As I get closer and closer to finishing up the silent films on The List, I realize more and more that silent dramas are difficult for me. This isn’t always true, of course, but I have a much harder time with dramas than I do with comedies. I think the reason for this is that silent dramas tend to ramp up the melodrama in favor of actual drama. This comes about, of course, because there isn’t any real dialogue, which means that we need to rely on the actions, reactions, and expressions of the actors. When all we have is over exaggerated mugging for the camera, melodrama ensues, and really, melodrama isn’t that interesting unless it’s done really, really well. 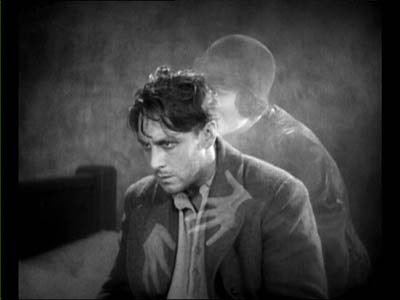 F.W. Murnau, of course, was capable of being that good. The question is whether or not Sunrise: A Tale of Two Humans is as good as Murnau could be. Like many silent films, the plot is extremely simple and straightforward, taking us through a spot of desperate evil, then reconciliation, a terrible almost-tragedy, and then a final reconciliation as the curtain closes.

At an unnamed spot out in the sticks, a man (George O’Brien) is married to a woman (Janet Gaynor). They have a child. They also have a problem. That problem is the woman from the city (Margaret Livingston), who has come to their backwards burg and overstayed her welcome. Why has she stayed? Well, naturally, she has stayed because of that sexy, sexy man with whom she is carrying on a poorly-concealed affair. She’d like the affair to end, too. She suggests to the man that he take his wife out on a little ride in a rowboat, then tip the boat, allowing his wife to drown. She even packs a few bundles of rushes into the boat so that he can float away when the boat capsizes. He reluctantly agrees.

On the boat, though, he discovers that he can’t go through with it. His wife understands what he was trying to do and runs from him, but he pursues and spends a good deal of the rest of the film trying to win her back. He does, slowly, and eventually she comes to trust him again. And then they head back out onto the lake to return home…and the boat sinks. Just like was going to happen an hour earlier! But this time, now fully recommitted to his wife, the man gives her the bundles of reeds to allow her to float safely to shore while he struggles against the water.

That’s not the ending, of course, but it’s as far as I’m going to go with it.

The story is probably too simplistic to really be that interesting here, and I have to admit that I wasn’t that captivated by the story being told. Boiled down to its barest essence, it’s essentially a man who cheats on his wife, relents rather than commit murder, and reconciles with his estranged wife as best he can. That’s really it—it’s an old story and something of a classic. And I even buy it to a certain extent. I think there’s genuine remorse in the man, and I appreciate that it takes a considerable amount of time for her to come around to believing that he is sincere. George O’Brien has a haunted look to him through the first part of the film, and it works completely.

More importantly in terms of the actual study of film is the realization that there are very few intertitles in large places of the film. After the initial plot, we don’t get much in the way of reading until about halfway through when our couple truly reconciles and recommits to each other when sitting and watching a marriage ceremony. It’s this sort of storytelling that helps me appreciate the art of the silent film more, since I didn’t feel as though I had to read the whole time.

Murnau is also smart enough to use his technical wizardry only as much as is necessary to convey the story. There’s some good rear projection work (obvious for us today, but not so much in 1927) as well as some excellent double exposures, but these serve to help tell the story rather than to stand in place of the story.

If I have a complaint here—and you know that I do—it’s that the middle of the film drags. The opening establishes the man’s desire for the other woman and his complicity in the plot to kill his wife, and up to the point of their reconciliation, the drama moves nicely. And then they reconcile, and we’re left with an extended “country couple in the city” sequence that serves only to fill space on the screen without doing much for our story. This sort of antic would work in a Harold Lloyd comedy, but the wacky hijinks of a couple of bumpkins seems out of place in a film that starts with murder and threatens to end with death. In other words, there’s a good chunk of this film that could be easily removed without much loss. I mean, do we really need to watch the man’s wife look on approvingly as he gets a shave and refuses a manicure? Seriously, the shaving scene here is longer than the docking sequence in 2001.

And that’s my issue here. There’s half an hour in this film that could be condensed into two minutes with no loss of story, or that half hour could be put to much better use.

Why to watch Sunrise: A Song of Two Humans: The story holds up.
Why not to watch: The middle section is worthless.
Posted by SJHoneywell at 5:54 PM