Film: The Quiet One
Format: Internet video on the new internet machine. 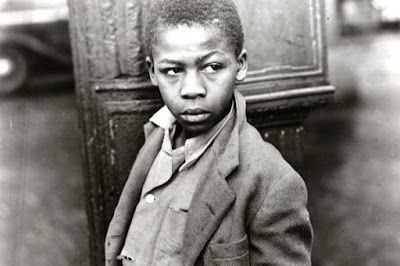 There are times when I regret the average length of a review that I seem to have gotten into the habit of writing here. A film like The Quiet One is important in a lot of ways and unique in several ways as well. And yet, I’m not convinced that there is a great deal to say about it. There’s a strange sense of propaganda about the film that seems unintentional, but a natural adjunct to the way the film is made. The film feels both entirely relevant despite being 70 years old and equally dated.

The Quiet One is unique in Oscar history as the only documentary film to ever be nominated for a screenplay Oscar of any type. It’s only “mostly” a documentary in that some of the events of the film seem very much to have been staged. It’s likely, or at least possible, that these events were based on real life, but it’s also possible that they were dramatically heightened or created as something that was intended to be representative of the truth. In any event, it’s incredibly unlikely that a camera crew would have gotten this footage naturally, and a number of the events have a staged feel to them.

This is the story of Donald Peters (Donald Thompson, more or less playing himself under an alias), a young African-American boy who lives in a world that has almost entirely rejected him. His father is no longer in the picture and his mother is unconcerned with him and his infant sibling. Donald acts out, and while that’s something that we’re supposed to think is a Very Bad Thing (and it pretty much is), a lot of his acting out is pretty understandable. Donald doesn’t really have anyone in his life who he can genuinely rely on. Most of the people in his life don’t care enough about him to treat him well, or consider him enough to treat him at all.

Eventually, Donald is taken away by the late 1940s equivalent of Child Protective Services and put into a school called Wiltwyck. It is here that Donald will live and learn to deal with his many issues that have been more or less forced into him by an uncaring society and a family that would have been better off without children.

Once he’s at the school, Donald slowly starts to come out of his shell. There’s a lot of shell to come out of, though. While he starts to open up, he also becomes insanely jealous of anyone he likes offering any sort of emotion to anyone who isn’t him. While this is kind of a spoiler item, it’s worth saying that The Quiet One ends with something very similar to a plea for additional funds to help additional kids like Donald.

And that’s really it. The Quiet One very much has the feel of a film that wanted to be a documentary, but couldn’t figure out a way to get all of the necessary scenes filmed. What appears to have happened is that the principle characters were gather together, put into a variety of situations vaguely akin to the reality, and then given something like a script and the instruction to create a realistic scene as best they can.

But that’s really it. The Quiet One is narrated by Gary Merrill, who has a pleasant enough voice and manages to sound authoritative. The commentary was written by novelist James Agee, a fact that is the likely cause of the film’s screenplay nomination.

Is it good? It is, I supposed, but I can’t call myself enthusiastic about it. It’s a fine film for what it is, but what it is feels like a long advertisement for a political candidate running on a reform platform. And at 64 minutes or so, it feels like it doesn’t really go anywhere.

Why to watch The Quiet One: It is the only documentary film ever nominated for a screenplay award.
Why not to watch: There’s a sense that we’re being set up to be sold an idea.