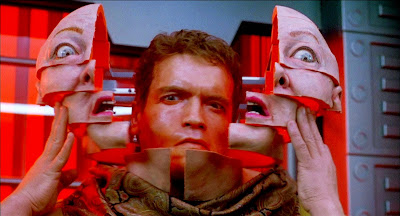 It seems that 1990 was an odd year for film. I don’t love all five of the nominated films, but there aren’t a lot of directorial performances I can come up with to replace the five nominees. I’d have liked seeing a nod to Paul Verhoeven for Total Recall despite the Academy’s general dislike of science fiction. Jerry Zucker’s work on Ghost might be worth a mention, too. The Coens’ work on Miller’s Crossing went unrewarded, and I’d put them in the running. On the scarier front, both Rob Reiner’s work in Misery and Adrian Lyne’s directorial work in Jacob’s Ladder were deserving of some love. On the foreign front, the strange nature of Abbas Kiarostami’s Close-Up may have prevented it from some nominations, but shouldn’t have prevented him from a deserved nomination. Still and all, almost all of these films I’ve mentioned are genres that don’t typically get a lot of Academy love.

5: Dances with Wolves is one of those Best Picture winners that has suffered a massive backlash since winning. I see that, and even agree with a lot of it; it’s not nearly as good a movie as everyone seemed to think in 1990. A part of that comes from the direction. I’d like Dances with Wolves more than I do had Kevin Costner shown even a little restraint. The full version of this film runs nearly four hours (the theatrical cut still tops three hours) to tell a story that could have been told in under two. More is not always better.

4: It’s hard to argue against Francis Ford Coppola’s nomination for The Godfather Part III despite the third episode of that story being the weakest in many respects. Ultimately, what I have to say about Coppola here seems to be what I say about a lot of Best Director nominees—I get that he deserves some credit for keeping the whole massive story coherent, but other than that, what did he really do here? It’s a better movie than most people remember, but I don’t see his work as being exceptional here.

3: I’m not hugely familiar with Barbet Schroeder as a name, and yet when I look at his filmography, I see a number of films that I like. Reversal of Fortune had the difficult task of making an unpleasant main character the center of the film. We’re not supposed to like Claus von Bulow, but we are supposed to understand that even an insufferable asshole deserves real justice, and that being an asshole isn’t a convictable crime. The film works, even if it leaves us feeling oily at the end. It’s good work, and the nomination was deserved.

2: I seem to like The Grifters more than a lot of other people do. I think it’s a brilliant movie in a lot of respects. It proved that John Cusack could do more than just be a goofy teen romantic lead. It went full-bore into bringing noir sensibilities to a more modern era. It’s also a twisty plot that reveals just enough information to keep us engaged in the story and yet keep us guessing as to what will happen next. Much of this comes from the screenplay, of course, but a great deal of that comes from Stephen Frears. This is a film that doesn’t underestimate its audience, and that’s almost entirely due to Frears’s work behind the camera.

1: In retrospect, is there really a choice other than Martin Scorsese and what he did with Goodfellas? Scorsese not winning in 1990 is an argument for the idea that Oscars really shouldn’t be handed out until films are five years old. Run this competition today, or 10 years ago, or 20 years ago, and Scorsese doesn’t have to wait until 2006 to win an Oscar that he deserved multiple times before. Scorsese was robbed. He knows it, you know it, and in his heart, Kevin Costner knows it, too.

Email ThisBlogThis!Share to TwitterShare to FacebookShare to Pinterest
Labels: 1990, Best Director, Dances with Wolves, Goodfellas, Oscar Got It Wrong, Reversal of Fortune, The Godfather Part III, The Grifters