Film: Life Itself
Format: Streaming video from NetFlix on The Nook. 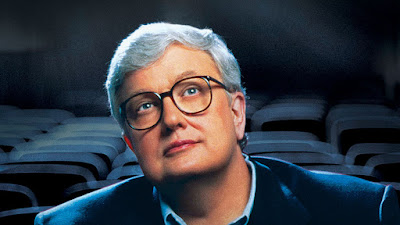 It’s not a stretch to call Roger Ebert an inspiration. For anyone who keeps a movie blog, Roger Ebert is in some way the cause of that blog. Ebert democratized film criticism. He made it something that everyone could do, opening up the conversation on what film is and what film means to everyone. People have probably talked about movies since the movies began, but with their television show, Roger Ebert and Gene Siskel made seriously discussing films something we could do. So when I found Life Itself, a film about Ebert’s last days streaming on NetFlix, I knew it was something I would watch. I also figure there’s a 50/50 chance of it appearing in the next edition of the 1001 Movies because of how much of an impact Ebert had on film criticism.

I’m not, however, going to discuss the film that much here. It isn’t exactly a warts-and-all biography, although there are plenty of warts on display. It is an honest look at the man’s life, though, looking at his faults and failures and his triumphs. Like any good biography, it’s filled with quotes from the man himself as well as from friends, colleagues, and admirers and a great deal from his wife Chaz. It’s also a frank look at his last days, his battle with cancer, and his how, despite losing his ability to talk in his last years, how he continued to be a part of the conversation, continued to be vital to film and film culture, and his own reflections of a life lived sitting in the dark and staring at a screen.

That’s really all the summary you’re going to get from me. For me, Ebert was, is, and will continue to be a hero. I said above that movie bloggers are beholden in some respect to Roger Ebert and to Gene Siskel, and that’s absolutely true of me. I was a dedicated fan of Siskel and Ebert At the Movies under its various names and incarnations. Of the two, it was Roger Ebert with whom I seemed to agree more often than not. Sure, there were plenty of times that I think he got something wrong, but while he was in his prime, he was the critic who I read more than any other and the one whose opinions I found to be the most in tune with my own.

I attribute a great deal of this blog to the influence of Ebert. Both Ebert and Siskel allowed someone like me—someone who had no real background in film aside from simply loving film—to join the conversation and throw my opinions into the mix. I’ve also tried to adopt as much as I can the opinion on criticism and reviewing from their example as I can. I have strong opinions on the movies I watch in general, and I’m not always in the majority. Even when I am, there are people who disagree with me. I’ve tried to encourage that as much as possible not by modifying my own opinions to match those of readers, but by not stifling what others have to say. I think it’s worked. I love respectful disagreement because it’s what makes the conversation happen. If we always agree, we have nothing to talk about, but if we simply argue, we have nothing to show for it.

I started this blog almost six years ago to because I think my opinions are any great shakes, but because I like to talk about movies. I particularly like to talk about movies with people who know what they’re talking about. That’s part of it, at least. I do this also because I wanted to chronicle my own progress as a film viewer, to see if from humble and amateur beginnings I could make my way into something still amateur but at least knowledgeable and informed. I wanted to see if I could make myself into not an authority, but someone who could speak with authority on a topic I love. I have Ebert to thank for that, too, since he is one of the people who made me think that such a thing was possible.

Have I done that? I don’t know, and I don’t really care. Roger Ebert gave me a gift, and gave one to everyone else who loves film and loves writing and talking about film. He made it okay for us to do. Whether my opinions affect anyone else, change a mind or two, or even get someone to watch a movie they might have otherwise overlooked is a bonus. I’ve always done this blog for myself more than for anyone else, and that’s a legacy from Ebert as well—he made it okay for all of us to have our own opinions and our own reasons for them. Art affects us all differently. Not all film is art, of course, but enough of it is. Pursuing film has opened my eyes to that, and to seeing things that have affected me permanently, changed me in ways I still can’t fathom or categorize.

Life Itself is not a tribute to Ebert, but simply a discussion of who he was. That fact makes it a much more meaningful tribute than any worshipful biography could have been. It’s honest and it’s inspiring, and I’m happy to have seen it.

Why to watch Life Itself: Because Roger Ebert should be a hero to everyone who loves film.
Why not to watch: If you’re reading this blog, there’s no reason not to watch this.