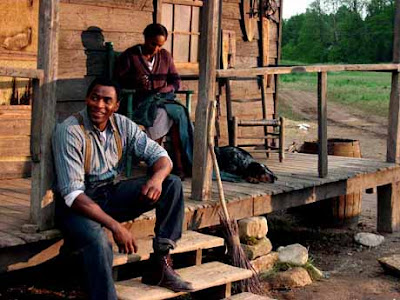 I don’t do a lot of blogathons. It’s not because I don’t have a desire to participate in them; instead it’s that the way this blog functions, they don’t normally fit into the sort of posts I do here. I’m pretty solidly focused on movie reviews and more specifically on Oscar movies and the occasional horror film. I don’t do perspectives on actors’ careers or focus on film movements or genres. When Wendell Ottley announced the Acting Black Blogathon some time ago, I wasn’t sure if I’d jump in or not. However, this was a blogathon that could potentially fit into what I do. But what do I know about the black experience? In a lot of ways, I’m the least “diverse” guy I know. I’m a middle-aged, heterosexual white guy. My experience has been the default experience shown in movies for years, and so there’s a bit of concern on my part that I might not have a great deal to say. 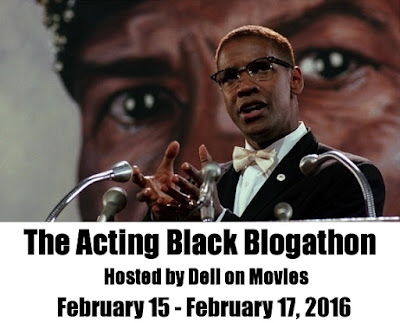 Sounder is very much a “black experience” movie, taking place in the South during the Great Depression and concerning the trials of a dirt-poor black sharecropping family. We start with father Nathan Lee Morgan (an Oscar-nominated Paul Winfield) out hunting with oldest son David Lee (Kevin Hooks). The raccoon they are hunting gets away despite their best efforts and the efforts of their dog, Sounder. It’s soon evident that this failure of hunting means no meat for the family for another day. So it’s a surprise when there’s meat cooking the next morning, and mother Rebecca Morgan (an also Oscar-nominated Cicely Tyson) asks no questions.

The arrival of the meat is no real mystery—Nathan Lee raided the storehouse of someone in the area and stole the meat to feed the family. It’s not long before he’s picked up and taken to jail, leaving young David Lee, who is maybe 11, as the man of the house, responsible for doing the sharecropping with his mother and younger brother and sister. This is important for the plot, since Sounder is less about the plight of the Morgan family, Nathan Lee’s incarceration, the fact that Sounder is wounded by a deputy when Nathan Lee is arrested, or even Rebecca Morgan’s struggle with having to hold her family together while her husband is gone for a year. No, this is about David Lee growing up and how all of this affects him and his education.

Reallly, that’s what this is about. Nathan Lee’s departure means that David Lee needs to do his father’s work on the farm, and that means there’s no way for him to continue going to school. What the family really wants to know is the name and location of the labor camp Nathan Lee is sent to. In fact, the only way they figure this out is through the assistance of Mrs. Boatwright (Carmen Mathews), evidently the only decent white person around. She learns Nathan Lee’s location by sneaking a look at the police files and teaches the family how to read a map. Shortly thereafter, once the sharecropping is harvested, David Lee is sent off to find him.

Sounder only works as a film because it’s both about the struggle here, but also about the uplift. David Lee finds his father, but is wounded by one of the guards. He is bandaged by a young black schoolteacher, who decides to help David Lee learn to read fluently. And that’s the guts of the story here. We don’t actually get to this until we’re well over an hour into the story, but everything builds to this, and builds to David Lee’s need for something more than the sharecropping life that he’s been born to.

Paul Winfield’s Best Actor nomination is curious in the sense that his role feels much more like a supporting one. He’s central to the way the movie works—David Lee’s journey only happens because Nathan Lee is trying to care for his family as best he can—but Winfield is absent from a substantial portion of the film. And this isn’t to take a single thing away from what Winfield does here. I’d nominate the man in a heartbeat for Supporting Actor—he brings a quiet gravitas to this role, and even when he’s not on camera, there is a definite weight from his character present at all times.

If Paul Winfield is in many ways the driving force of the narrative, it is Cicely Tyson’s Rebecca who is the film’s emotional heart. What makes her performance so moving here is that it happens behind the main thrust of the story. It’s Rebecca who keeps the family together, Rebecca who figures out that David Lee can be sent to find his father. For a young child, or even someone the age of David Lee, this is completely invisible. This is what Rebecca is supposed to do. For anyone who has ever helped raise a child or is raising a child, though, Rebecca’s strength may be the only thing that keeps the Morgan family moving forward.

What makes Sounder work is not that it ends up with a happy ending (it kind of does. It’s a bittersweet ending, but it’s at least hopeful) but that the ending is genuinely hopeful. It might be a little bit of a cheat in the sense that it gets us to perhaps the best ending we could hope for with the Morgan family, but gets there honestly and because despite being a movie family, the Morgans come across like a real family. So if it’s a cheat, it’s the best kind of cheat it can be. It’s sappy and sentimental, but it’s fine.

It’s worth noting that the book this is based on is called Sounder and the dog has a much larger role in the book. In fact, in the book, evidently the dog is the only one with a name. You’d think that with this much of a rewrite in terms of the focus, that perhaps a new name was warranted. I guess not. It’s also worth noting that Sounder was produced in part by Mattel. It’s an odd marriage. Then again, Willy Wonka and the Chocolate Factory was produced by Quaker Oats, so what do I know?

Why to watch Sounder: Because we shouldn’t forget what life used to be like.
Why not to watch: It’s named after the dog, and the dog isn’t in it much.