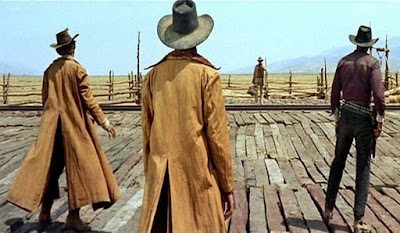 I was surprised at how many movies from what seems like the unassuming year of 1968 turn out to be really noteworthy, especially in the area of director. The actual list of nominees is decent, but far from perfect. Just off the top, Sergio Leone’s work in Once Upon a Time in the West seems like a huge miss. The same is true of Roman Polanski and Rosemary’s Baby. Faces from John Cassavetes would have been an interesting nomination. I like a lot of what Norman Jewison did with The Thomas Crown Affair as well. The same is true of Peter Yates and Bullitt, which rewrote the way car chases are made. Nicholas Roeg’s Performance might deserve some acknowledgement as well. In the “not really Oscar, but…” category, there are films like The Producers from Mel Brooks, the surprising Targets from Peter Bogdanovich, Lindsay Anderson’s work on If…., and George Romero’s seminal Night of the Living Dead.

5. I love Carol Reed, but Oliver! doesn’t belong here at all. Reed absolutely deserved an Oscar at some point in his career, but giving him one for this film is so wrong it’s almost depressing. This could be viewed as a sort of career Oscar given in a competitive category, but I think there’s a better explanation. Reed’s win here feels much more like the last gasp of classic Hollywood trying to keep the industry where it was rather than having it turn into what it did in the years following. This may not be Oscar’s worst moment, but it’s in the running.

4. The main selling point of Zeffirelli’s Romeo and Juliet is that it is a truly beautiful film. I will not take that away from it. I’m not convinced that it’s a great film, though. In fact, I think it won the Oscars it should have: Best Costume Design and Best Cinematography. I’ll admit to some bias here. I don’t like the story. I’ve never liked the story and it’s one of my least favorites of Shakespeare’s plays. In the best of situations, I’m never going to love it, and while Zeffirelli’s work is good, he wouldn’t make my list of nominations.

3. Part of a director’s job is getting the best performances he or she can from the cast. Anthony Harvey did that with The Lion in Winter. Both Katherine Hepburn and Peter O’Toole give monster performances here, and while we tend to expect that of them both, part of that credit goes to Harvey. That said, I’m not sure given the other films that weren’t nominated in this year that I would nominate this myself. Hepburn, yes. O’Toole, yes. Harvey? I’d need to be convinced with Leone, Jewison, Polanski, Yates, and even Romero still on the sidelines.

2. In a lot of years, my vote would go for Gillo Pontecorvo and The Battle of Algiers. In fact, had he been nominated in 1966 when the film was actually released, he’d almost certainly be my winner without much of a question. Pontecorvo’s track record as a documentarian is on full display here, and that’s a huge part of what gives this film its power. The film asks a lot of questions and doesn’t really offer any real answers. That’s smart filmmaking, and moves this into a rarified position of a film that should be watched by everyone. Pontecorvo simply had the bad luck of being nominated in 1968.

1. Say what you will about 2001: A Space Odyssey, there is nothing else like it. I think Stanley Kubrick should have won multiple Oscars in his career, and while there are certain ways in which I think 2001 is overrated, it is one of the most singular visions to ever appear projected on a screen. I freely admit that this is not a film I want to watch that often, but it is a truly amazing achievement. This is one of those rare films that I feel guilty calling a “movie.” This is art, and while Arthur C. Clarke gets some of the credit, this is entirely Kubrick’s vision on the screen. Like it or not, Kubrick did something here that had never been done before, and that should have been recognized.

Posted by SJHoneywell at 9:39 AM

Email ThisBlogThis!Share to TwitterShare to FacebookShare to Pinterest
Labels: 1968, 2001: A Space Odyssey, Best Director, Oliver!, Oscar Got It Wrong, Romeo and Juliet, the Battle of Algiers, The Lion in Winter