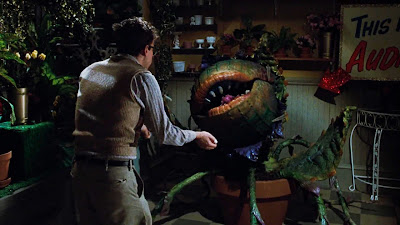 I’ve looked at 1986 before (Best Picture in that case), so a lot of the movies that were missed there were missed here. Four of the Best Director nominations were also nominated for Best Picture, with Blue Velvet replacing Children of a Lesser God. So, the films that I would mention here tend to be the same. Stand By Me, Aliens, Salvador, The Fly, Sid and Nancy and Down By Law run the gamut for me for this year as films that might have been worth of consideration, even if films like Aliens and The Fly would never really be considered in the real world. If I don’t mention Frank Oz and Little Shop of Horrors here, Nick Jobe will attempt to kick my ass, so I’ll mention him, too.

5: It’s perhaps obvious that I would select A Room with a View as my bottom selection here. I won’t disagree that this is a lovely film to behold, but I don’t find the story interesting in the least. This means that on my end at least there’s a significant pacing problem with this film. I found this film to be incredibly tedious. Part of that comes from the story and the screenplay, but it’s the director’s job to keep me interested with the way the story is told. James Ivory failed in that respect for me. No thanks.

4: I feel a little guilty putting Woody Allen in the fourth spot, but that is where I’m going to stick the directorial effort for Hannah and Her Sisters. I genuinely like this film, so there is a little guilt putting it in fourth. My reason is that I can I see exactly what Allen did with this film as an actor and what he did with it as a screenwriter. There’s less evidence of what he did as a director. I appreciate when a director steps out of the way of the story and lets it tell itself. This is another example of that being the correct decision; the story is strong enough that it doesn’t require the directory to fiddle with it. But is that really deserving of a Best Director nomination?

3: I have nothing but positives to say about The Mission, but again, I’m not sure that the direction of the film is specifically noteworthy. It won the Oscar for cinematography, and if we were talking about that award, I’d be wrapping up this post and telling you that the Academy made the right call. This is another film that trades on its story and its performances where the director allowed the camera to contrast the beauty of the scenery with the evil of the actions. A great film and one I liked more than I thought I would, but not a winner for this award.

2: Platoon is hardly my favorite film from 1986, but I’d be hard-pressed to say that at least in some respects, it isn’t a great film. A lot of the reason for this is the direction of Oliver Stone. This is absolutely a Stone picture; I’m not sure anyone else could have made this story with the same impact that he did. In other words, this is the first good to great film on this list where I really see the hand of the director and see that hand shaping the film in ways that influence how I see particular aspects of it. I think it’s the wrong choice for Best Picture, but the win for Best Director is a solid choice, and one I can live with.

1: It’s a cliché for someone like me, who is a David Lynch fan, to suggest that Lynch should have won an Oscar for one of his films. Blue Velvet isn’t my favorite of his films, but it is the one most deserving of (and most responsible for) the word “Lynchian.” Blue Velvet is completely Lynch’s product, something that probably wouldn’t even exist without him, even if someone else had written the screenplay. There is no separation between director and film for me here. I don’t watch Blue Velvet that often and I can’t say I love it when I do watch it, but I always find value in it and it always makes me want to watch more of David Lynch’s work. So for me, it wins. 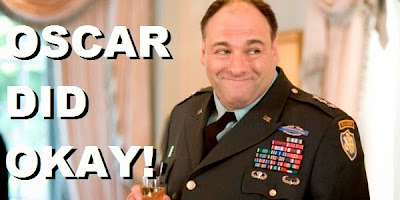 Posted by SJHoneywell at 1:51 PM

Email ThisBlogThis!Share to TwitterShare to FacebookShare to Pinterest
Labels: 1986, A Room with a View, Best Director, Blue Velvet, Hannah and Her Sisters, Oscar Did Okay, Platoon, The Mission