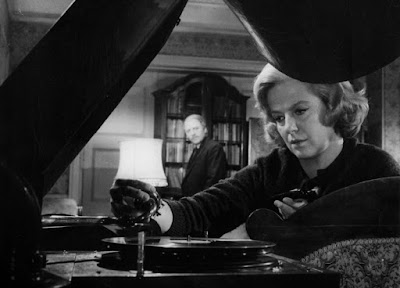 It’s rare that I find a year with such odd nominations. The Adapted Screenplay nominations for 1964 are identical to those for Best Picture and Best Director and almost the same as those for Best Actor. I think there’s room for improvement. The first one I’d add is the chilling Séance on a Wet Afternoon. The same could be said for the disturbing Woman in the Dunes. I’ll toss out a nod to Roger Corman’s version of The Masque of the Red Death, which makes a lot of hay with a very short story.

5. I know it isn’t popular to suggest that Mary Poppins isn’t that good, but I don’t like it that much. I find it too maudlin and drippy, and while a few of the songs are good, it’s not a story that I find charming or interesting at all. In fact, Mary, who is supposed to be this figure of magic and joy, is actually pretty nasty from a certain point of view. I think the problem may simply be that it hasn’t aged very well, and for me, it’s a film that no longer has an audience. I’d rather see the ones I mentioned above here instead. 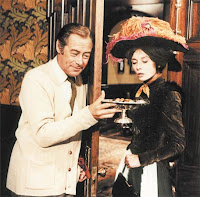 4. I want to move My Fair Lady higher than this, but I can’t. The truth is that I like the Pygmalion story pretty well, but I like the musical aspects of this far less than the original version by Shaw. Yes, some of the songs are very good—some are legendarily good. But I prefer this story without the music. It’s a fine adaptation of the original story. Really, though, the main reason I’ve put this fourth is that My Fair Lady changes Eliza. It may simply be Audrey Hepburn’s performance here, but this Eliza comes across as much weaker and less ballsy than other versions. I don’t like that much.

3. I’m not sure how to approach Zorba the Greek. I expected this to be a joy-filled romp with a good-natured Greek man (played by a Mexican actor) and it’s really not. This is a film that I respect a lot more than I like it. I guess my real problem is that Zorba the Greek travels in a very large circle; we pretty much end up exactly where we started. It feels like a long way to go to get nowhere. I find that frustrating. It’s well-written and good for what it is, but I don’t love it as much as I’d like to.

2. Of the five nominations, Becket is the first one here that I’d probably keep with my own list. Were I to create my own list, Becket would be there, but would probably come in fifth place. There’s nothing specifically wrong with the film. It’s very cerebral, the sort of film that needs to be taken with a large dose of caffeine. It also turns mostly on the performances of Peter O’Toole and Richard Burton more than it does on anything else. I get why it won, but it didn’t really deserve to, and really only deserved to be nominated by a slim margin.

1. I’m conflicted at the top here. Based on the actual nominated films, I hand this to Dr. Strangelove 10 out of 10 times. With my own list of nominations, it probably wins 7 of 10, with the other three being taken by Séance on a Wet Afternoon. That said, my rule here has always been that ties go to the Academy. A tie in this case means that at least they nominated something worthy of winning, and so they get partial credit for getting the nomination right if not the actual winner.