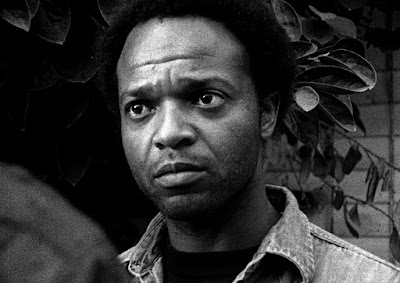 It appears that many of the movies that I’d consider nominating for screenplay from 1978 are adapted works. That said, I did find a few that I think would be worth considering, a couple of them that would also be the sort of film that Oscar would genuinely consider. For the non-consideration films, I’d start with Animal House. Perhaps not as influential any more, this was a film that in many ways defined a great deal of comedy through the 1980s. I’d also bring in Halloween, a film that in many ways defined its genre (or subgenre), but that’s not really Oscar material, either. On the “could really be nominated” front, we have Days of Heaven, which seems surprisingly absent. For all of Hollywood’s professions of being racially sensitive, the blatant omission of Charles Burnett’s Killer of Sheep, arguably one of the two or three most important films about the African-American experience, is significant.

5. I wanted to like An Unmarried Woman, but that desire was crushed by what I think is an unfortunate and ugly screenplay. This is a female empowerment movie—I have no issue with that. But it’s a female empowerment movie that claims that empowerment by making pretty much every single male character in the film a jackass. The sign of a good screenplay in many cases is if the roles are gender-reversible; it’s why I like Gravity as much as I do. Here, switching the genders makes this an exercise in male chauvinism, so it doesn’t work in its present form.

4. It’s hard say that The Deer Hunter had a bad script, but I think it was a screenplay laden with problems. The biggest issue I have with the movie is the same issue that just about everyone else has: it takes forever to get started. That wedding scene is damned eternal. Yes, there are great moments in this film, a few truly iconic moments. Having those doesn’t make the rest of the screenplay better, though, and when a film feels like waist-deep mud for the first hour, fingers need to be pointed. Part of that is the direction, but part of that is the screenplay that led the director to make those decisions.

3. Actual winner Coming Home has a fine screenplay, but I think there are some issues as well. This is a film that I think has an ambiguous ending. That works for a number of movies, but it doesn’t work for this one. The ambiguous ending works when there’s a conversation to be had afterwards (like, say, Inception). There’s no conversation to be had after Coming Home in terms of what the ending actually means. It’s a fine movie, but since there are better screenplays available, it’s not a winning screenplay in my opinion.

2. Autumn Sonata is one of those films that isn’t pleasant to watch and is also the sort of film that I probably won’t watch again. I like a lot of Bergman and I like this one quite a bit. What prevents it from reaching the top is that it’s very slow for most of its running time. When we get to the actual meat of the plot, it all comes out in a rush and it’s a wonderful thing to see, but getting there takes a long time. It’s damn fine work, like most of Bergman’s movies, but there’s one I like better.

1. Interiors was the first purely dramatic work of Woody Allen, and it’s a peach of a screenplay. I admit that it’s very much like an open wound. There are no jokes and nothing funny. It’s painful and withering, and it’s brilliant because of it. Allen’s films don’t always work, but most of them do, and when he’s working well, he is one of the best screenwriters in the history of film. This is one of his best, and I can only think the Academy didn’t want to give him two in a row. They should have; he deserved it.

Posted by SJHoneywell at 9:18 AM