The Butler Did It 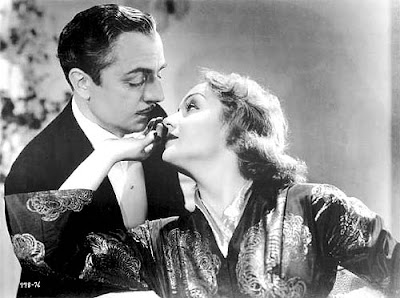 No one has ever told me that I don’t think enough. Especially when it comes to things like film, I have a tendency to overthink, to read too much into what I’m seeing than I should. Freud is alleged to have once said, “Sometimes a cigar is just a cigar,” a reminder of which I need a frequent reminder. When I see a film like My Man Godfrey, I tend to spend too much time thinking about it and not nearly enough time simply enjoying it for what it is.

I can’t help that. Because of this, what should be a little happy-go-lucky screwball comedy becomes, in my world, a film closer in many ways to tragedy. It suffers from the necessity of a Hollywood happy ending, which turns the film from a subversive little comedy into something it shouldn’t be. Essentially, the wrong people win here. The film builds up to what should be a completely devastating commentary on the social and economic situation of the Great Depression…and then it punks out and gives in at the end.

We start with the Bullocks, a sort of quintessential screwball comedy family: dad (gravel-voiced and tubby Eugene Pallette), mom (Alice Brady), older daughter Cornelia (Gail Patrick), and younger daughter Irene (Carole Lombard). The women are participating in a scavenger hunt, out with the rest of the posh crowd looking for things that, as we are told, no one really wants. One of these things is a “forgotten man.” Cornelia spots a transient living in the city dump and wants to bring him along, but he pushes her into an ash pile. Instead, he wanders back to the party with Irene, winning her the prize for being the first one in with a human being for everyone to poke at and make fun of, and he leaves, justifiably outraged at being put on display as an object d’arte for rich people. However, Irene realizes exactly how degrading this process has been, and offers the man a job as a butler, and gives him some money to clean himself up.

This man is Godfrey (William Powell), who actually comes from a rather posh Boston family, but has dropped out of society for a variety of reasons. He takes the job and proves to be an admirable butler, since he’s the type who grew up with a butler and thus knows what is expected. He interacts with the family in a variety of ways. Irene has fallen desperately in love with him, and tries to mask this by claiming that he is her protégé. Cornelia aspires to be suspicious of Godfrey, but really manages little more than trying to spite her sister because she can. Mom is deliriously stupid and barely able to handle a conversation, while Dad does nothing but complain about money, hint at the family fortune being pissed through, and complain.

The middle act concerns both Irene’s desperate cry for attention from Godfrey and Cornelia’s attempts to, essentially, destroy the man for no reason other than the fact that Irene is infatuated with him and because she can do it. She learns that Godfrey actually has a past in society and she hides a string of her own pearls in Godfrey’s room, hoping to get him arrested when she claims they have been stolen. She’s foiled in this, a moment in which Irene takes nearly psychotic pleasure.

All of this builds up to what should be an incredibly satisfying conclusion. This is wry and intelligent social commentary up until the last fifteen minutes or so. Godfrey is a real man, a man who has seen the world from both sides of the glass. The wealthy Bullocks have absolutely no concept that other people have nothing. They question not that Godfrey was found living in the city dump, but why he would “choose” to live there, as if he had a choice at the time. Had La Cava stuck to his guns on this, My Man Godfrey could have been a real commentary on what the experience of real people was like at the time. But pressures from the studio or a necessity to stick with the formula gives us a formulaic happy ending to the point where Godfrey is essentially captured in marriage not of his choosing at the end, and a return to the society he escaped from in the first place.

And so, ultimately, I find this movie infuriating. I should have liked it and would have liked it had La Cava stuck with where he was going instead of making the turn into Happyville. It was close, but ultimately missed the runway and crashed on landing. Dang.

Why to watch My Man Godfrey: Screwball comedies are their own thing.
Why not to watch: An overwhelming desire to punch almost everyone on camera and an infuriating ending.
Posted by SJHoneywell at 12:13 PM