Don't Have to Ask, Don't Need to Tell 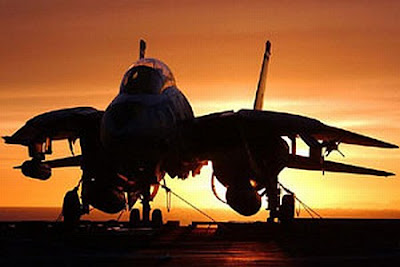 Once upon a time, just after I graduated from high school, when I was a Steve but not yet a Movie Guy, the movie Top Gun was released to a decent amount of critical acclaim. Back in those days, I was far more interested in drinking and having a good time than I was in watching film or intellectual pursuits. I went to see Top Gun with a group of my drinking buddies. The purpose wasn’t to watch the movie, but to “have a good time.” That being the case, we snuck a massive amount of beer into the theater. Thanks to my Army surplus pants and the liberal use of washcloths to deaden the clinking noises, I got in 18 Little Kings myself. I don’t remember much of the movie, although I do vaguely recall something having to do with airplanes.

Top Gun came right in the heart of Ronald Reagan’s second term in office, back in the heyday of the ‘80s when pro-America meant crapping on the poor, ignoring that AIDS existed, and building bigger and better weapons. I can’t help but imagine that this film gave Michael Bay his first cinematic hard-on and gave us all of the movies in his dubious canon. The intended message of this film, Kenny Logins soundtrack and all is undoubtedly one of American kickassitude and military superiority, and apple pie and the rest of that, although the real message is considerably different. We’ll get to that in a bit.

We’re introduced to our main character as he is flying. This is Maverick (Tom Cruise), a hotshot pilot of great skill and little impulse control and the man who sits behind him in the cockpit, a family man with the unfortunate callsign of Goose (Anthony Edwards). The two are flying a mission off an aircraft carrier with another plane headed by Cougar (John Stockwell) and Merlin (Tim Robbins…yes, that Tim Robbins). They encounter a couple of enemy MiGs, Maverick scares them off, Cougar loses his nerve and drops out of flying, and thanks to this, Maverick and Goose are sent off to Top Gun, the naval training school for the absolute best Navy pilots.

Once here, we meet a slough of character actors from the 1980s. Primary among these is Top Gun instructor Jester (Michael Ironside) and the winner of the first Top Gun trophy, Viper (Tom Skerrit). Maverick’s main competition at Top Gun is Iceman (Val Kilmer) and his backseat driver, Slider (Rick Rossovich). Maverick makes an ass out of himself in front of a woman at a bar, and she proves to be a civilian instructor codenamed Charlie (Kelly McGillis). Oh, and Goose is married to Carole (Meg Ryan). Seriously, all we need now is Stallone and Michael Biehn.

As Maverick and Goose hotshot around, we learn a number of things about them. We learn that Goose generally attempts to be Maverick’s conscience and fails miserably at it. We learn that Maverick acts the way he does in part because his father vanished in a jet under mysterious circumstances. We learn that Charlie can’t keep her hands off Maverick after he douches around her a lot. And we learn that as soon as we see a nice guy (Goose) happy, that we can expect him to die pretty soon after that, which is precisely what happens. It happens in a training mission when a freak incident happens that causes Maverick to lose control of his aircraft and Goose is killed when his ejection seat knocks him into his own canopy. The inquest clears Maverick of wrong doing, but of course he loses his nerve, and so for awhile we get to watch Tom Cruise act not like his typical self but as the Tom Cruise who doubts himself when suddenly everyone else believes in him. We’re supposed to flash back to Cougar at the start of the film here and think that it’s just possible that he’s lost his nerve for real…but of course he hasn’t.

And then, of course, there’s a real combat mission and the Navy needs Maverick and Iceman to fly it and everything works out, as if you didn’t know that going in. It’s a Tom Cruise movie from the mid 1980s, so no other ending was really possible.

Top Gun is Tom Cruise at his Tom Cruise-iest, his most douchey. It also features Val Kilmer at his douchiest as well. These are the guys who shoved band geeks into lockers in high school and got applause for doing so continuing to act like the world owes them everything they want. In short, it’s a film that could only have come from the time and place that it did.

The selling point for this movie wasn’t the ridiculous and straight out of Hollywood love story between Maverick and Charlie but the air combat sequences. These are pretty good if frequently confusing, but still pretty damn cool overall. I don’t really groove on airplanes that much, but there is a steroid-fuelled joy to watching stuff fly really fast, missiles launching, guns firing, and airplanes exploding.

That said, Top Gun is the most homoerotic film I have seen since I watched Satyricon last year. Iceman and Maverick hate the hell out of each other the way young boys show how much they hate girls by dumping their books. By the end of the film, they’re seconds away from dry humping each other on the flight deck. This is not the most homoerotic moment of the film, though; that happens when Maverick, Goose, Iceman, and Slider are playing beach volleyball shirtless (except for poor Anthony Edwards) while Kenny Logins sings “Playing with the Boys.” It’s gayer than a set of Paul Lynde Underoos, even more than the pilots walking around dressed in tighty-whiteys and towels or Val Kilmer making biting motions at Tom Cruise or the song over the credits singing about “blue steel” and “tak[ing] me on your mighty wings TONIIIIIIIIIIIIIIGHT.”

Honestly, I’m not surprised. Many of the most masculine things have this layer of homoeroticism in them, and the military is no different than wrestling in that regard. I just don’t remember it being this punch-in-the-face evident. Don’t ask, don’t tell, wink wink, nudge nudge.

Why to watch Top Gun: Flight sequences.
Why not to watch: Everything else.
Posted by SJHoneywell at 2:26 AM