There are certainly films on this list that I think shouldn’t be there. When I come across one of these, I really try my best to understand the rationale behind the film’s inclusion. Even if I don’t like the film or don’t find much of value in it, I want to try to remain open minded enough that I can spot someone else’s reasons for finding the film important. 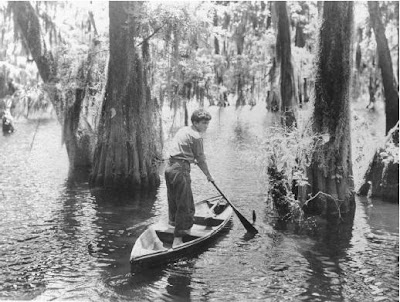 However, there are also times when I get a film like Louisiana Story. I watch, I watch more, and when the film ends, I look at the screen with the expression my dog makes when it hears a noise it doesn’t understand.

Robert Flaherty specialized in ethnographic, documentary-style films. In fact, it was Flaherty who essentially created the documentary genre with Nanook of the North. Louisiana Story was his last film, and he never really strayed too far from where he started. While this film is fiction, it’s also very much done in the documentary style (enough so that it’s usually recorded as a documentary) and used local actors instead of experienced thespians.

He also never strayed too far from his silent film roots. Louisiana Story plays very much like a silent film throughout despite the sound effects, occasional dialogue, and the tremendous score, of which I will speak in a few minutes. Frequently we are treated to panoramas of the Louisiana bayou country, swamps, alligators, birds, trees, and as the film goes on, a large oil derrick.

We follow a young boy with the hellaciously awesome name of Alexander Napoleon Ulysses LaTour (Joseph Boudreaux), called officially “the Boy,” and his pet raccoon as they live an idyllic life in the middle of a swamp. The Boy fishes, avoids gators, and believes in a variety of mystical creatures inhabiting his world, like mermaids that swim up from the ocean and werewolves that hunt among the trees. The Boy keeps a small sack of salt tied to his belt as a method of protection, and catches massive catfish by baiting his hook with his own saliva.

At the start of the film, the Boy’s father (Lionel Le Blanc) deeds over a part of the swamp to an oil company so they can wildcat a drill rig to see if there’s anything under the swamp worth getting. The boy is fascinated by the oil well and frequently spends his time there, becoming a sort of informal mascot of the drillers. As the drill bores deeper and deeper into the swamp, it hits a gas pocket, which threatens to stop the drilling. The Boy, looking to help his friends on the rig, pours his salt down the shaft and hocks a lung cookie into it as well, and suddenly, the drill works fine and the well starts producing the crude. The moral of the story is, essentially, don’t mock the magical spit of a Cajun.

Except for a part in the middle where the kid watches gator eggs hatch, believes his pet raccoon is eaten by a gator, and then catches the gator for revenge, that’s really all there is here. Guys dig into the ground, the kid spits in the hole, and everyone gets rich. We’re treated at the end to a scene of the “riches” the poor bayou family gets as a result of the well—it consists of some cookware, a rifle, and a bag of sugar. Happy days are here again, evidently.

If the film has one redeeming quality, it is the score that plays through most of it. Virgil Thompson’s music is incredibly good, and the score won a freakin’ Pulitzer. Somehow, this film was also nominated for an Oscar for, of all things, Best Writing. Go figure that. The cinematography is also pretty.

But seriously, this isn’t a movie. There isn’t really a plot or a story, or anything beyond the scenery and the music to hold anyone’s attention. It would have been better without the dialogue and the oil well. At one point, I was actually hoping that a slowly approaching ‘gator might take a bite out of the kid.

It comes as no surprise in retrospect that this film was financed by Standard Oil, but it does raise an interesting question. What did Standard want from this film? On what planet did this film make any sense at all? Is this a promotional piece to show that the oil derricks bring little ecological damage and greater prosperity to the locals? Are they trying to assure us that every tank of gas from Standard is blessed with magical Cajun loogies? I’m completely flummoxed. I actually went back to the tome of reference here to make sure I was watching the right film, so confused was I that this made the list. Seriously, if it’s the soundtrack that does it, I’ll happily listen to it, but don’t force me to watch a kid paddling a canoe and spitting into a well. 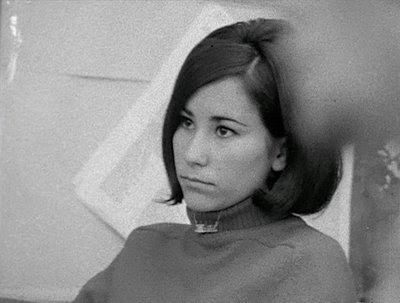 Frederick Wiseman’s High School is a chilling portrayal of a fairly typical school in Pennsylvania during the late 1960s. Essentially a piece of direct cinema, this short documentary shows a typical day in the life of this high school and all of the soul crushing events that happen in the name of conformity, unity, and social cohesiveness. I remember my own high school years with a good deal of distaste in general; the environment was fairly oppressive and I didn’t like being there very much. I don’t have a bundle of happy memories. Is there a reason I haven’t attended any of my high school reunions but one? Yep. I can’t really be arsed to go. There’s no real reason for me to dredge up a bunch of memories that I find unpleasant or reopen issues and events from my past that have been buried since the mid-1980s and belong buried. My high school years were oppressive and painful, stupid, pointless, aggravating, and ultimately best left in the past.

Essentially, this film is a sequence of events that happen during the day. We see classes in progress, students being disciplined, and meetings between the school administration and parents. I’m not sure how many days the film was created over, but it plays like a single day in general, even if it did go over the course of a week, a month, or a semester.

Wiseman does the right thing here by offering these scenes of the high school environment without comment, voice over, or narration of any kind. We’re not instructed on what is happening at any time, but are instead allowed to draw our own conclusions on the events of the day.

And some of these events are, with a little thought, really disturbing. A young man, for instance, is given a detention when he claims he didn’t deserve one. He’s told that rather than stand up for himself and fight for himself, that a real man takes the punishment he’s given and (essentially) knuckles under to authority. Girls are shown in short gym shorts and are then one is taken to task for wearing a skirt too short for the prom. Other girls walk on stage showing off outfits that they created and are rather painfully criticized by their instructor (“You can see this girl has a weight problem.”) We are “treated” along with a class to a complete reading of “Casey at the Bat,” a poem that isn’t nearly as great as it’s assumed to be. No one in the room (or really, the audience) wants to hear that whole thing—which is exactly the point here. As the audience, we at least have the choice to turn the film off or walk away; the students can’t.

It’s almost impossible not to feel the waves of both oppression and repression coming off the screen as the film plays. Naturally, the high school itself would claim that it is functioning as a way to mold students into proper ladies and gentlemen. The reality appears to be much more severe though—the kids aren’t so much being molded as being crushed into new shapes by forces beyond their control and comprehension. There seems to be, at least to the minds of the kids, no reason for the many things they are told—they are merely told that they must comply, and that essentially, complying is its own reward.

The final scene is perhaps the most interesting, and also the most darkly comic. A teacher from the school reads a letter she has received from a former student who is now serving in Vietnam and about to be dropped behind the DMZ. He mentions that he has willed his insurance money to the school if he is killed in action so that they can benefit other people the way he benefitted from the school. More tellingly, he also comments that he no longer thinks of himself as a person, but merely as something there to obey orders. This segment concludes with the teacher congratulating herself and the rest of the staff for doing “a good job.”

Ultimately, Wiseman’s High School shows how contrary, arbitrary, and ultimately dehumanizing the high school environment is. That it does so without comment makes the statement all the stronger.

As a final note, it’s worth mentioning that in one way at least the high schools in Pennsylvania in 1968 were more enlightened than many today is in terms of discussion of birth control. In one scene, a gentleman addressing a group of boys specifically tells them that “proper protection” should always be used, a phrase and concept that is being protested by far too many people in this day and age.

Why to watch Louisiana Story: The closest thing “commercial” film got to ethnographic video was Flaherty’s work.
Why not to watch: Because nothing happens.

Why to watch High School: A reminder that “the best years of your life” actually sucked, were mind-numbingly boring, and probably smelled like vomit, sawdust, and chalk dust.
Why not to watch: Flashbacks to gym class.
Posted by SJHoneywell at 4:16 PM