Check Out My Shorts

It’s been awhile since I’ve done a short film, since I’ve been trying to concentrate on some of the longer film productions. Normally, I look for something more than running time to connect the films of a given day, but today, it’s all about things under an hour long. 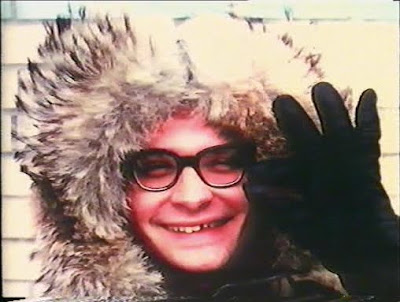 Years ago, I worked for a magazine publisher. One of the guys who worked there made amateur films in his spare time, most of which were perverse, scatological, crude, and often really funny. Hold Me While I’m Naked has that same sort of energy to it. It’s camp, both intentionally and unintentionally. Because it is camp, I’m not sure how to react to it.

We start with a woman in green (Donna Kerness) running as if she is being chased. Two things are noteworthy about this woman. First, she’s quite top heavy. Second, she’s wearing someone’s idea of a classy dress. She runs, and we hear a voice over telling her to run, giving her stage direction. We cut to a man with a camera giving an “okay” sign, and then we have titles.

It becomes evident that this is a film about a man making a film, so we start travelling into meta-territory pretty quickly. The film within the film is evidently soft-core smut. The next scene being filmed as well as the scenes planned by the director (George Kuchar, who also directed the film—he’s both the director and the meta-director) are nothing but Donna Kerness getting naked or being naked. She’s tired of having her boobs filmed, so she quits. And the director’s movie falls apart.

I’m not a great fan of camp, which leaves me wondering how to approach this film. Is Kuchar serious, poking fun, or is he demonstrating his seriousness by poking fun? Or is it all of this at once?

The concluding scene shows evidently a scene from the meta-movie, with Kerness in her green dress and with a man in the shower intercut with the director taking a shower. Kerness and the man are obviously enjoying themselves tremendously while the director pounds his head lightly against the wall under the shower spray. Almost as if he’s trying to recreate the shower scene for himself, he’s wearing a pink gown. The film ends with his mother yelling at him to leave the bathroom and eat, and the director comes out wrapped in a bathrobe and towel turban and says to the camera, “There’s a lot of things in life worth living for, isn’t there?” as if he is trying to convince himself.

Is it a statement? I think it is. The director in the film (Kuchar’s character, and possibly Kuchar as well in another meta-moment) is trying to make something greater than his everyday existence, which consists of of a towel turban and a plate of shapeless meat and what looks like sliced beets. And because his starlet has wandered off the set, his dream is gone and only the sad reality remains.

The bigger question, of course, is whether or not it’s worth watching. Hard to say. I can’t say that it’s so bad it’s good, because so much of the camp quality of this film is absolutely intended. It’s a forced glamour that, if it were completely in earnest, would be pathetically sad—but Kuchar is really attempting to make it look like an earnest bad attempt. It’s very much like the songs in This is Spinal Tap that are bad enough to be ridiculously funny, but also just good enough that it’s possible someone wrote them in earnest. 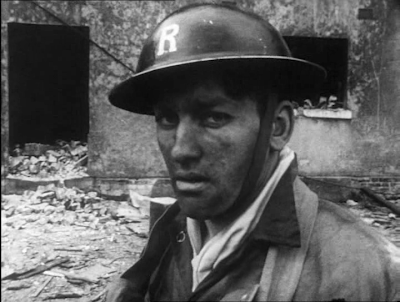 The War Game was initially conceived as a film designed to run on the BBC. Once it was completed, though, the BBC blanched at the graphic nature of the program and declined to run it. Filmed in a pseudo-documentary style, the film depicts the aftermath of a nuclear attack on the British Isles as well as an actual documentary on the typical opinions of the British population regarding readiness and retaliation in case of Soviet attack.

There’s a good deal of controversy regarding this film, actually. The official line on its banning on television (a ban that lasted until the mid-1980s) is that it was far too graphic for the general viewing public, and it is intensely graphic. The burn victims look terribly real despite the old cosmetic technology used in a film in the 1960s. People’s arms look like charred roasts. Don’t watch this when you’re also thinking about eating.

However, there are some who believe (and this also makes a certain level of conspiratorial sense) that the film was pulled from the BBC because it showed that the British population was uninformed, unprepared, and horribly naïve when it came to the realities of full nuclear war. This film is as much frightening possible future as it is an indictment on the British government’s plans for coping with nuclear war and nuclear winter. We’re told mid-way through the film, for instance, that doctors will be instructed to classify the wounded in three categories. Those in the third category are to be placed in holding rooms where they will be left to die in great pain without any medical assistance or painkillers. This is followed by a scene in which the London police “assist” the doctors by delivering euthanizing bullets to those determined to be too far gone to have a chance at survival.

Whatever the reason, suppression or the graphic nature, it’s actually difficult to disagree with the BBC’s decision. Even now, 45 years after the film was made, this is a terrifying piece of footage. It’s gruesome, ghoulish, and completely sobering. Camera pans across rows and rows of mutilated and burned bodies, empty eye sockets staring up, mangled women and children, destroyed buildings, and the haunted, soulless voices of the rescue workers and doctors combine to make this film seem much, much longer than its 48-minute running time.

It’s worth noting that the acting here is quite good overall. The sound often feels dubbed in, but the people being shown—heads bandaged, bodies shaking—are quite convincing. We learn that even in the “lightly hit” counties, death tolls of up to 50,000 can be expected, with the resultant funeral pyres, since that many corpses couldn’t be reasonable dealt with in any other way.

Director Peter Watkins makes his point by comparing the devastation of a potential nuclear war with the realities that occurred in World War II in places like Nagasaki and Hiroshima as well as conventionally bombed cities like Dresden. The commentator remarks that the scenes being shown, while simulated, actually happened in other places, and would be a part of the new reality of a post-nuclear world. This includes the inevitable collapse into martial law, chaos, and a return to essential primitivism. Watkins doesn’t shy away from the psychological aspects of the war, either. A great deal of this film concerns the mental states of the survivors and what they will likely experience in terms of complete mental breakdowns.

Despite its age, this film is still effective and affecting. I don’t know how sound all of Watkins’s science is—he does claim a great deal of vetting at the end of the film—but what he shows is sobering and terrifying. 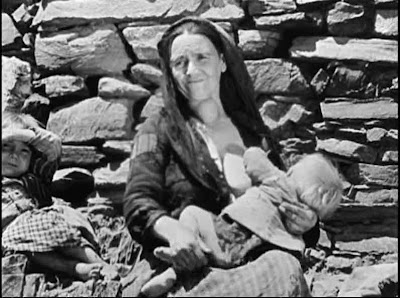 Luis Bunuel arguably invented the mockumentary with Las Hurdes: Tierra Sin Pan (Land Without Bread). This short film (roughly half an hour) tells of the area in northern Spain that is perhaps the most backward region in Europe at the time. The people who live in Las Hurdes, called Hurdanos, are so cut off from the rest of the world that until just before the arrival of the film crew, they were unaware of the existence of bread, hence the name of the film.

Bunuel shows the miserable, terrible lives of the people in the Hurdano villages, wracked by starvation, disease, poverty, and plagued by accidents and the worst of nature. Nothing about the lives of these people is pleasant or comfortable. The richest people in the area slaughter a pig once every year, and thus have meat for three days. The rest of the Hurdanos, says the film, get meat only when one of their mountain goats dies, either through age or through accident.

The people own nothing, are illiterate, and many don’t have shoes. They are crawling with malaria, and in the summer months are so desperate for food that they eat unripe cherries, which gives them dysentery. Misery abounds. Even without the disease and starvation, the people are so isolated that many of them are mentally deficient due to improper medical care and inbreeding. Taking care of the beehives of a nearby region in winter months, the Hurdanos travel to return them to their rightful owners, and several of the men are stung to death. Looking for fertilizer, a man is bitten by an asp. That, combined with the Hurdano cure, kills him.

There is a certain amount of truth to Bunuel’s film, but it is also exaggerated to an extreme degree. The Hurdanos were backward and poor until relatively recently, and have struggled since the release of Bunuel’s film to overcome the stigma of their region. But when Bunuel shows us an ancient woman and claims she is in her early 30s, or any number of the other preposterous and extreme claims he makes, it goes well beyond even willing suspension of disbelief. Bunuel wasn’t above setting up shots to prove his point. At one point a goat falls off a cliff—this was a shot set up by Bunuel, and the goat was sacrificed to take the tumble. In another part, he took a sick donkey and spread it with honey, allowing it to be stung to death by bees, again to increase the evident poverty and pitiable nature of the film’s subjects.

Where the film works, though, is through the combination of image and word. The film is delivered in a straight narration, almost a travelogue as if Las Hurdes were a place high on the list of potential tourist destinations. Interestingly enough, this is now the case—the remote location and beautiful landscape has turned the region into a vacationers’ paradise. For the film, though, the matter-of-fact voiceover reporting on these terrible conditions and tragedies makes an interesting and effective counterpoint to the rest of the film.

What else were you going to do with the next 27 minutes of your life? This film is worth at least that.

Why to watch The War Game: A sobering look at the consequences of nuclear war.
Why not to watch: Lack of appetite afterward.

Why to watch Las Hurdes: Tierra Sin Pan: A surreal documentary that isn’t really a documentary, except that it sort of is.
Why not to watch: The lengths Bunuel went to for certain shots.
Posted by SJHoneywell at 1:44 PM