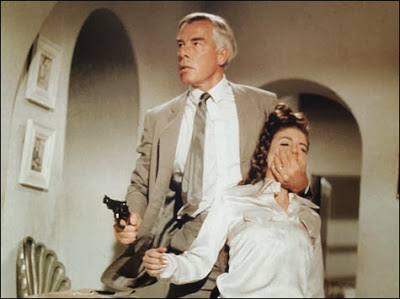 This is a genuinely good crop of nominees, although I’m mildly surprised that Sidney Poitier, more or less the star of both In the Heat of the Night and Guess Who’s Coming to Dinner was passed over for both films, as well as for To Sir, with Love. I’d have considered Lee Marvin for The Dirty Dozen a possible candidate, and I’d have liked it more if he were nominated for Point Blank. I would have pushed hard to see Alan Arkin for his role in Wait Until Dark nominated for something, too. And how about a nod for Alain Delon in Le Samourai? 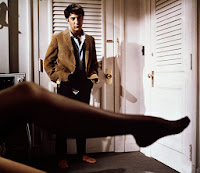 5: Feel free to be mad at me for this, but I don’t love The Graduate. That’s not to say that Dustin Hoffman isn’t good in the film, but I don’t know that he’s that special. Had I seen this film maybe 20 years earlier than I did, I probably would have liked it more than I do, but again, this doesn’t really go to Hoffman’s performance. I guess what it comes down to is that Benjamin Braddock is drifting listlessly. I’m not sure that that’s very difficult for any actor to pull off. While Hoffman is good, even great, it’s a pretty low hurdle.

4: I liked Spencer Tracy in Guess Who’s Coming to Dinner, but there’s a part of me that wonders if the nomination here wasn’t in part because of Tracy’s death following his part in the filming. It has that feel for me. It's a solid performance all the way through and the speech he gives at the end—the last piece of footage in a storied career—is poignant and beautiful. But I genuinely can’t help but think that had Spencer Tracy survived to the end of the year, he wouldn’t have been nominated for this role.

3: I’ll probably take some heat for Warren Beatty’s performance in Bonnie and Clyde being a part of weeding out nominees rather than being one of my choices. This was the hardest part of this particular issue—I knew this was going in the third position, but I struggled with putting it above or below the fold, as it were. This is a hell of a great film and it deserved all of its nominations, but ultimately, I place it in the same mental spot as Hoffman in The Graduate. While it’s great to watch, I’m not convinced the bar was particularly high for Warren Beatty to play an affable rogue.

2: Rod Steiger walked off with this award, and I don’t take issue with that, even if he wouldn’t be my ultimate choice. I said at the top I was surprised at Poitier’s lack of a nomination, but even if he had gotten one, Steiger would rank above him in my opinion. Steiger lives in this role. He put on his character like a suit and offers a completely natural performance. More impressive to me is that he not only remains consistent as the character, he also demonstrates real growth of the character within the confines of the film. Police chief Bill Gillespie is a good old boy of the first rank. It’s easy to dislike him because of his inherent racism, and Steiger still manages to make him human and relatable.

1: That said, I think Paul Newman was robbed. In a career filled with amazing films and fantastic performances, Cool Hand Luke is the gold standard of Newman in front of the camera. Luke is the sort of character that we like immediately despite his inability to follow rules, and all of this comes from Newman. But for me, what sells the whole film is Paul Newman sitting on a bunk playing an out-of-tune banjo singing Plastic Jesus upon hearing about the death of his mother. Holy shit, that’s a thing of beauty. It’s Newman’s best moment, and his is one of the great performances of its decade. 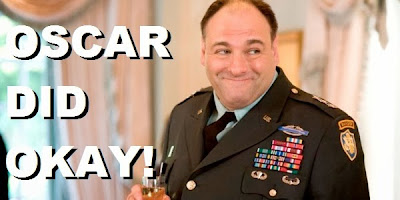 Posted by SJHoneywell at 2:19 PM

Email ThisBlogThis!Share to TwitterShare to FacebookShare to Pinterest
Labels: 1967, Best Actor, Bonnie and Clyde, Cool Hand Luke, Guess Who’s Coming to Dinner, In the Heat of the Night, Oscar Did Okay, The Graduate