You Ain't Nothing but a Hound Dog 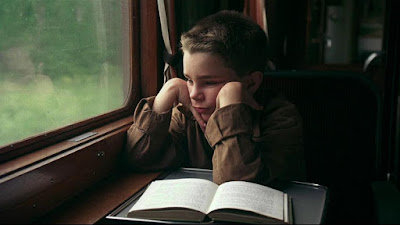 In the last few months, I’ve gone on a tear about Holocaust films wearing on me a bit. I’ve said the same thing about coming of age films in the past, and it’s still true. My problem with coming of age films is that about 90% of them fall into two specific categories. Coming of age films about boys mean encountering and dealing with mortality. This means that something or someone in the boy’s life will die before the credits roll. If it’s about a girl, it will be about sex, and before the film is over, our heroine will have sex, quite probably with someone inappropriate. Yes, there are notable exceptions (the teen sex comedy tends to be about everyone coming of age through sex, for instance), but the bulk are exactly this. So I can’t say that I genuinely looked forward to My Life as a Dog (or Mitt Liv som Hund if you prefer it that way).

The film concerns the life of Ingemar (Anton Glanzelius), a 12-year-old Swedish boy. He lives with his brother Erik (Manfred Serner) and his ailing mother (Anki Liden). Imgemar isn’t a bad kid, but he could be best described as “misadventurous,” a sort of classic schlimazel on whom misfortune simply happens. Case in point, while talking with a young local girl, the two shelter under a railroad trestle. Her father finds them, assumes the worst, and chases Ingemar away, who decides to run away and live on his own. He builds a fire to keep himself and his pet dog warm, and the fire gets out of control. In short, his intentions tend to be good, but the results are not generally that favorable.

When their mother takes a turn for the worse, the boys are sent separately to live with family. Ingemar ends up in Smaland in southern Sweden with his uncle Gunnar (Tomas von Bromssen) and his aunt Ulla (Kicki Rundgren). Ingemar soon discovers that the village is filled with a variety of interesting characters aside from his relatives. There is Manne (Jan-Philip Hollstrom), a boy of Ingemar’s age who has unfortunately green hair. Arvidsson (Didrik Gustavsson) is an old, sick man whom Ingemar befriends and to whom he reads from a lingerie catalog. Across the street is Fransson (Magnus Rask), forever fixing his roof. Berit, who works at the local glass blowing works takes to young Ingemar and uses him as her insurance that nothing funny happens when she poses nude for a local artist. And, importantly, there is Saga (Melinda Kinnaman), a girl of Ingemar’s age who demonstrates her interest in him by beating him in a boxing match.

And, well, Ingemar comes of age. This means that in the land that Bergman made famous with his dense, existential dramas, that we’re not going to get a single death in Ingemar’s life, but many. Along the way, we get moments of Ingemar philosophizing, telling himself that things could be a lot worse, after all. He relates a variety of stories of people who were killed through freak accidents; a man taking a short cut passes too near a track meet and is impaled by a javelin. He saves most of his musings for Laika, the Russian dog blasted into space with only enough food for a short time and no way to return, consigned to a fate of eventual starvation while in orbit.

If I’m disappointed in My Life as a Dog, it’s only because it follows the coming of age playbook to the letter. We know the various beats are coming just as they did in The Yearling, Kes, and a host of others. It’s as if there is this need to kill off a part of the cast by the end, because we can’t know life until we know death. Maybe that’s true, but it seems odd to me, as someone rapidly nearing 50 and who still has both of his parents that evidently one of them needs to die for me to grow up.

And yet, My Life as a Dog is almost indescribably sweet. There is a great deal of potential for the film to turn into something overly comic at the expense of Ingemar, but it never does. In fact, as the film comes close to winding down, Saga and another girl named Karin (Susanna Wetterholm) end up fighting over him, which leads to Ingemar fighting Saga while barking like a dog almost as a joke. It makes Saga angry, and she reveals information to Ingemar that wounds him terribly, leading to a bittersweet section that never becomes maudlin, although the seeds of it are there It's played beautifully. The film also isn't unnecessarily mean to Ingemar or anyone else. Gunnar and Ulla aren’t terrible people who abuse him and make him long to go home. They’re genuinely decent, and Gunnar in particular connects with his nephew in a real way.

I’m going to pay My Life as a Dog one of the highest compliments I can; it reminds me a great deal of Ray Bradbury’s “Dandelion Wine,” one of the finest coming of age novels ever written. The similarities between Ingemar’s experiences and those of Douglas Spaulding aren’t really the same, but the emotional moments are. This is high praise. Bradbury is one of my favorite authors and “Dandelion Wine” is one of his best books.

Why to watch My Life as a Dog: It’s surprisingly sweet.
Why not to watch: It follows the “rules” of coming of age stories to a note.