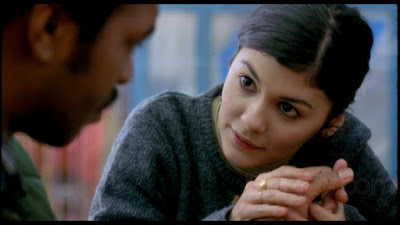 I go into a lot of movies pretty cold. As I get closer and closer to finishing my Oscar lists, I set moderate goals for myself each month. One of those goals right now is to close out a few films from years where I still have too many films remaining. I don’t want to end this with a bunch of films from the same year, so at least some of my decisions are based on filling in gaps on years that I have neglected. That’s literally the only reason that Dirty Pretty Things showed up in the mail. Thus it was a bit depressing but hardly shocking when, about halfway through, there’s a clear instance of sexual misconduct. I promise, we’ll get there eventually.

Once I got the film, though, I was pleased and looked forward to watching it. It has two actors I love (Chiwetel Ejiofor and Audrey Tautou) in the leads and two more (Sophie Okonedo and Benedict Wong) in supporting roles. It’s directed by Stephen Frears, whose work I have generally liked very much and loved at times. So, off the bat, I was prepared for this to be a film that had a great deal going for it.

Dirty Pretty Things, while taking place in London, could just as easily be set in the U.S. Okwe (Ejiofor) is an illegal immigrant from Nigeria. During the day he drives a cab while at night he works at the front desk of a post hotel, a hotel that employs many immigrants off the books. One of those is Senay (Tautou), a Turkish Muslim immigrant who is seeking asylum status. One of the conditions of her asylum is that she cannot work for six months. Since she is kept off the books at the hotel, it’s more or less the perfect job for her. As it happens, Okwe sleeps on her couch. Because her religion forbids her from being alone with a man who is not a relative, the two have an elaborate tap dance they must perform to trade for keys to the apartment, and they are rarely there together.

One day, a prostitute named Juliette (Okonedo) tells Okwe there is a problem with the plumbing in one of the rooms. Okwe, who was a doctor in Nigeria, goes to check and finds the toilet overflowing because it has been blocked with a human heart, an otherwise healthy human heart. Needing to visit his friend Guo Yi (Wong) who works in a morgue anyway, Okwe tells him what he has discovered.

This sets about a series of events. Okwe, investigating when he can and finding evidence of the hotel being used for black market organ surgeries, starts to figure out that there is something very much amiss at the posh hotel. Meanwhile, Senay becomes the target of the British equivalent of the INS, forcing Okwe to more or less move to the morgue and her to leave her hotel job. She ends up working for a sweatshop, and when that is raided as well, she is forced to perform sex acts on the owner/manager (Barber Ali) to stay. This would be the incident I mentioned at the top. And no, this is not the only time this is going to happen, and not the only indignity like this Senay is going to have to face.

Ultimately, this leads back to the hotel. Senay, panicked that she will not receive asylum, wants nothing more than to get to New York where she has relatives. Okwe wants to return to Nigeria. For both of them, the price of passage might literally be a kidney, Senay in terms of donating and Okwe in terms of performing the operation thanks to his medical background. More specifically, all of this comes back to Juan (Sergi Lopez), who also works at the hotel and is evidently the man at the center of the black market organ ring. And so our desperate heroes must decide what price they are both willing to pay for freedom and the life that they truly desire.

First things first, we’re not going to find many more compelling casts. I inherently like Chiwetel Ejiofor the moment I see him on camera. Audrey Tautou gets generally the same reaction from me. I’m also really pleased to see Benedict Wong in a film like this one. Wong is someone I almost always immediately associate with science fiction (Prometheus, Sunrise, The Martian) or fantasy (Doctor Strange). Seeing him in a straight drama isn’t a revelation, but it is refreshing. As for Sophie Okonedo, well, I’d like her to make some better script choices, because when she’s given good material, she’s pretty great.

Frears is a director who is routinely smart enough to not get in the way of his stories, and it’s the story here that we want to see. He’s not going to enhance that with camera tricks or being fancy, but by simply letting a talented cast do its work as well as it can. That’s what he does.

But more than all of this, it’s the story that sells the film. Dirty Pretty Things, while it may be willing to give us a glimmer of hope at the ending, is not a film that will settle comfortably into Hollywood ending territory. Instead, it’s a real story about real people who are simply struggling to make a life for themselves and struggling with the consequences of the decisions that got them where they are. It’s about people who are terribly exploited because they have no other choice than to be exploited, and that is a story that needs to be seen as well.

As often seems to be the case, Dirty Pretty Things is a hard film to say that I liked, but it’s very much a film that I’m happy to have seen.

Why to watch Dirty Pretty Things: It’s a story that is terribly relevant.
Why not to watch: There’s some real ugliness here.