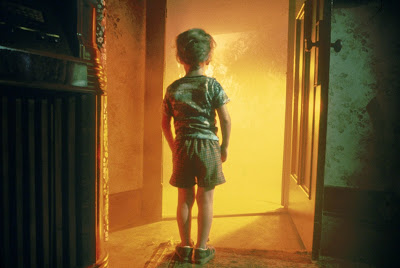 There are a couple of genuinely great films and a few pretty good ones in the five nominees. That said, these are hardly the be-all, end-all of movies from 1977 that deserved some love. In my opinion, the two most obvious exclusions off the top are Close Encounters of the Third Kind and Saturday Night Fever. Killer of Sheep almost certainly passed under the radar of the Academy, but I’d argue it shouldn’t have. The same can be said for Stroszek. A documentary like Pumping Iron would never get a nod, but who’s to say it shouldn’t? And really, Eraserhead is just too weird and inaccessible. On the foreign front, 1977 was a strong year, including such films as The American Friend, Man of Marble, and The Ascent. It’s also worth noting that 1977 was also the year of release for Suspiria.

5: While I don’t necessarily agree with all of the nominations, I understand all of them but one: Julia. There’s a definite kernel here that should be interesting, but right when the film should become as interesting as it gets, it falls apart completely. If it remained a film about the relationship between the two women involved, it would have been far more interesting than its sudden shift into espionage and intrigue. Ultimately, this left me cold and I don’t understand a single nomination the film earned, particularly this one.

4: For me, the best part of The Goodbye Girl is the only good thing about The Goodbye Girl, and that’s Richard Dreyfuss. Okay, I liked Paul Benedict as the insane director as well. This is intended to be a romantic comedy, though, and it fails in that respect for me because Marsha Mason’s character is so genuinely unlikable that I can’t buy the romance. No one would put up with her unless the script required it, and that’s really the only way this film works. That feels like a cheat to me.

3: With two kids involved in ballet, it’s not surprising that I appreciated The Turning Point. I was surprised I liked it as much as I did, though. The Turning Point is tied for the sad distinction of most nominations (11) without a win, and while it may not have earned every one of its nominations, I don’t argue with this one. It’s a smart enough film that it’s about ballet and dance in the same way Field of Dreams is about baseball. It uses the dance world to explore the relationships of the people involved, and I’m always interested in films that do that.

2: I’ve been doing these posts for almost a year now, and I don’t think I’ve come across a more difficult decision than separating 1 from 2 in this specific category and race. I’m going to put Star Wars here for the single fact that I don’t think I can be objective about it. My childhood is far too tied up in Star Wars for me to look at it in any way other than heavily-tinted rose colored glasses. I’m not ashamed of my love for it, and there’s a reason it is still influential. But I don’t know if I can really judge how good or great it is because I cannot view the film through an objective lens. My guess is that most of the comments will tell me I should flip 1 and 2, and I support that, because my heart tells me the same thing.

1: This leaves us with Annie Hall. As a kid, I was pissed that Star Wars didn’t win because it was so obviously the best movie of the year. As an adult, though, I get it. Annie Hall isn’t just funny (which it is); it’s also devilishly smart. Woody Allen delves into his insecurities here in a way that is incredibly insightful—he justifies his past actions with his present understanding, the same way all of us do without realizing it. Annie Hall may not be my favorite Woody Allen, but I think it’s the best Woody Allen, and that deserves some respect. Chip Lary, I already know you disagree with me, so you can beat me up in the comments. Ask me to pick this race again, and there's a good chance I'll change the order of the top two. I could make arguments for both, but in the case of a tie, the tie goes to the Academy. 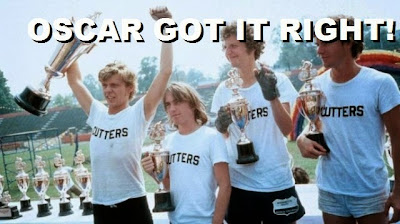