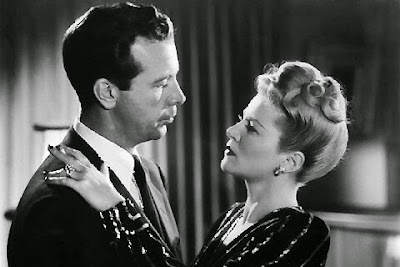 One of the problems I have with dealing with screenplay is figuring out whether or not a given screenplay was adapted or original. Even now, I’m not always sure about where the line is drawn for particular movies. For 1944, I think I’d suggest Arsenic and Old Lace as a possibility. To Have an Have Not was loosely based on Hemingway, so it might qualify here as well. Olivier’s Henry V is a fine adaptation and technically came out in 1944, but was somehow nominated for Oscars in 1946. I might also toss out Murder, My Sweet as worthy of a nod. I might suggest National Velvet, but I haven’t seen it yet.

5: Meet Me in St. Louis may well be a faithful adaptation of its source material, but this is a film that I dislike intensely. Sure, the songs are good, but I don’t like any of the characters except for the poor, put-upon father. Everyone else in this film is a selfish, spoiled jerk who treats the person who spends his like making theirs better like a pariah. I know this is my personal preference getting in the way of objectivity, but with this film, I can’t help it. There’s nothing here that I like beyond a couple of songs. 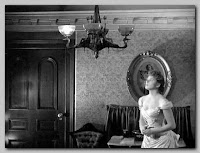 4: Gaslight is a film I liked pretty well, but it’s also a film that is incredibly simplistic in almost every aspect of its story and screenplay. Again, this is likely a solid adaptation of the story itself, but the story itself offers nothing too difficult for the audience to follow. Really, the entire plot hinges on the height of a gas flame in a lamp. All of the good performances in the world can’t get past the idea that the story we’re watching has a mystery solvable by a relatively observant person in a couple of minutes. No sale.

3: No one was more surprised than I was that I liked Going My Way as much as I did. This film had everything going against it from my perspective—priest main character, musical, huge potential for sappiness—and yet it holds together really well. It’s also really fun and entertaining. I like it a lot, and love that it gave us the song “Swingin’ on a Star.” It’s a good adaptation and I like the nomination. I just don’t think it was the best screenplay of its year.

2: I could see someone suggesting that Laura has some of the same problems as Gaslight. In one sense, the story that we’re given here is kind of silly, or at least the characters are. But it’s a really interesting plot with some excellent twists, not the least of which being that several characters are in love with a dead woman. I could stand for more interesting lead characters in the roles here, but that’s hardly the problem of the screenplay.

1: I’ve never been shy about my love of Double Indemnity, and there are a couple of Oscars I think it probably should have (or at least could have) won. Of all of those Oscars, Best Adapted Screenplay is probably its strongest case. In addition to having a twisty, intricate plot, it also has some truly wonderful moments of dialogue and sets up a few moments that ramp up tension quickly to an insane degree. This is the sort of film that should be and is studied for how to make a plot work. In 1944, no film gave its director a stronger place from which to start. It deserved to win.