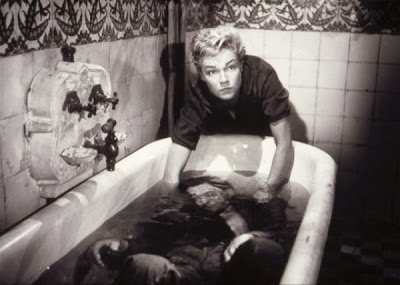 This is an interesting collection of nominees, particularly when you consider that only two of these nominees had his film additionally nominated for Best Picture. While I wouldn’t choose to nominate Stanley Donen for Seven Brides for Seven Brothers, but it’s a hell of a spectacle. His lack of nomination is a little surprising. I would consider Edward Dmytryk’s work in The Caine Mutiny worth a look, too. I might also suggest Joseph Mankeiwicz for The Barefoot Contessa and George Cukor for A Star is Born as well. On the foreign front, though, we have three big misses: Henri-Georges Clouzot for Les Diaboliques, Akira Kurosawa for The Seven Samurai, and Kenji Mizoguchi for Sansho the Bailiff. If you want Fellini nominated for La Strada, that’s on you.

5: Of the five nominees, the one I would dump for one of the movies listed above (Clouzot or Kurosawa) is The High and the Mighty. It’s not helped at all by being kind of a dippy movie. It may well have been a gripping action drama in 1954, but in a world that contains a film like Airplane!, it’s hard for this to come off as anything more than too serious and somewhat comic. I suppose this is a ranking that happens specifically because of modern sensibilities. Sorry, Mr. Wellman, but the nomination doesn’t fly today. 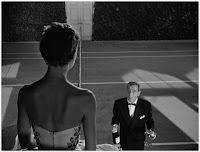 4: It’s hard for me to put Billy Wilder in fourth place, but as much as I might love Sabrina, I’m not entire sure why Wilder was nominated. This is a case where the director more or less stayed out of the way of the story that he was telling and simply allowed the story to play out in front of the camera. That’s great, but it’s not something that I think is worthy of a nomination. Compare what Wilder did here—some good shots and all with what Clouzot did in his film, and the reality of Wilder’s nomination makes even less sense. Sorry, Billy. You’re one of the most versatile directors in history, but you didn’t deserve to be here. 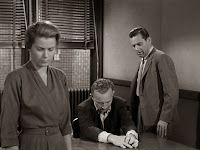 3: I really like The Country Girl a lot, but I’m not entirely sure how much of that is due to the work of George Seaton. It may well be that Seaton was nominated for the daring move of putting Bing Crosby in a serious dramatic role. I can kind of see that, and it was a brilliant move. The whole thing works well and it’s beautifully made. It helps greatly that this is a script that works from the first page all the way to the closing credits. As good as it is and as surprising as it was, Seaton moves no higher than third.

2: Elia Kazan won this Oscar, and in a lot of years, I’d have been happy to let him have it. On the Waterfront is a gutsy film, and it’s beautifully directed. Give me a different year for this directorial performance and we can talk. It’s a hell of a gutsy film, and I can’t really fault the Academy for gracing Kazan with the statue. Kazan may well have won for one of those rare moments when the Academy decides to grow up a little and give the award to someone who goes edgy. This is an edgy film in a lot of ways. I like this nomination, and I don’t even really hate that Kazan won. He just shouldn’t have.

1: Alfred Hitchcock never won a competitive Oscar. While North by Northwest is my favorite of his movies, Rear Window was absolutely his best chance to win as a director for a specific film. This is a film that absolutely is a challenge for any director, and Hitchcock makes the whole thing work flawlessly. Having the main character trapped not only in a room but in a wheelchair and a leg cast would be a liability for most directors, but for Hitchcock, it’s not even a challenge. In fact, it’s a positive benefit. This is a film loaded with suspense and it still works perfectly. Hitch should have walked away with this no matter how much Elia Kazan could have won in other years.

Posted by SJHoneywell at 5:04 PM

Email ThisBlogThis!Share to TwitterShare to FacebookShare to Pinterest
Labels: 1954, Best Director, On the Waterfront, Oscar Got It Wrong, Rear Window, Sabrina, The Country Girl, The High and the Mighty