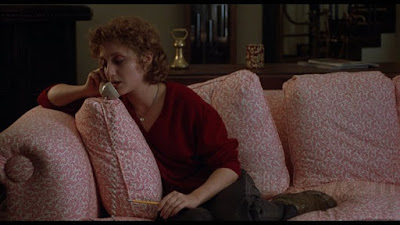 There are moments in movies that become iconic. Similarly, there are lines in films that stand the test of time and have a life well beyond the movie itself. For horror movies, lines like “The power of Christ compels you!” are the sorts of things that live on past the movie. There are few horror movie lines that approach that sort of iconic status as “We’ve traced the call. It’s coming from inside the house.” That line, and the incredibly iconic scene that contains it, comes in the original 1979 version of When a Stranger Calls.

I’m not lying when I call the opening iconic. The first 20 minutes of When a Stranger Calls is one of the most iconic movie openings in history and is also considered one of the scariest movie openings ever made. It’s so highly thought of that Wes Craven paid clear homage to it with the equally iconic first 12 minutes of Scream.

For those unfamiliar, When a Stranger Calls is the cinematic version of the classic urban legend of the baby sitter who receives a series of disturbing phone calls only to discover that the calls are coming from inside the house and that the caller has killed the children she is sitting. In this case, the sitter is Jill Johnson (Carol Kane). She fends off the calls, during which the hideous voice on the other end of the line repeatedly says “Have you checked the children?” as best she can. Eventually, she calls the police, who trace the call to a forgotten and disused line in the upstairs. In this case, the killer is captured and institutionalized.

Jump forward seven years and the killer, Curt Duncan (Tony Beckley) has escaped from the asylum. The police detective who originally arrested Duncan, John Clifford (Charles Durning) is now a private investigator and has been called in to recapture the man. Clifford isn’t really interested in putting Duncan back in the asylum, though. He wants the man dead, something he tells his former partner Charlie Garber (Ron O’Goddam Superfly Neal) that he’s going to do.

And this, really, is the problem with When a Stranger Calls. Most movies have three acts, but few have three such completely distinct acts as this movie. In many ways, When a Stranger Calls is three short films that are tied together by the characters in them. We have the amazing opening, the manhunt in the middle section, and the final conflict and resolution in the last 20 minutes or so. The three parts are linked together only because it’s the same three characters in each part.

So, after the first part, we get the weird middle section where Duncan is loose in the city and tries to “befriend” a woman (Colleen Dewhurst) and eventually targets her. Clifford, however, has been using good detective work to track Duncan down and manages to save her, and then spends a good amount of time trying to find the fleeing Duncan. In the third part, we learn that Jill Johnson is now Jill Lockhart and has two kids of her own. If you think this means that Curt Duncan is going to try to relive his past episode with Jill, this time using her kids, well, you’re right. That’s exactly what is going to happen.

When a Stranger Calls is a difficult film not to respect because of just how astonishing that opening really is. The problem is that the rest of the film simply can’t live up to that opening, and the 75 or so minutes that follow Jill running out of the house pale in comparison. I can’t stress that enough. This is a good movie, and even the second and third acts, while a bit disjointed, are really very good. Few movies could live up to those 20 minutes, though, and there probably wasn’t a legitimate way to stretch those 20 minutes into something feature length that would have worked.

But this is definitely worth your time. If for no other reason, seeing what is regularly cited as one of the best horror movie openings in history is a must. The rest of the film, as good as it is, is simply a letdown from that.

Why to watch When a Stranger Calls (1979): The first act is iconic.
Why not to watch: The rest of the film pales in comparison to the first 20 or so minutes.