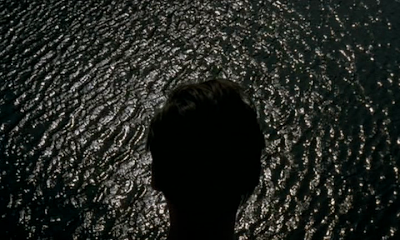 I try to find the good in everything I watch. It may not always seem that way, but I genuinely do. Because of that, it’s not that easy for me to say that Sombre is an ugly film. It’s ugly to look at, ugly in effect, and ugly in intent. It’s the sort of film that makes me want to take a shower after watching it; I felt unclean, not unlike I felt after watching Henry: Portrait of a Serial Killer. It’s no coincidence that the two films cover much the same territory.

Ostensibly, Sombre is about a man name Jean (Marc Barbe) who follows the Tour de France in his car. As it happens, he also strangles women as he goes. It appears initially that he finds a victim, usually a prostitute, at each stage of the Tour and kills her either before or during sex, then dumps the body before moving on. This is displayed to us in the most brutal way possible—there’s no music, nothing really but the really awful noises of someone losing her life at the hands of a psychopath.

Three murders and 20 minutes or so in, Jean encounters Claire (Elina Lowensohn), whose car has broken down. He gives her a ride, taking her to her sister, and miraculously doesn’t kill her. Instead, he becomes sort of attached to her and she to him. This is despite her discovery of his “hobby.”

When I said that a great deal of this film was ugly, I meant it in every possible aspect of the film. A lot of what we see is shaky, blurry, and distorted. It reminded me in ways of Irreversible, and not in a good way. There are moments here of vertigo, which is undoubtedly intentional. It’s also confusing and incredibly off-putting. I’m fine with a director doing some stuff that becomes visually difficult to follow, but here it just gave me a headache. There’s nothing here that seemed like it meant more than the director trying to be artistic and vague. I get that he’s playing with our perception, but there are ways to do that that don’t make my brain hurt.

A great deal of the film is also shot in darkness or near-darkness, making it difficult to see anything. This is effective at times, allowing the audience’s imagination to fill in the visual gaps that we’re left with. It’s just as frequently frustrating, though, putting us in a position of being unable to follow the story we are watching.

I’m also trying to figure out the Tour de France connection here. I have a few ideas that make sense to me despite the fact that there is no indication from the film itself as to the purpose of Jean following the Tour. Following the bicycles for his killing spree gives Jean a particular type of anonymity—he’s just one person in a crowd of people. As murders are (or if they are) discovered, he is hidden by the thousands of other people following the Tour in the same way. It also keeps him away from wherever he lives, preventing a pile-up of bodies near his home. That makes a certain serial killer sense to me, too.

Ultimately, Sombre tosses out a lot of questions and doesn’t answer any of them. Why is Jean a serial killer? We don’t get inside his mind at all past the surface desire or need to kill. What’s up with Claire? We get that she’s uptight, we learn that she’s a virgin, but there seems to be no purpose behind this (she doesn’t have strong religious convictions regarding her virginity, for instance) other than it seems to fit the plot. And why would Claire find herself drawn to a rampant killer with whom she exchanges few words? This is particularly a relevant question after Jean tries to rape and kill her sister Christine (Geraldine Voillat). Not a single character in this film has an understandable—or even explained—motivation.

A great deal of the film doesn’t make any specific sense. After the aforementioned attempted rape and attack, Claire and Christine break off from Jean. We see them sitting in a car, presumably leaving him behind. And then, suddenly, Jean is molesting Claire in a hotel room. Both women are there, and…suddenly Claire is into it? At this point, it’s not merely the same sort of ugliness, but an ugliness that makes no sense and is what it is for ridiculous reasons of plot. At least Henry: Portrait of a Serial Killer contained a narrative verisimilitude. Sombre most certainly does not, at least not that I could follow.

Far be it from me to complain about a film not dumbing itself down for the audience, but Sombre goes too far the other way. It’s so vague that it seems impossible to draw any sort of legitimate conclusion from what happens on the screen. Oh, we can put whatever meaning we want into Jean’s actions or Claire’s decision to rescue him from his need to kill women, but without guidance, one guess is as good as any other.

I was under the impression that Sombre is one of the first films in the French Extremity style of horror, and that well may be. As one of the early films, though, it’s far less graphic than those that come later. It is explicitly sexual, though. There is a great deal of female nudity here, often with lingering, out-of-focus shots that wouldn’t be out of place in low-budget pornography. While the violence isn’t graphic in the sense of blood and gore, it is graphic in the sense of its brutality.

Sombre, as I said at the top, is an ugly film. That doesn’t prevent it from being a great film or an important film, but I’m not of the opinion that Sombre qualifies as either. Mostly, I just wanted it to stop.

Why to watch Sombre: A unique look at a disturbing subject.
Why not to watch: It’s ugly in every sense of the word.