The Contenders:
All That Jazz
Apocalypse Now
Breaking Away
Kramer vs. Kramer (winner)
Norma Rae It’s not a terrible crop of films for 1979, but naturally there are some films that I think should be here that are not. We can start with Alien, which isn’t a typical Oscar film, but is simultaneously one of the great science fiction and great horror movies of the era. Manhattan is the sort of film that Oscar typically likes, so I’m mildly surprised it wasn’t mentioned. …And Justice for All netted a number of nominations but I haven’t seen it, so I have no real opinion. The China Syndrome and North Dallas Forty are in the same position and I have seen those, and they would have been an interesting nominations. In the comedy world we had Life of Brian and The In-Laws, the latter of which I find underrated in particular. On the foreign front, I’d look at both Nosferatu: Phantom der Nacht and Stalker as noteworthy 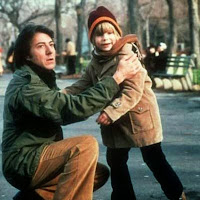 5: I’m dumping Kramer vs. Kramer immediately and for a very specific reason. I tell my students that a good paper with a bad conclusion is remembered as a bad paper. Same thing here. Kramer vs. Kramer is an excellent movie all the way through. It’s relevant, well-acted, and well-written. And then we get to the last five minutes, and instead of giving us a real ending that makes sense with the rest of the movie, it goes for Hollywood feel-good and completely shits the bed. With an appropriate ending, this would move up at least two spots in my estimation, but I’m stuck with the ending that’s here.

4: I have no genuine problem with Norma Rae except that it doesn’t seem important enough to warrant this nomination. It’s a good film, perhaps even a great one in places, but worthy of Best Picture? I give it a great deal of credit for not giving us the ending that seems like it’s heading for, but the conclusion isn’t as strong as it could be. It does have that moment with Norma standing on top of the factory table and all of the machines shutting down, but a fantastic and memorable moment like that one, no matter how good it is, doesn’t make for a Best Picture.

3: If my mother read this blog, she’d be disappointed with me that I didn’t put Breaking Away below the fold and into my choices. It just misses. I genuinely like Breaking Away quite a bit. It benefits greatly from excellent performances, especially by Paul Dooley, and from a surprisingly strong cast. It’s also beautifully written—funny, sweet, poignant, and smart. I like it enough that it's the source of my "got it right" picture for this feature. Its problem is that it’s too predictable. A team of underdogs is going to compete in a sports competition. What do you think is going to happen? I know it’s based at least a little on a true story, but it’s too easy to spot the ending. 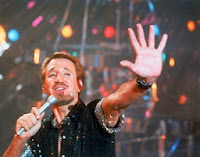 2: So how shocking is it that I’m putting a musical like All That Jazz into the realm of potentially good choices here? Shocking or not, this film deserves it (and it deserves its Criterion release later this year). This is a masterful film, one directed to within an inch of its life and itfeatures the best work of Roy Scheider, which is saying a hell of a lot, since I love him. While it’s a great film all the way through, it doesn’t really kick in until the last half hour or so when it becomes a heavily medicated near-death musical fantasy. That it’s more or less a biopic of its own director and is brutally honest is only a bonus. It might not be my choice, but I’d at least give Oscar credit for being in the right direction with this selection.

1: Platoon would eventually become the film to win the Oscar for Vietnam, but that’s because Oscar missed its chance with Apocalypse Now in 1979. This is not only the premiere film about the Vietnam War, it’s also one of the best war films ever made in any country by anyone. When the nightmare of its production is taken into account, it’s surprising that it was completed in the first place. That it was not only completed but has become the seminal work on its subject is little short of miraculous. It’s a bonus that it’s based on a story by Joseph Conrad. Beyond that, it’s the sort of film with so many great moments that picking even a top-5 is almost impossible. This shouldn’t have been much of a horse race, and Apocalypse Now was robbed.

Email ThisBlogThis!Share to TwitterShare to FacebookShare to Pinterest
Labels: 1979, All That Jazz, Apocalypse Now, Best Picture, Breaking Away, Kramer vs. Kramer, Norma Rae, Oscar Got It Wrong