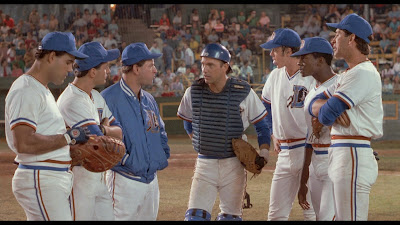 If you look at the top-grossing films of 1988, what you find is a very strong class of movies beyond the five that were nominated for Best Picture. Of those top-10 films, I would toss out Who Framed Roger Rabbit, Coming to America, Big, Die Hard and Beetlejuice as noteworthy, important, and worth consideration, even if none of them are really the sort of film Oscar typically likes. It also happened to be the year that Bull Durham was released, and I’m mildly surprised at the lack of Oscar love. Ditto for A Fish Called Wanda and Gorillas in the Mist. Moving outside the English language, we get Spoorloos, which scares me when I think about it. Grave of the Fireflies and Story of Women were also 1988 films. Finally, while The Decalogue was produced for television, it really is the best thing anyone did in 1988. Too bad it’s ineligible.

5: I am not at all shy about my dislike for The Accidental Tourist, so I have no shame in voting it off the island immediately. The best thing about the film is that it comes with a few useful travel tips. William Hurt is pretty good, too. Everything else is Hollywood bullshit. The characters are not merely quirky but have personality tics that could only exist in a movie or a psychiatric ward. I didn’t like this film the first time I saw it and liked it less on a rewatch. We got this as a nominee but not Bull Durham? Shame on you, Academy. You screwed the pooch on this.

4: I liked Working Girl a hell of a lot more than I expected to. I went into it expecting little more than a dippy 1980s rom-com set in an office building. It’s not. It’s a lot smarter than that, and I give it a great deal of credit for being considerably better than I could have hoped. That said, I’m not sure that it really warrants being nominated for Best Picture. Is it a good movie? Sure, and the best thing it does is make its characters really smart. In a weak year, I could see it being nominated, but as the list above demonstrates, 1988 was far from a weak year.

3: At the opposite end of the spectrum from Working Girl is Mississippi Burning, which has all of the earmarks of a film typically nominated by Oscar. It’s a big social topic, it’s loaded with people fighting against racism, and it’s got the sort of cast that directors would kill to have. And it’s also a very good movie. Its problem is that in many ways it’s too obvious. It’s so carefully created to generate outrage in the audience. It also has a rather unfortunate message, because resolution only comes when the men trying to deliver justice go off the reservation and start doing things illegally. It’s satisfying, sure, but is it really the right message?

2: I like Rain Man quite a bit. What I find particularly interesting is that I like it for reasons that most people don’t. For me, the entire key to the film, the thing that elevates it from interesting “malady of the week” status to something truly worth watching is the performance of Tom Cruise. When the movie starts, Cruise’s character is the easiest thing in the world to hate. By the time it ends, we’re actively rooting for him. It’s a hell of a great performance, and the entire movie turns on what he does. Rain Man wouldn’t be my choice, but it’s a very good one, and I’m satisfied that Oscar at least got the dart in the neighborhood of the bull’s eye.

1: My vote would have gone to Dangerous Liaisons, though, and I stand by that as the right choice for a number of reasons. I love how simple this story is on its surface and how twisted and complicated and downright nasty it is once you scrape off the veneer. This is a film about the worst emotions of people, and every moment of it is fueled by jealousy, pride, anger, lust, and with a little work, the three other deadly sins. For all its pomp and finery, it’s lurid, and that’s what I love about it. It’s also my favorite performance from Glenn Close and in the top couple for John Malkovich. It was not only a good movie to nominate, it’s a movie that should have walked off with the statue. 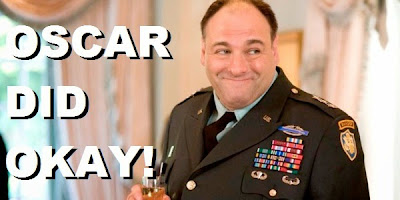