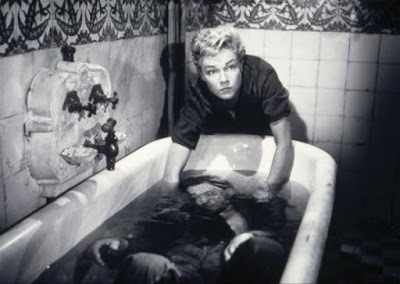 The Adapted Screenplay nominations for 1954 are generally solid, but there are a couple I’d happily switch out and a few I think would qualify as snubs. One film that I could see being argued for a place in the list is Carmen Jones, although it’s not one that I would choose. A Star is Born has a much stronger case, as does Dial M for Murder, which was probably left off because Hitchcock already had Rear Window nominated. On the foreign front, Sansho Dayu would have been a very strong contender, but not nearly as strong as Les Diaboliques, a potential winner in my mind. 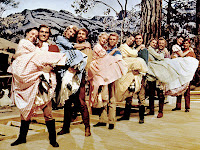 5. It’s possible that my putting Seven Brides for Seven Brothers on the bottom stems directly from the fact that I dislike this movie intensely. It’s almost certainly a solid adaptation of the original musical, but it really don’t like this story or any of the characters. With this category, I focus far more on the story than the accuracy of the adaptation, which means that a film using the rape of the Sabine women as a guide for conduct is going to fail and fail hard. We got this instead of Les Diaboliques? 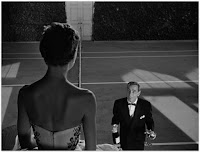 4. Sabrina is a movie that I like quite a bit, so I feel a little guilty sticking it in fourth place. I mean, this is a Billy Wilder film starring three people (Humphrey Bogart, William Holden, and Audrey Hepburn) who I tend to love in everything they do. The problem is that the reason I like the film is the actors and not so much the story. Oh, the story is fine, but it’s hardly exceptional, even if the dialogue is good. It’s not the worst nomination, but there were others left out that would have been stronger players. 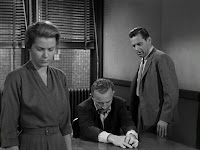 3: It’s been some time since I’ve done one of these with multiple possible winners. I stared at the top three films for a long time and switched the order around a lot. The Country Girl, the eventual winner, is a film that plays with a lot of expectations and in character and with the way the plot works. While I wouldn’t have chosen it for Best Adapted Screenplay, I fully understand why it won. It’s not the best choice in my opinion, but its winning doesn’t upset me in the least. Hell of a fine movie, and a lot of that comes from how it was written.

2: I have a deep and abiding love for The Caine Mutiny for a lot of the same reasons I like From Here to Eternity. In its own way, The Caine Mutiny is an expose on military culture, although this film deals more with ideas of cowardice, duty, and honor. The bad guys here aren’t evil but pitiable while the good guys turn out to be petty almost to a man. There’s virtually nowhere to put our loyalties by the end. It’s the sort of film that engenders conversation afterwards, and that’s always the sign of a smart screenplay.

1: Rear Window gets my vote, though. In a year where I’d be just about equally happy with any of the top three, or four with Les Diaboliques tossed into the mix, it’s the one that comes out on top. There is huge potential here for Rear Window to fall apart completely because of the limited number of sets, but the whole thing works, slowly building up tension from scene to scene. Part of this comes from Hitchcock’s wizardry behind the camera, but a great deal of this comes from Hitchcock having a hell of a good place from which to start. The ultimate winner isn’t a bad choice, but Rear Window was the best choice. 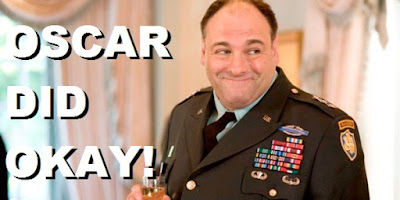