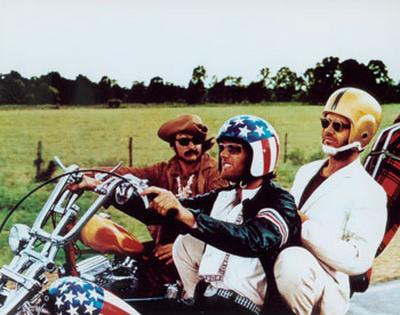 Thre’s a surprising amount of missing films for 1969, which was a better year than the nominations indicate. I think it’s likely that Easy Rider was too new for the Academy or simply too different, although in retrospect, I think it belongs as a nominee. Both The Damned and Kes feel like movies that earn nominations like this, and both feel like they could belong (I wouldn’t nominate either of them). True Grit was perhaps the wrong genre for 1969 and the same could be said of The Wild Bunch. If there is a single movie missing that belongs here, though, my vote is for They Shoot Horses, Don’t They?, a movie that continues to be moving and interesting to me with each viewing.

5. It’s probably not a shock that I’m dumping the musical first. The truth is that I don’t hate Hello, Dolly!, but I don’t really like it that much. It’s overlong for starters. The bigger issue is that the romance that is supposed to be at the heart of this film seems to exist as a result of the narrative rather than as a result of the characters. The costumes are beautiful and some of the songs are good, but I like almost all of the movies mentioned in the previous paragraph more than I like this.

4. The second to go is Anne of the Thousand Days. Again, there is nothing particularly wrong with the movie, but in this case, there’s not enough there to warrant a second viewing. If I had to find a reason to watch it again, it would almost certainly be for Richard Burton’s almost Shatnerian performance as Henry VIII. But like Hello, Dolly!, this is overlong and overstays its welcome. It’s worth seeing, but it’s definitely not worth seeing twice, and that’s a deal breaker for Best Picture for me.

3: John Schlesinger’s Midnight Cowboy is a masterfully made film. I do not deny that. It’s actually still a little surprising that it won in 1969 because it seems like such a stretch for the Academy at the point in time. This is a movie I respect a lot more than I actually like, though, and it’s not a movie I look forward to seeing again despite how well made it is. This is a film that hurts to watch, and I have to be in the right mood for a movie that makes me want to open a vein. So while I think it’s close to miraculous that it won and it’s a hell of a choice, it’s not my choice.

2: I love that Z was nominated for Best Picture. It makes me genuinely happy that a movie this ballsy earned a nomination for Best Picture even if it really didn’t have a chance of winning. Z is a political drama and almost certainly makes a lot of people uncomfortable. For politically liberal Hollywood, it’s also empowering, which might be how it got the nomination. But that also might be why it didn’t win. This is a great film and would have been an interesting winner. 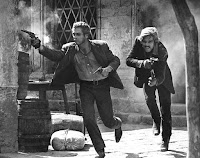 1: Butch Cassidy and the Sundance Kid is my pick of the five nominees. The one knock against it is that it could be argued that this did win; it just won four years later when it was called The Sting. The chemistry works beautifully between the two principle actors. It even manages to make a desperate situation for our heroes both entertaining and funny. While the montage goes on a bit long in the middle of the film, I otherwise like it front to back, and limited to the five nominees, it’s my choice. 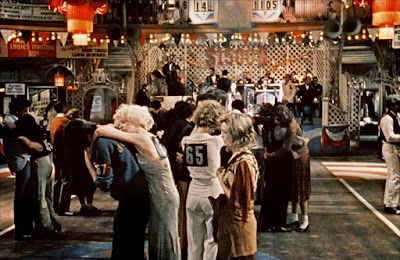 My favorite movie of 1969 is They Shoot Horses, Don’t They? Often, I have a favorite movie that I don’t bring up in a post like this because it’s not really relevant. Even if I think something is a great or entertaining movie, it doesn’t mean that it’s something that should legitimately be nominated. Here I can make a strong case for this movie. Plot, character, performances, camera use, build of tension, killer ending…They Shoot Horses, Don’t They? has the whole package. It should’ve replaced Hello, Dolly! in the five nominations and it should’ve taken the top prize. 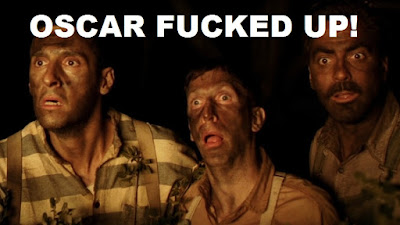