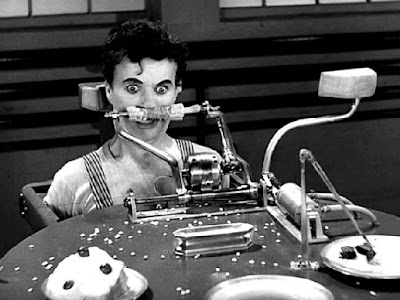 You have to hand it to William Powell, who had as good a 1936 as anyone had a 12-month period in Hollywood. In addition to being nominated for My Man Godfrey, he starred in and wasn’t nominated for The Great Ziegfeld and After the Thin Man. Godfrey is probably the right nomination of the three, even if The Great Ziegfeld was a more “serious” film in many ways. I’d think about nominating Fred Astaire for Swing Time, even if the film itself is a fluffy nothing. The real miss as far as I’m concerned is Charlie Chaplin for Modern Times, desperately clinging to the idea of silent film and turning out one of the great comic performances of the decade.

5. This is one of those years where it feels like everyone nominated should be fourth or fifth. As much as I generally like Spencer Tracy, I’m putting him in fifth for this list. Why? Because the role is insubstantial. If the Academy really wanted to nominate someone from San Francisco, Clark Gable was the natural choice. Tracy was, at best, a supporting actor here, and the nomination makes no sense, especially since the Best Supporting Actor category was awarded for the first time at this Oscars. Clark Gable would have been a better choice, but Chaplin deserved this more than Tracy.

4. I also feel wrong putting Paul Muni this low, but that’s where he’s going. I like when science is depicted realistically in films and I tend to like Muni in a lot of roles, but he lost me here. The truth is that Muni probably won because he was snubbed for a nomination (and was written in by many voters) the year before. Muni was a good enough actor that he should have won an Oscar at some point, but this is one of those cases where he got one he didn’t deserve because he didn’t get one that he actually earned. He was better elsewhere, and in much better films. There’s nothing wrong with The Story of Louis Pasteur; it’s just not that great, and while Muni is good, he did better work. 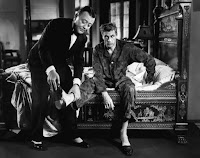 3. And once again, we have an actor I like placed somewhat lower than he would normally be placed by me. I like Gary Cooper in general, but Mr. Deeds Goes to Town is a film that I don’t think has aged very well. It’s very sappy, which is not a shock coming from Frank Capra, and while Cooper is a damn fine actor, I’m not convinced there’s enough for him to do here that really makes him a good option for the win. Cooper would never be the worst choice, or at least would be there rarely, but here, he can’t get above third.

2. I like William Powell and his performance in My Man Godfrey far more than I like the film itself. Truthfully, though, the main reason I’m putting Powell this high is that I think it was entirely possible that Powell could have won “for” this movie, but really because of the monster year that he had all around. For most other actors, 1936 would have been a career. For Powell, it was just 1936. He’s the best thing in this film, and combined with his other output for 1936, I could see him as a real contender. But in terms of a single performance, he doesn’t win. 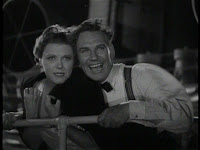 1. Walter Huston wins this in a walk. The issue with Dodsworth is that this is a film about rich people problems made right in the heart of the Great Depression. It would be easy to hate Dodsworth himself because of that, and it would have also been easy for this film to slip not-so-gently into melodrama. It never does, and the main reason for that is that Walter Huston makes Sam Dodsworth a real person and someone who, despite his enormous wealth, is someone easy to like. Dodsworth uses the trappings of wealth as canvas rather than the focus, and Huston makes that focus truly work. He should have taken this, although had Chaplin been nominated, I think this race would be a lot closer for me.