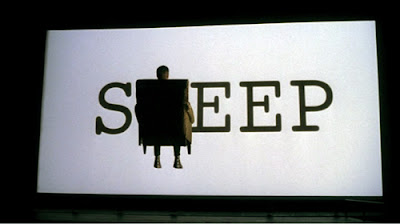 My goal at the start of the year was the same as last year—watch 400 different movies. I didn’t get there. I’m at 366 at the time of this writing, an average of one movie per day, with a good chance of watching one or two more before midnight tonight. So, I didn’t quite get there, but it’s still a solid year’s watching.

So let’s get the announcements out of the way first. I will be recapping the 24 challenge movies I got this year. I won’t be doing a challenge list in 2017, though. The reason is simple—I won’t have the space for it on the blog. I’ve got about 250 Oscar movies still to watch to complete my lists (not including the new nominees that will be announced in a few weeks), which means a touch more than a year for those. But I’ve got hundreds and hundreds of Oscar Got It Wrong! posts to go. Starting in 2017, I’ll be doubling up on those. You’ll still see them on Fridays, but they’ll also appear on Mondays as well.

This blog has in many ways been about moving me out of my comfort zone in terms of the movies that I watch. I’ve had seven years of moving out of the comfort zone, so it’s time to move a little back into it. To that end, I’m going to up the number of horror movies I review here. The hope is to dedicate Wednesdays to the creepier end of the cinematic swimming pool.

Challenge Lists Like last year, I thought it might be worth going through the 24 challenge movies I watched this year, a quick recap. Nick and Chip offered solid lists. While Chip reached higher highs and Nick had the lowest low, overall Nick had a better year in terms of his recommendations. 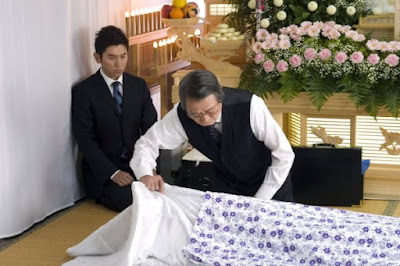 The blogging community is still missing the input of Chip Lary and probably will be for the foreseeable future. Chip was a good friend to this blog, and I don’t know that the hole he left will ever be filled. Here’s the rankings for Chip’s recommendations from 2016:

1. Departures (Okuribito) (October)
The only clear 5-star recommendation film I had this year was this beautiful and meditative look at death, loss, grief, and acceptance. I can’t recommend this highly enough—it’s a film that everyone should see.

2. Incendies (July)
Incendies is dark and painful and terrible and brilliant. I probably won’t watch it again, but it’s a film that I’m happy to have seen. You will not enjoy Incendies, but you will be better for seeing it.

3. Scotland, PA (May)
Shakespeare is endlessly versatile, a premise furthered by this film. It’s essentially Macbeth, but taking place in the 1970s and in the context of a fast-food restaurant. That seems crazy, but it works completely and it’s wildly entertaining…and it’s Macbeth, which is Shakespeare at his most bloody and awesome.

4. The Way We Get By (April)
Everyone wants meaning in life, and as we get toward the end of life, that meaning may be harder and harder to find. The Way We Get By looks at a group of senior citizens who dedicate themselves to greeting soldiers returning from war zones. It’s sad and beautiful and meditative, if a touch too short.

5. Widows’ Peak (March)
This is a movie based on a complicated, twisty plot, and those are always fun when they are done well. It’s beautifully cast and nicely acted, and had it been just a little harder for me to figure out, it would rank a little bit higher on this list. Still, it’s a worthy watch.

7. Stoker (February)
Another film with an interesting premise and one that I wanted to like a little more than I actually did. Stoker’s biggest problem is that it is emotionally cold and distant. That’s a part of the story, of course, but it’s also a bit off-putting.

8. The One I Love (January)
I love the premise of this movie quite a bit. When a movie can pull off a premise that is completely new and weird, I’m going in thinking to like it. The problem is that I guessed exactly how it would end. In my head, I guessed the last line. I got it wrong—it was the next-to-last line. That’s a bit disappointing.

9. Ondine (November)
Like House of Flying Daggers, Ondine’s biggest sell is the beauty of it. It comes across as a bit unfocused to me. Is it a fairy tale? Is it a series of coincidences? I wanted to like this more, but the Colin Farrell element probably stopped that in its tracks.

10. Another Earth (December)
When you don’t buy the romance in a romance, there’s an uphill battle to be fought. I love the premise of this film, but it goes in a direction that I simply don’t buy, and that’s a real problem. Another Earth barely scraped into the “3 out of 5 stars” Mendoza line for me, the thinnest margin between saying I liked it and I didn’t.

11. Ruby Sparks (September)
Boy did I pretty much hate every character in this film. This was supposed to be a charming little film along the lines of Stranger than Fiction and instead it’s the same base story with characters who need to be lined up and slapped repeatedly.

12. Iron Sky (June)
Chip wanted to give me a film that was straight-up goofy, and this was his choice. I get why people like Iron Sky, but it’s too forced camp and too unfocused in where it wants to go for it to really work for me. I get it, but I didn’t really get it. 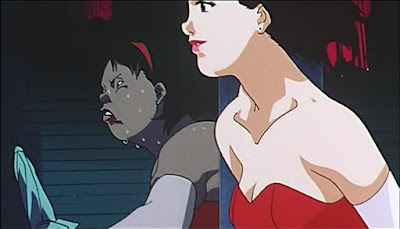 Nick had only one film that dropped under that “3 star” rating for me, but it was the lowest rating I gave to these 24 films this year. Still, a good half of Nick’s recommendations are films that I would recommend to other people without a second thought. That’s a solid year of picks.

1. Perfect Blue (October)
The best two recommended films I saw this year were in October, making that a great month. Perfect Blue is the lesser-known, first version (sort of) of Black Swan. If you like Aronofsky’s film, you’ll find a great deal here to like. It’s dark and twisted, and does a lot with its short running time. This was a great choice.

2. Killer Joe (November)
Normally, when I want to take a shower after a movie, it’s a bad thing. Killer Joe is that rare exception, a film that made me feel dirty and covered in a thin film of oil, but that worked for me completely. It’s awful and horrifying in all the best ways.

3. Chef (January)
Chef runs out of plot with about half an hour of movie left. I don’t really care at all. I like this movie a lot and the last half hour is fun and filled with beautiful food. Don’t watch this while hungry, but do watch it, because it’s a really special film.

4. The Battery (May)
When low-budget horror is done well, it’s a load of fun. The Battery is a zombie movie without a lot of zombies in it. Instead, it’s much more a study of the friendship of the two main characters. It’s not particularly scary for most of the running time, but it is interesting and well made.

6. Easy A (December)
Easy A’s biggest problem is that it’s too clever, much like Juno. Where it succeeds, though, is in providing us characters that are more entertaining and fun to be with. It is also nearly perfectly cast from top to bottom.

7. Tangled (June)
There is clearly a Disney renaissance that happened at some point. When did it happen? Based on the Disney movies of the last two decades that I’ve seen, I’d put the start squarely on the shoulders of Tangled. This is how Disney should do movies.

9. Hanson: Strong Enough to Break (August)
I’ll never be a fan of the band Hanson, but having watched this, I have a great deal more respect for them than I did going in. Art, even art I don’t particularly like, is a good thing. What’s better is seeing people who have the integrity to stand by their art for the right reasons.

10. Party Monster (September)
There’s a little bit of me that feels guilty putting Party Monster this low. The truth is that the performances are better than the movie. I like a lot that went into this movie, but I don’t like the characters it shows, and that hurts the overall enjoyment of the film.

11. I Saw the Devil (April)
In terms of thriller credibility, I Saw the Devil has a lot going for it. Where I have trouble is in understanding all of the motivations and actions of the characters. Too much seems to happen for plot reasons to get to a particular scene rather than being motivated by something more honest and character-driven.

12. No Holds Barred (February)
Okay, I straight-up hated this movie. I get the “so bad it’s good” conversation, but I can’t get there with this. The biggest takeaway is seeing Terry “Hulk” Hogan wearing tiny little orange briefs, and that’s a really unpleasant mental image.