Birth of a Career

I have something of a love/hate relationship with Michael Moore. When he first started, I was a big fan, which means you can expect that I’m going to end up reviewing this film favorably, since it is his first. However, as his career progressed, it became evident that as a documentarian, Moore was often less than honest, and sometimes edited events to suit his narrative rather than for truth. Eventually, I started to look at Moore as a liberal version of Sean Hannity or Bill O’Reilly: an ideologue with little to really add to the conversation. 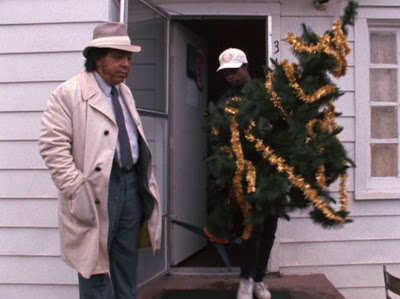 But, boy! was he different when he first started. Roger & Me is clever, pointed, and sardonic as well as uncompromising. Moore goes straight for the throat and scores, and spends the rest of the film essentially jumping up and down on a damp patch where a dead horse once lay. So, while the film may well be overkill for the point that Moore is trying to make, the dark, bitter humor carries it through to the end.

Roger & Me is the story of Moore’s attempt to bring General Motors Chairman Roger Smith to Flint, Michigan for a day to meet with the people. Why? Because Smith closed the auto plants in Flint, putting 30,000 people out of work and devastating the town. Moore addresses this immediately in the film, suggesting that the plant closings were not to rescue a dying company but to build new plants in Mexico where workers would perform the same tasks at a fraction of the pay. Essentially, then, this film is one of the first media looks at the problem of outsourcing and loss of American manufacturing.

To tell the story, Moore splices in several attempts to meet with Smith in the GM headquarters in Detroit, as well as attempts to blindside the man at various other spots around the country. Moore spends some time speaking to other wealthy people in the Flint area, and to a person, they seem completely out of touch with the reality of the lives of the former GM workers. We see a local sheriff who is forced to evict dozens of families per day around the area interspersed with scenes of Smith discussing the meaning of Christmas at a yearly GM event. We see a woman forced to sell rabbits for meat told she could no longer supplement her income in this way due to health laws while the wealthy play polo. It’s powerful stuff.

And herein lies the problem. I’m aware that Moore played with reality on a number of his films, moving particular events in time so that they would conform to the narrative he wanted to present rather than the truth of the event he purported to be depicting. It forces me to wonder if he hasn’t done the same thing here. When he sneaks into a GM shareholders’ meeting, for instance, and attempts to ask a question only to have Smith immediately shut the meeting down, I’m forced to consider the possibility that this isn’t really what happened. Perhaps Smith really did answer his question. Perhaps Moore’s question and the response we are shown happened half an hour apart. I can’t know, and therein lies the problem here. Like a cop accused of evidence tampering, the future bad behavior taints everything that came before it. It throws everything into question.

The first rule for a documentarian should be that the truth is inviolate and something with which one should never tamper. Of course, that’s an ideal; even the first documentary (Nanook of the North, for those playing along at home) bent the truth and planned particular shots in certain ways for a specific effect. But that is significantly different from forcibly altering a chain of events. I’m left to wonder if Moore actually had enough of an impact to force Smith to shut down a shareholders’ meeting or if that’s more or less a trick of editing and an example of Moore’s hubris. The aforementioned eviction cut in with Smith's Christmas speech almost certainly didn't happen simultaneously, but we're certainly led to believe the two events are simultaneous.

All of this leaves me in a quandary.

The truth is that I like this movie a lot. The narrative that Moore gives us is beautifully edited to present this particular story. We see a wealthy class of people completely out of touch with the reality that most of their fellow citizens deal with on a given day. We see a company so devoid of humanity that it happily destroys a major city to save some money. We see a man so unwilling to communicate with anyone questioning him that he has the filmmaker forcibly removed from his building at all times.

It’s effective. It’s infuriating and funny and dark and brutal, but mostly it carries with it a sort of gallows humor that plays extremely well throughout. I just wish I could trust it, because the movie I loved the first time I saw it a few decades ago no longer has the assurance of complete truth that it once did.

Why to watch Roger & Me: Moore’s signature style in its earliest incarnation.
Why not to watch: Knowing his editing “tricks” in subsequent films, it can be difficult to trust.
Posted by SJHoneywell at 9:24 PM