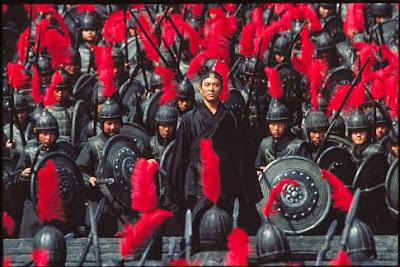 The list of five nominees is pretty solid for 2002, but there were a number of other noteworthy films worthy of some consideration. I’m mildly surprised that Spike Jonze wasn’t nominated for Adaptation, and I’m a little surprised (although much less so) that Peter Jackson was skipped over for The Lord of the Rings: The Two Towers. I’m still impressed with Todd Haynes’s work on Far From Heaven, and I might also consider Doug Liman for The Bourne Identity and Christopher Nolan for Insomnia, which seems to be sadly forgotten. On the non-English front, both Fernando Meirelles for City of God and Zhang Yimou for Hero could be easily argued for a place on the list (and it's worth noting that City of God was nominated the following year). In the “not Oscar’s style” realm, Guillermo del Toro’s Blade II, the best of the series, and Sam Raimi’s Spider-Man were noteworthy. Finally, Steven Spielberg had two good and often underrated films in 2002--Catch Me if You Can and Minority Report. 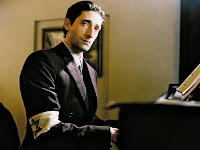 5: Sometimes I get the feeling that the Academy gives lifetime achievement awards in the guise of competitive Oscars. That’s very much how I feel with Polanski winning for The Pianist. It wouldn’t be hard to argue Polanski winning before 2002. I tend to like his films, but The Pianist left me cold. It’s a good, potentially great movie, but I don’t love it and don’t see that Polanski’s direction here is noteworthy when compared with Rosemary’s Baby or Chinatown.

4: I also tend to like Pedro Almodovar, and Talk to Her is a hell of a good film. But with that said, I’m not willing to say that Almodovar did anything here beyond tell a good story. I like the story he tells. I just want something more from a Best Director than accurately interpreting a screenplay. I think it’s likely that Pedro Almodovar will win an Oscar for directing (he did win one for this screenplay), but I don’t think Talk to Her is the movie that should do it.

3: I find myself in the position of not wanting to keep repeating myself but almost forced to in discussing Stephen Daldry’s work on The Hours. This is a film I like very much, and I appreciate how seamlessly the three stories blend together. That’s where I give Daldry credit and it’s why he ended up ahead of such luminaries as Polanski and Almodovar here. But as much as I like it, I don’t call it an Oscar-winning performance.

2: Gangs of New York is my favorite film of 2002, so it’s hardly a shock that I’d put Scorsese below the fold. There’s always a push for epics when it comes to Best Director, and that’s what this is. It’s a complicated story but beautifully told. It also features a massive and diverse cast used nearly perfect, and a lot of that comes from Scorsese. Had he finally won his Oscar in 2002, I’d have been fine with it, and I think I can make a case that he deserved to win it for this film.

1: So here’s the shocker. I dislike Chicago as a movie and still don’t think it should have won. However, I maintain that while Best Picture is for the best film of the year, Best Director is for, more or less, the best storytelling. As a stage show, Chicago could have just gone with a staged production but Rob Marshall did a lot more. This film is brilliantly put together, keeping a live theater feel but exploiting the cinematic format to its hilt. Chicago should not have won Best Picture, but Rob Marshall deserved to win this.

Email ThisBlogThis!Share to TwitterShare to FacebookShare to Pinterest
Labels: 2002, Best Director, Chicago, Gangs of New York, Oscar Got It Wrong, Talk to Her, The Hours, The Pianist