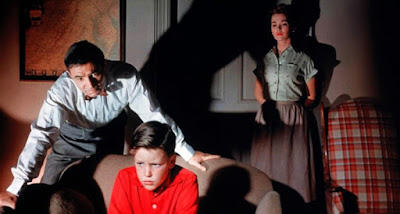 I didn’t realize how strong 1956 was as a year, and it’s an especially strong year for acting performances. In fact, we don’t have to go beyond the five nominees to see Rock Hudson in All that Heaven Allows for a performance that might (might, mind you) rate a nomination. Kevin McCarthy’s performance in Invasion of the Body Snatchers wasn’t (and still isn’t) the kind that turns the Academy’s head, but I think it should be. Others worth mentioning are Robert Stack in Written on the Wind and Charlton Heston in The Ten Commandments. With all of this said, the two biggest misses are John Wayne in The Searchers and most especially James Mason in Bigger than Life. 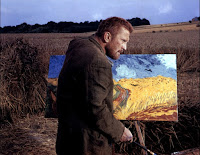 5. As I start with this, it’s worth noting that I actually like all five of the performances in question here. I’m going to put Kirk Douglas and Lust for Life fifth not because it’s not a great performance but because it’s the one that comes the closest to crossing that line into something akin to melodrama. Douglas’s version of Van Gogh is in a constant state of emotional insanity. It’s a genuinely good performance, but there are times when I’d simply had enough. Anyway, Anthony Quinn (who won the Supporting Actor Oscar) was the best part of this film.

4. Over time, I’ve become much more of a Rock Hudson fan than I was five or six years ago. The truth, though, is that I like him a lot more in All that Heaven Allows and Written on the Wind more than I do in Giant Sadly, the former film is possibly a 1955 release and the latter for whatever reason didn't get the love for Hudson's performance. I’ve got no real problem here with the nomination, I just don’t think that Hudson had much of a chance of winning and there were better nominations available.

3: Richard III was the film that made me realize that Laurence Olivier had a penchant for playing a lot of roles like a stone cold pimp. I’d seen him do it before (Wuthering Heights), but it was unexpected in Richard III and was one of my favorite parts of the film. As with the previous two, though, I simply don’t like this performance more than I like the other ones of this year. It’s good, it may even be great, but it’s not the best of 1956. 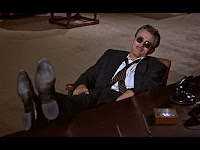 2: I could make a pretty good argument for James Dean winning this Oscar. If nothing else, this was Dean’s last film and the ceremony came after his death, and there’s a certain amount of (for lack of a better term) nostalgia in giving him the last Oscar he could possibly be nominated for. I like Dean’s performance a lot, because more than anyone else in the film, it is Jett Rink who goes through the most significant changes. I think I like Rebel Without a Cause better, but I do like this. It’s just not the best of its year.

1: It’s all about Yul Brynner. There are few cases where an actor has so completely assumed a role that it is virtually impossible for anyone else to be imagined in the role. Brynner’s King Mongkut in The King and I is such a situation. Brynner didn’t merely play this role, he inhabited it completely and totally. In a perfect world, I’d have John Wayne coming in third behind James Mason in second, but even in that situation, this was absolutely Yul Brynner’s award to lose. The Academy did right in giving him the Oscar. 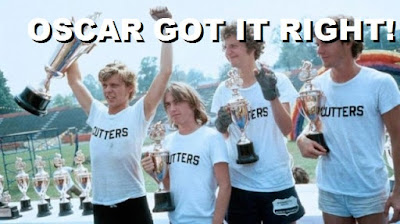 Posted by SJHoneywell at 1:08 PM

Email ThisBlogThis!Share to TwitterShare to FacebookShare to Pinterest
Labels: 1956, Best Actor, Giant, Lust for Life, Oscar Got It Right, Richard III, The King and I