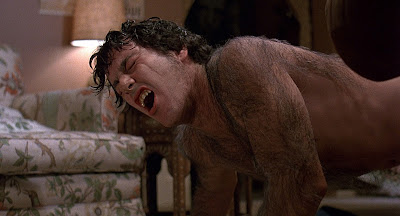 This feels like déjà vu. I’ve looked at Best Picture from 1981 and it’s the exact five movies I’m looking at here. That means I’ll probably be mentioning the same movies that were missed. Das Boot heads the list, but I’ll give the Academy a pass on Wolfgang Petersen’s masterpiece because he was nominated the next year. Michael Mann’s Thief deserves more love, as does Lawrence Kasdan’s work in Body Heat. I’d also stump for John Landis’s work in An American Werewolf in London. Considering the overwhelming success of the latest Mad Max movie, I also think the Academy lacked foresight in overlooking George Miller and The Road Warrior. 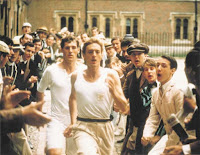 5. Chariots of Fire is pretty. I won’t take that away from what I think is ultimately a staggeringly boring film. My issue with it here is that I don’t really know what Hugh Hudson did other than set his camera down and film guys running. The best parts of Chariots of Fire come from the cinematography and the iconic soundtrack, not the storytelling abilities of Hudson. I get why the film is respected, and I even understand (and disagree completely) with why it ultimately won Best Picture. It doesn’t deserve to be up for this award, though.

4. I have pretty much the same complaint with On Golden Pond. I liked this movie more than I thought I would, but everything I like comes from the story and the wonderfully crotchety performance of Henry Fonda. Again, it’s a pretty film, but I’m not really convinced that Mark Rydell did much more than put his cameras where he wanted them and then stay out of the way of a veteran, talented cast. That’s not deserving of a nomination.

3: Atlantic City has atmosphere. It also has a creepy May-December romance, but that’s not really the fault of Louis Malle, so I won’t hold that against him. There are some beautiful, memorable shots in this film at the very least, and that puts it above the two films already mentioned, at least in my opinion (which is the only one that counts when I write these up). I don’t love this movie, but I can at least respect how Malle told the story.

2: I though Reds was overlong, but Warren Beatty deserves some credit for keeping its ponderous bulk from crashing and burning completely. Beatty was a sophomore director with this, and his previous directing work (Heaven Can Wait) was done with the assistance of Buck Henry. It’s impressive that this film was substantially better than a long, incoherent mess. For all its flaws, the fact that it holds together is noteworthy. It’s just not the best directorial performance of 1981.

1: Spielberg has won two competitive directing Oscars. I’ll certainly talk about the merits of those at some point. There are others I think he should have won. One of these is Raiders of the Lost Ark. There’s a reason this film is still watched, loved, and enjoyed. There’s a reason that audiences of people who weren’t born when this was released love Indiana Jones. Great in its own right, Spielberg manages to pay homage to the thrillers of his youth and create so many memorable moments that the Academy did him a massive disservice by passing over him here.

Email ThisBlogThis!Share to TwitterShare to FacebookShare to Pinterest
Labels: 1981, Atlantic City, Best Director, Chariots of Fire, On Golden Pond, Oscar Got It Wrong, Raiders of the Lost Ark, Reds