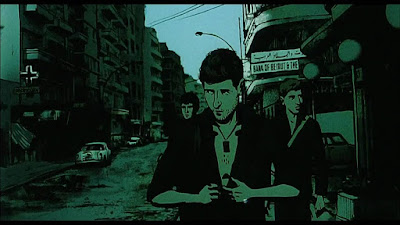 The most obvious miss from this year’s releases, at least based on reputation, is Ponyo. I haven’t seen it, though, and it’s not one that people jump to when they talk about the work of Hayao Miyazaki. Still, Miyazaki tends to be good enough that I don’t feel strange mentioning it here. I did see Horton Hears a Who and it shouldn’t have been nominated, so I’m happy it wasn’t. The movie that I think is missing is Waltz with Bashir. It’s certainly not a title for kids, but it’s one that should have gotten some play, even if it didn’t stand a chance of winning.

3: Bolt isn’t a terrible movie, but of the three nominees, it’s clearly the least. It’s a cute story, but it’s also a film that has no secrets for where it’s going to go, even for younger film viewers without the film viewing background of an adult viewer. There’s nothing here that screams that it really deserved a nomination. Waltz with Bashir would have been a better choice, even if it still would have likely come in third anyway.

2: I like WALL-E, but I like the first half of it a lot more than I like the second half. The first half is some of Pixar’s best storytelling. We get real characterization and a real sense of both WALL-E and EVE. The minute EVE shuts down and this becomes a space adventure, the movie loses quite a bit. It also hammers its message so completely that it ends up feeling oppressive instead of hopeful or charming. It’s good, but it didn’t deserve to win.

1: Kung Fu Panda should have won. This has everything that a movie well-designed for kids should have, including being entertaining for the adults in the audience. It’s funny, has a great sense of adventure, and also manages to get in a good message. Smart kids will pick up on the message immediately, while the rest of the audience eventually has it explained, but even in this it’s much more gentle and subtle in what it delivers. And it even incorporates some nice touches of philosophy, and does so with humor and grace. It’s clearly the best animated film from 2008 and it should have been rewarded as such.