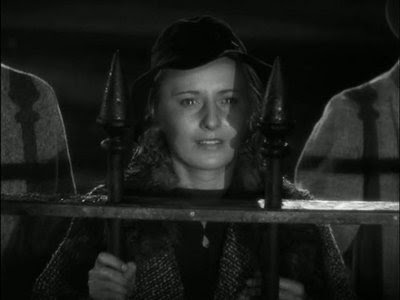 I’m not sure what the rules are for determining if something is eligible for Best Adapted Screenplay, but it would seem to me that since Stella Dallas was based on an a movie from a dozen years earlier it would qualify. I’d pick it over at least one of the other nominees. I’d also select Lost Horizon, which I think is a pretty solid movie with a good story. I’ve caught a little hell for bringing up The Good Earth in reference to this year as well, but it’s another screenplay I think warrants a mention. Finally, Pepe le Moko should have gotten some love here, even though foreign films didn’t get a lot of love in the 1930s. If I don’t say it myself someone will bring up Dead End, but it’s not one I think deserves a nomination. As for The Grand Illusion, it may be my favorite screenplay from 1937, but it was written directly for the screen and thus not eligible. 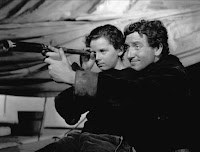 5: When it comes to looking at movies that are close to 80 years old, it’s difficult to ding them for being too predictable. In the case of Captains Courageous, though, it was almost certainly just as predictable in 1937 as it is now. I like this movie pretty well, but the main reason I like it is because of Spencer Tracy’s insightful and compassionate performance, not for its simple and simplistic plot. This isn’t a bad movie or even a bad screenplay. It’s just not a screenplay that gets me very excited.

4: I have no doubt that The Life of Emile Zola won this contest because of the five movie screenplays nominated, it is far and away the one that is the most “important.” It’s the only one of the five that is really about substantive issues, addressing as it does a social evil (anti-Semitism) within the context of the life of one man. It’s cerebral and even pretty well written. It’s just kind of boring, and boring shouldn’t cut it when it comes to an Oscar. I can’t leave the award here.

3: I liked Stage Door, at least until its last half hour. The Katherine Hepburn character is easy to dislike until we get to that last half hour, and that feels like a cheat. The bigger cheat is that Stage Door starts off as an entertaining comedy and then takes a left turn into serious drama in that third act. I don’t buy the transition completely. If the movie had stayed with its lighter comedy ideas through to the end, I might well consider it for the top spot. It’s well-written and funny and gives a talented group of actresses a lot to do with some clever lines. But it goes for significance at the end and loses me, so it loses here, too. 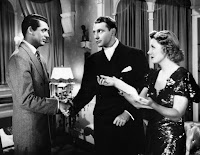 2: I’ve railed against The Awful Truth in the past a few times, but I’m not going to rail against it here. My same complaints still exist. The plot is tissue-paper thin and the characters have the emotional depth of a dinner plate. Yes, the screenplay is responsible for creating these shallow, silly, vain characters. But that same screenplay is also responsible for being funny, and The Awful Truth is pretty funny. Give credit where credit is due—it’s a fun movie even if it’s a cinematic cream puff. I can respect that at the very least. 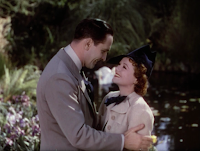 1: I’m giving this to A Star is Born. The rags-to-riches-to-unhappiness story is an old one and a classic. A Star is Born does it about as well as any other film in history. It works not just because it contains the dream of a talented young actress being discovered but because it also contains all of the heartache to go along with it. Esther and Norman are fully realized characters who have real desires and real tragedies in their lives. I admit that I like the 1950s version of this film better, but I’m not going to fault the screenplay when James Mason and Judy Garland weren’t available to act in it.

Posted by SJHoneywell at 6:28 PM

Email ThisBlogThis!Share to TwitterShare to FacebookShare to Pinterest
Labels: 1937, A Star is Born, Best Adapted Screenplay, Captains Courageous, Oscar Got It Wrong, Stage Door, The Awful Truth, The Life of Emile Zola