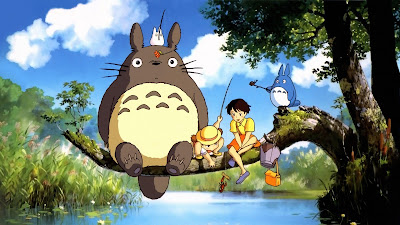 On the surface, 1988 is a really strong year for original screenplays just going by the five nominations. It’s surprising just how deep this year really is, though, because there are a lot of movies that could easily be nominated in a lot of other years as well as some influential films that aren’t the kind that grab nominations. It’s a hell of a good year for movies. Let’s start with films that could or did get nominations in 1988. Working Girl heads that list, although it’s one that I don’t like as much as the nominations, a situation it shares with Women on the Verge of a Nervous Breakdown. Films like Child’s Play and Dead Ringers aren’t typically nominated, but are worth discussing, and there’s some thought that Jeremy Irons won in 1990 in part for his dual role in Dead Ringers. Comedies like Coming to America, Beetlejuice, and Hairspray are Oscar poison, but all excellent in the screenplay department. My Neighbor Totoro is probably too simple, but it’s such a lovely little story. I like Midnight Run as well. For “likely possibilities” that I haven’t seen, The Accused and Bird seem noteworthy.

5: Someone has to come in fifth, and in a field this strong, there’s no shame attached to that. I’m putting Running on Empty fifth only because I like the other four screenplays a lot more. This is a very smart film, though, and one that isn’t ashamed to go into some very unusual directions. It suffers a bit because it’s a little predictable. Once we know what is going on with the main characters, the ending almost writes itself and the last half of the film is just figuring out how to get to where we’re going. Still, it’s a damn fine film with a damn fine screenplay.

4. The winning screenplay for Rain Man is great, but the best part of Rain Man isn’t the screenplay. Dustin Hoffman won for his portrayal of Raymond Babbitt, but he wasn’t the best thing in the film, either. Tom Cruise was robbed of a nomination because it’s his character who is the most interesting in the film and the one who actually changes and makes the audience care. Of course the screenplay is responsible for a part of that, but it’s Cruise’s performance that really brings it home. Any of the choices from this year are good ones, but I think the other three are better.

3: The issues I have with Rain Man are the same I have with Big; it’s the performances more than the screenplay itself that sell the movie. Watching Tom Hanks and Robert Loggia dancing on a giant piano is the sort of thing that has fully entered the American film lexicon, and the screenplay does get some credit. There are a few plot holes here, but they’re worth overlooking because Big is really very sweet and has its heart in the right place. It’s a movie impossible to dislike, but there are two better screenplays out there from 1988.

2. If you asked me in 1988 what I thought should have eon, my vote would have been for A Fish Called Wanda without a moment’s hesitation. This is a film that was one of the funniest things had ever seen, and it’s still funny. That’s not easy to do with a comedy. The situation is clever and the characters are memorable and well-crafted. It’s also a film that works completely without the humor, and that’s worth noting, too. However, as I’ve gotten older, my opinions have changed a little. Had this won, I don’t think I’d be sad about it, but today, my vote goes elsewhere.

1: Gun to my head, I could probably argue for all five of these films and a bunch of the also-rans. My heart, though, votes for Bull Durham as not just the best of the nominees, but the best of the original screenplays. I think it’s a film that requires the viewer to have a strong connection to American culture to really understand the depths at which it works, but there isn’t a line out of place or a moment that doesn’t reflect the deep American connection with baseball. Combined with Field of Dreams, there may be no clearer view into the American psyche and attachment to what baseball is and means. That it’s funny, sexy, poignant, and heartfelt all at the same time is just a bonus. It’s the best of a damn good year.