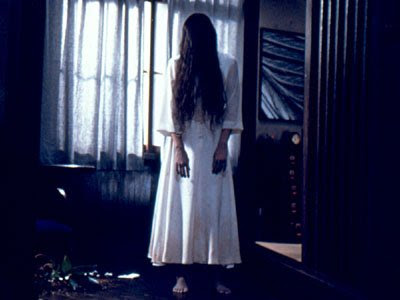 For one reason or another, certain cultures seem to be prone to a particular genre of film, and a specific film can often be pegged as being from a specific culture without too much trouble. It would be difficult, for instance, to watch any film connected in any way to Michael Bay and not know the film came from the U.S. There’s a particularly American feel to films of his style.

Horror films, at least good ones, have lately frequently had the stamp of Japan on them, even when they are almost immediately remade by American filmmakers. Movies like The Eye, The Grudge, and The Ring have all had American makeovers that have been pretty well received by audiences in general, but are substantially less than their original Japanese incarnations. While much of the horror translates from one culture to another easily, the cultural elements that truly make the film work do not translate from the Japanese well at all.

Similarly, many Japanese horror films deal with themes of isolation and technology. These are again very Japanese themes. Japan is an overcrowded island, and solitude can be difficult to find, but since people are often in the company of others, solitude can just as easily be terrifying, and frequently, technology is used to isolate us from other people.

Ringu is arguably the best of the new breed of Japanese horror film (although others would opt for the more disturbing and psychological Audition). Ringu works because of its technology, since the film centers around a cursed videotape. Essentially, a bizarre little film has been left on a videotape at a resort hotel. Everyone who sees the tape lives for a week and then dies mysteriously, for no apparent reason, and with the most terrifying expression on his or her face.

The niece of a journalist named Reiko (Nanako Matsushima) sees the tape and dies mysteriously at home. Reiko, looking into the death, and the deaths of three other young people on the same day, discovers that the quartet spent a night at a resort hotel on Izu. There, she discovers an unmarked tape and watches it. The tape makes little sense—a woman brushes her hair, words move on a page, people roll on the ground, a man with a towel over his head points to the left. An eye appears with the word “Sada” reflected in it, then there is a long shot of a well. Immediately afterward, the phone rings, and Reiko now believes that she too has only one week to live.

Reiko shows the tape to her ex-husband Ryuji (Hiroyuki Sanada), a university professor. She makes him a copy of the tape, and the two begin going through it frame by frame on the university’s editing equipment. The pair begins investigating the meaning of the tape, trying to parse together words they hear in the tape and the meanings of the images. The week deadline takes on a significant meaning when their son, Yoichi (Takashi Yamamura) views the tape as well, and now has only a week to live himself. This creates an even more serious race to discover the hidden meanings on the video and discover a way to survive the curse.

Ringu works for a number of different reasons. The characters in the film are, perhaps because of their desperation, very smart, and it helps that they are both excellent researchers. They discover answers to the various hints in the obscure videotape because they are clever and dedicated as well as desperate, but in many cases, this cleverness does little to help them. This is what is truly disturbing about the film. In horror movies, we as the audience expect people who act stupidly to die just as we expect those who are smarter than the rest to be successful. Here, intelligence helps, but is by no means proof against a horrifying death at the hands of the cursed tape.

The most indelible image in the film is the girl from the video, hunched over with her hair hanging across her face. Dead or haunted kids are always terrifying, and here we have one of the most tragic and disturbing. However, the fact that the girl is tragic does nothing to change the fact that she is also one of the most evil spirits to appear in a film in ages. In fact, much of the horror in the film comes from the way the girl was treated and the reason for her cursing any who see her tape.

Ringu was remade in American as The Ring almost immediately, a trend that has become more and more common when it comes to Japanese horror films. The American remake is actually fairly decent, but not great. The reason the American film works, however, is because it follows the source material almost precisely, to the point where the two are essentially the exact same film.

In many ways, Ringu translates well to an American audience because of the theme of technology and its potentially terrible effects on all of us, which certainly helped the American remake. Additionally, the videotape itself is in many ways far more interesting than the one in Ringu. It’s clearer, at the very least, and has a number of additional elements in it that make it harder to follow and far more disturbing. It is also far clearer in the American version why the movie is named what it is.

Additionally, The Ring is in many ways more terrifying than the original Ringu because it has more throughout it that is disturbing. However, the final 10 minutes of Ringu are among the scariest moments of film I have ever seen. The implications of the ending are equally terrifying.

Why to watch Ringu: Because the last 10 minutes will stick with you for a year.
Why not to watch: You’ve seen the American remake, which is essentially the same movie.
Posted by SJHoneywell at 7:29 PM