The Contenders:
An American in Paris (winner)
Decision Before Dawn
A Place in the Sun
Quo Vadis
A Streetcar Named Desire 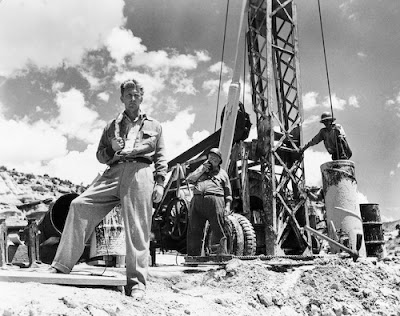 I at least like more than half of the nominees for this year, but that doesn’t mean that the list couldn’t do with a little trimming and replacing. For me, the lack of nominations for Ace in the Hole is a damn shame. The Lavender Hill Mob would be a long shot, but certainly not the strangest film to garner a nomination. I’m a bit surprised that The African Queen wasn’t nominated, although it would rank below most of the actual nominees on my list. The same is true for Pandora and the Flying Dutchman. Strangers on a Train very well may have been worthy of a nomination. Science fiction never gets the respect it deserves, but this was a good year for it, with the releases of The Day the Earth Stood Still, The Thing from Another World, The Man in the White Suit and When Worlds Collide. I’m certain there are some greats I haven’t seen or have forgotten. 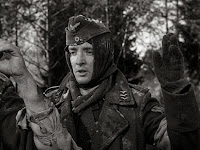 5: I’m dropping Decision Before Dawn immediately. I get that this was still just a few years after World War II and many people probably were interested in stories about the war. But why this one? It feels so bland in so many ways. And it also feels very much like propaganda designed specifically to boost the American opinion of the Germans by creating a single character who perhaps wasn’t a Nazi and so became willing to spy against his homeland for us. I’m hard pressed to call it a bad film, but I’m not at all shy in suggesting it wasn’t a very interesting one.

4: I’m also pitching Quo Vadis right off the top, and it scrambled into fourth place only slightly ahead of Decision Before Dawn. This one is all about the production budget and a pretty fun performance from Peter Ustinov. Beyond that, it’s a preachy religious epic that bluntly gets a great deal of things completely wrong, not that many viewers from its core audience would realize it. What should be a passionate romance between our principals is actually tepid and uninspired, which really drags down the film. Sure, it’s an impressive and massive production and it was the year’s highest-grossing film. So what?

3: I’m conflicted on An American in Paris. I like the film pretty well, but it’s so insubstantial. It follows so close to the Hollywood romance formula that I find it frustrating, but at the same time, it has some of the best dance routines from the 1950s. You can argue, and I generally will, that the ending ballet goes on too long. It’s great, but it’s just too long. The big injustice here is not that this won, but that Singin’ in the Rain wasn’t nominated the following year. I can’t hate An American in Paris; I can’t even dislike it. But I can say with all honesty that it didn’t deserve to win. 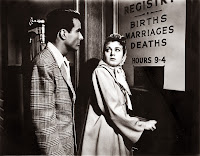 2: The more I think about A Place in the Sun, the more I like it. This is even with my being completely ambivalent to the particular charms of Montgomery Clift. This is a dark film, and one that is difficult to recommend despite its genuine greatness. It leaves an oily feeling after watching, but that’s completely by design. I love that it doesn’t feel like a film noir even though it really is one, albeit one with a fancy pedigree. I love how daring it is, discussing pregnancy out of wedlock. It’s a hell of a film, and one that more people should know. I’d have been fine with this winning.

1: But my vote goes to A Streetcar Named Desire, and most of that comes because of the performance of Marlon Brando. This is the film to watch to see Brando at his absolute best, both at the height of his acting prowess and the height of his raw sexuality. This is also an ugly story by design, but it’s one of the great dramas of American theater, and I can’t really think of a way that this version could be improved upon. The performances are stellar across the board, it looks great, and it’s still incredibly moving and painful to watch. Films don’t get much better than this, and in 1951, they didn’t. It should have won.

Email ThisBlogThis!Share to TwitterShare to FacebookShare to Pinterest
Labels: 1951, A Place in the Sun, A Streetcar Named Desire, An American in Paris, Best Picture, Decision before Dawn, Oscar Got It Wrong, Quo Vadis