The Contenders:
Children of a Lesser God
Hannah and Her Sisters
The Mission
Platoon (winner)
A Room with a View 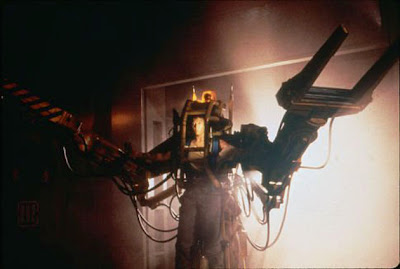 In a word, what’s missing is Aliens, which remains one of the greatest science fiction/action movies in history. In a second word, Hoosiers. Ferris Bueller’s Day Off would make some lists. Stand By Me would definitely make mine as an oversight. Other notables include Blue Velvet, Salvador, She’s Gotta Have It, The Fly, Sid and Nancy, and Down by Law. On the non-English front, The Decline of the American Empire might get a nod from some people (I genuinely prefer the sequel). On a more personal front, 1986 was also the year True Stories came out, and I love how weird that film is.

5: Children of a Lesser God comes across to me as a movie of the week with a good cast and a larger budget. It’s the story of an aggressively deaf woman played by the aggressively deaf Marlee Matlin. I missed this when I watched it, but the film also manages to sabotage itself by forcing William Hurt to translate out loud everything Matlin’s character says. The entire point of the film is about the legitimacy of her position and then the film works to counteract that point by not subtitling her. The more I think about it, the more it pisses me off.

4: I freely admit that A Room with a View was not a film made with me in mind. I’m certainly willing and able to admit that a Merchant/Ivory picture can have a lot going for it, but this was one that didn’t do a lot for me. This isn’t a bad film, but it is one that I found tedious and completely passionless. It could be argued that the passion is something going on below the surface, but if it’s so far down that it never comes up for air, who cares? It tries for a timid romance (like, say, Brief Encounter) and ends up with one that is merely tepid.

3: I’ve mentioned my history of loving war films in the past, which makes eventual winner Platoon’s third place here noteworthy. Platoon is a very good film, perhaps even a great film, but it’s also so heavily symbolic that at times I have trouble taking it seriously. Perhaps I’m wrong in this, but for my money, it’s comes no higher than third in terms of Vietnam films, let alone war films. A lighter hand from Oliver Stone would raise it in my estimation, but Stone isn’t really known for having a light hand.

2: The Mission is the one of these five that I’ve seen the most recently, and I was suitably impressed with it. I expected to perhaps have a problem with the ultimate religious message of the film, but it manages to avoid these problems by pushing a good and believable story rather than hammering on any positive or negative religious theme it might otherwise have. It takes a careful and measured road, suggesting that the good of religion comes from people, that the evil of religion also comes from people, and that the purpose of religion itself is to justify and protect its own existence. Great performances all the way around and incredible, lush scenery don’t hurt it a bit.

1: I freely admit to being a fan of Woody Allen’s writing, so having his script at the heart of Hannah and Her Sisters is a huge benefit, as its Oscar for Best Original Screenplay attests. This is a smart film, very messy and human and in all the right ways. It’s also a film with a dream cast, with characters who are realistically quirky without being caricatures, and with real human joy, pain, and misery. It’s a hell of a film, and one of Allen’s best. Limited to the five films nominated, it would have received my vote. 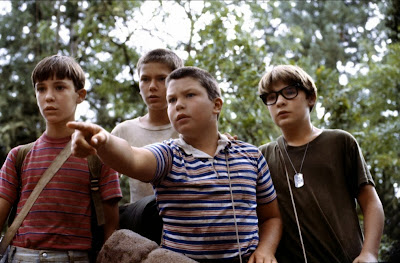 However, in this fantasy world that I make these posts in, I’m not limited to the five nominees. I understand the Academy’s exclusion of Aliens since it lives in the heart of genres that the Academy generally dislikes except for the technical awards. But Stand By Me being excluded? Hoosiers? Seriously? I’d pick each of these three movies over all five of the nominees every day and twice on Sunday. While I’d have some difficulty making Aliens stick with the Academy of the time, there’s no reason I can see that the other two weren’t in the running. 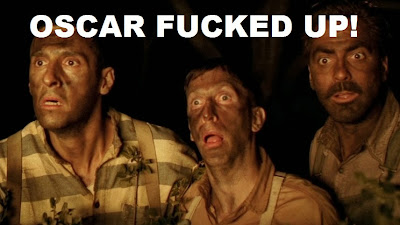 Email ThisBlogThis!Share to TwitterShare to FacebookShare to Pinterest
Labels: 1986, A Room with a View, Best Picture, Children of a Lesser God, Hannah and Her Sisters, Oscar Fucked Up, Platoon, The Mission