I Know Why the Caged Bird SIngs 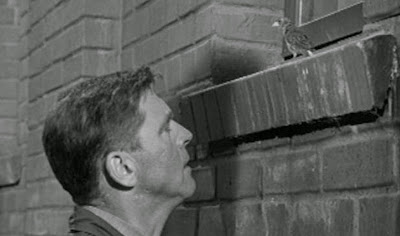 When I did the 1001 Movies list, I made a concerted effort to knock out a bunch of the really long movies every month. I didn’t want to be stuck at the end of the process with a collection of epics. I’d forgotten what it was like to have a bunch of really long movies still ahead of me. Birdman of Alcatraz clocks in at close to 150 minutes, and it was barely in the top 50 in terms of length. Longer movies are difficult for the bare fact that I don’t always have 2 ½ hours in a row to watch something. That said, watching Birdman of Alcatraz is a step in the right direction; I need to get back to knocking out the long films.

Anyway, Birdman of Alcatraz is about the life of Robert Stroud (Burt Lancaster), a man serving a life sentence in solitary confinement who became an expert on birds. Stroud, by all accounts, was an extremely smart man, but also a psychopath. The portrayal of him here is initially quite brutal, but an understandable brutality. When he is denied a visit from his mother, he goes on a small rampage and kills a prison guard. At his trial, he is sentenced to death. Through the intervention of his mother (Thelma Ritter), his life is saved. However, since the sentence at his trial read that he was to be held in solitary until his death, Stroud goes into long term solitary confinement.

One day, while exercising on his own in the yard, Stroud finds a sparrow nest that has been knocked to the ground in a storm. Stroud takes the baby sparrow into his cell and nurses it slowly back to health. Since he has this privilege, it only seems right to allow the others to have birds as well. And when they get tired of them they revert back to Stroud, who soon has a cell full of the creatures.

If that were the whole film, we wouldn’t have a lot to talk about here. It is decided that prisoners are not allowed to own pets. We’re led to believe that much of this comes from the presence of Harvey Shoemaker (Karl Malden), who has had a couple of run-ins with him and who has also been kicked upstairs to Washington to work on prison reform. Through all of this, Stroud begins researching birds and particularly their various diseases. We’re told that Stroud is noted as a bird expert, publishing articles in bird fancier magazines. When he wins second place in a contest, his prize, is delivered to him by the contest’s creator, Stella Johnson (Betty Field), who he eventually marries to help with the publicity of him wanting to keep his birds.

In essence, Birdman of Alcatraz is a character study, but it’s also something of an attack on the penal system that seeks to punish and confine rather than allow for the actual rehabilitation of people. Stroud, thanks to a very sympathetic portrayal by Lancaster, is easy to like and respect. A lot of this comes in the relationship between Stroud and prison guard Bull Ransom (Neville Brand). While the two start out disliking each other, eventually they come to a sort of rapprochement. This is also exemplified in his relationship with Feto Gomez (Telly Savalas).

This is a good movie, even a fine one, if it comes across as a bit slow and predictable in places. I’m happy to have watched this if for no other reason than to bask in the fact that it’s difficult to find a bad performance by Burt Lancaster. I get the feeling that the director looked for these incidents, came up empty, and decided to go with where our sympathies could possibly be place. Make the guy nice, make the prison system arbitrarily unfair to this one guy, and we’ll get moderately outraged. It’s easy to make us sad for this guy who we’ve grown to like when the prison system wants to take away his birds, especially when that’s presented to us in a way that it seems personal. In any other situation, would we object to prisoners having pets?

The bigger question for me is how some nominations are decided. Both Telly Savalas and Thelma Ritter were nominated for Supporting Actor/Actress, and neither one of them is on screen for more than 20 minutes in a 150-minute movie. Not Karl Malden, who’s as good as anyone here? Not Neville Brand, who makes a good impassioned speech and is almost as sympathetic as Lancaster? I just don’t get it.

What impresses me more than anything is that this film doesn’t feel its length. Longer films like this can drag, and this truly doesn’t.

Why to watch Birdman of Alcatraz: Because beauty can be found in the strangest places.
Why not to watch: According to those who know, this portrayal is far more sympathetic than Stroud deserved.

Posted by SJHoneywell at 6:20 PM