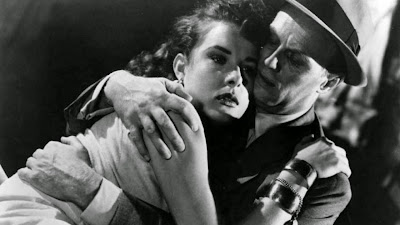 I admit that my knowledge of some of these earlier years isn’t what it could be, which makes bringing up potential snubs prone to snubs from me as I inadvertently omit a few names. There are a few performances I could bring up, though. I think it’s possible that because The Bigamist was directed by a woman, both Joan Fontaine and Ida Lupino were ignored. Harriet Andersson was likely skipped because Summer with Monika was not in English. I’d like to bring up Jean Arthur for Shane and Danielle Darrieux for The Earrings of Madame de…, too. I’m not sure why they were passed over, because both of those films have what Oscar looks for. Jean Peters in Pickup on South Street may have been a long shot, but I love her performance. 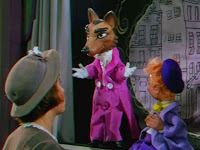 5: I had a tough time deciding who should get put last here, but ultimately, I went with Leslie Caron in Lili because of all of the nominated films, it’s the one I disliked the most. I’m certain Caron did everything her director asked of her, but I don’t like the performance and I don’t like the character. More to the point, I think the film is aggressively stupid and has touches of something akin to pedophilia. Playing a naïve of this sort may take some skill, but it seems like all it really takes is a willingness to look foolish and ridiculous. I’m not sure a lack of shame deserves a nomination. 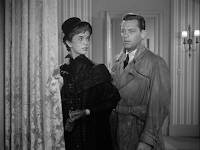 4: Maggie McNamara’s performance in The Moon is Blue comes in just a hair’s breadth above Leslie Caron. This is another film that I disliked greatly, and as with Lili, the reason is because I thought the plot was stupid. Actually, that’s not true; the plot itself isn’t bad. It’s the execution that leaves a lot to be desired. McNamara’s character is willing to talk frankly about sex and her own virginity. And? Aside from that and the fact that her being a virgin makes her irresistible to men, there’s nothing to this film and nothing really to the performance. Again, this is a performance that I don’t understand getting a nomination. 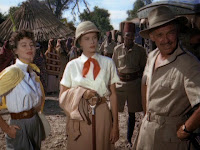 3: With Ava Gardner’s performance in Mogambo, we’re at least getting into territory that I think could justify a nomination. Mogambo is loaded with a soft racism and is the sort of story that could really only happen in the movies. Regardless of this and of my own normal indifference to the charms of Ava Gardner, I like her in this quite a bit. It’s a fun performance and arguably one of the best of her career. It wouldn’t make it to the top of the list for me, but at least it’s a performance that is worthy of some acclaim. 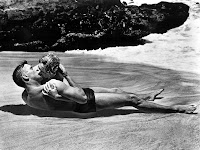 2: I struggled for some time whether or not I should be happy had Deborah Kerr won. Ultimately, I think her performance is good enough that if she had won, I’d have accepted it as a good choice. She had spent most of her career playing refined women until she got to From Here to Eternity. In this, she plays a woman who is far more open about her sexuality and her emotions. It was a stretch based on her earlier roles, and she nails it completely. She is palpably sexual and palpably hurt and frustrated in every scene. If she’d won, I’d have a hard time saying she didn’t deserve it.

1: Ultimately, though, I agree with the Academy’s choice of Audrey Hepburn in Roman Holiday. Hepburn is achingly beautiful and achingly sweet in this, and both go a long way. She is ably assisted by a tremendous script, though, so I freely admit that a part of my loving this performance is that Roman Holiday gets the right ending and gets there honestly. This is the movie that in many ways made her as an actress, and that’s with reason. She’s playing a princess and there’s a great deal of fantasy going on here, but she’s also flawless. Sure, she’s beautiful and sweet, but it works because she’s perfect in the role. She’d have gotten my vote in the ‘50s and she’d get it today. 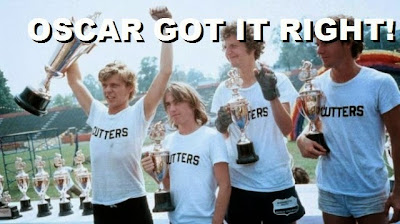 Email ThisBlogThis!Share to TwitterShare to FacebookShare to Pinterest
Labels: 1953, Best Actress, From Here to Eternity, Lili, Mogambo, Oscar Got It Right, Roman Holiday, The Moon is Blue