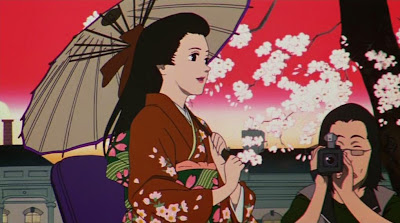 When a new award is brought into the Oscar fold, there’s always a bit of fumbling around until a better sense of the award is understood. With Best Animated Feature, this took some time, as evidenced by the number of years with only a trio of nominees. I could, for instance, mention the miss on Miyazaki’s Spirited Away for 2001, but it was nominated (and won) the following year. Millennium Actress was at least visually interesting, although I wouldn’t have picked it to win. I’ve heard the same about Metropolis, but I haven’t seen that. I also haven’t seen Waking Life, but again, this was a new award in 2001, and evidently the Academy didn’t want to even consider films that weren’t done specifically for kids.

3: I rather like the nomination for Jimmy Neutron: Boy Genius. While the film itself has some significant issues—it’s too short and involves the main character essentially causing xenocide—it’s inventive and creative and has a unique visual appeal. It’s an ultimately forgettable movie, though, which works to its detriment against the other two nominated films. It’s the worst of a good lot, more or less, and there’s no chance of it winning against its competition.

2: I didn’t expect that an award category with only three entries would be this difficult, but here we are, with me picking two out of those three as appropriate choices. I like Shrek a lot. This is a funny, funny movie that works for an audience of any age. It’s cleverly written start to finish and has good, memorable characters. It also plays very interestingly with the damsel in distress meme, since Princess Fiona, who demands to be rescued to fulfill a romantic ideal, is capable of taking care of herself. The race here is close for me. Of the two top films in this category, I think Shrek is a lot funnier. I don’t have a serious objection to Shrek’s win, but I wouldn’t have picked it.

1: Monsters, Inc. is a better film. Both films are incredibly creative, have great stories, and work with established stories and expectations beautifully. And yes, Shrek is a funnier movie. Monsters, Inc., far more than Shrek gives us complete characters (not that Shrek doesn’t) and gives us a logically consistent world. It’s also a film with moments that are emotionally intense enough to cause my eyes to leak. That’s exceptional in the first place and even more so when the cause is a blue and purple furry monster. Ultimately, Monsters, Inc. is the more human story and the more universal one, and it should have won. 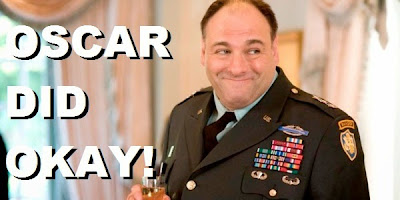