Films I Didn't Want to Watch 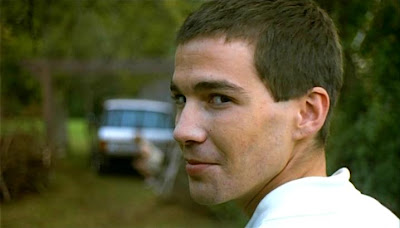 Watching films from a list presents a unique situation. In one sense, it’s liberating because the goal is to watch the films from the list. It reduces the need to make choices because the choices are made for me. On the other hand, there are times when I am forced into watching a film or two that I have no interest in seeing. Sometimes that works out and sometimes it doesn’t. Then there are the films that I object to seeing but must make my way through anyway. Such was the case with Michael Haneke’s Funny Games.

I’d be lying if I said this was a film I wanted to see. In fact, it’s a film I’ve been dreading since I first started this project. It’s also one I’ve started several times in the past, gotten a little way in, and then backed out and watched something different. In the case of this film, it’s very much a situation where the foreshadowing of pain was far worse than the pain itself. I fully expected this to be one of the most unpleasant film experiences I’d had in some time, and thus getting into the film, knowing what was coming was very difficult. Once the real horror starts, though, I realized that my expectations were far worse than the reality. This isn’t to suggest that the reality is a walk in the park. It isn’t. This is a grim and bleak film with an outlook as dark as anything I’ve encountered in the last three years.

We open with a wealthy family heading to their summer house. We have the father, Georg (Ulrich Muhe), mother Anna (Susanne Lothar), and child Schorschi (Stefan Clapczynski), who is actually Georg, Jr. In the middle of this opening sequence, the music abruptly changes from classical to unpleasant thrash metal, indicating that we are in for a rough ride ahead.

When the family arrives at their house, they see their neighbors speaking with two young men. Almost immediately, the two young men show up at the family’s house, requesting eggs. The more submissive of these two, Peter (Frank Giering) drops the eggs and asks for replacements. He also dunks the cordless phone in the sink, ruining it. The second young man, Paul (Arno Frisch) arrives and appears frightened of the family dog. The two remain extremely polite but are nevertheless disturbing. Paul sees Georg’s golf clubs and asks if he can try them out—we discover later that this is a prelude to the night’s activities, as Paul doesn’t hit golf balls, but uses the club to kill the dog.

Eventually, father and son come back to the house from the boat dock and the second act begins. Peter and Paul hold the family hostage and play a series of sadistic games with them, all slowly building. It’s not much of a spoiler to say that there’s only one way the film can end. The reason for that is Paul’s penchant for breaking the fourth wall and all rules of film characters.

It starts not long into the second act. Playing the first sadistic game with the family, he questions them with how he tested the golf club when he still possesses the golf ball. As he forces Anna to look for the body of the dog, he turns to the camera and winks at the audience. Later, he makes a bet with the family—he bets that they will be dead in 12 hours. He asks the audience to make the same bet with him, revealing that his awareness of being a film character puts him in complete control of everything that happens. In fact, Paul is so in control of everything that when something goes badly wrong, he grabs the television remote and literally rewinds the film to the point where the problem occurs and tries it again.

I cannot say that I enjoyed watching Funny Games in the least. I do, however, respect everything that Haneke has done here. The entire idea of the film is to break down what the audience expects and change it, putting not the filmmaker in control of the situation, but one of the players himself. In fact, The entire thrust of the film is to give the audience precisely what it doesn’t want because that is what Paul wants. The film casually destroys all expectations and rules and offers us no real reward for observing.

In a real sense, Funny Games finishes what a film like Peeping Tom started. Michael Powell’s film shows us a killer, tells us he’s a killer, and provides us with horrible crimes that we are not only witness to, but become complicit in thanks to camera angle and our surprising ability to sympathize with the killer. Haneke’s film is no less voyeuristic, but offers us no sympathy. Instead, we are forced to be witness to something that we and the other characters in the film are powerless to prevent, particularly with the ending as presented here.

This is not a film to recommend, but it is a film to see. Haneke is smart enough to keep most of the violence off-screen. We see very little, although it’s always evident what is happening. Haneke’s film world here presents a universe that is not simply uncaring but that is actively malicious, and that takes real pleasure in destroying what it finds. There’s no catharsis here, but there is plenty to think and talk about. 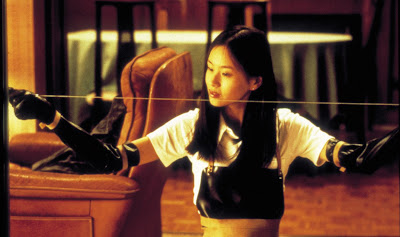 I knew going in what most people know: there’s an extended torture sequence at the end. Knowing this, I was concerned not about the actual scene, but about waiting for it and knowing that it’s coming. What I wasn’t prepared for was the incredibly slow burn of getting there. The film starts not only not presaging what is to come, but in a completely different genre. The first half of this film is a strange little romance that takes a very hard left turn just before the hour mark.

We start in a hospital where the wife of Shigeharu Aoyama (Ryo Ishibashi) dies. We then immediately flash forward to a number of years later. Aoyama’s son is now a teen and decides that his father is lonely and should remarry. Aoyama is reluctant, but discusses the idea with his friend Yasuhisa Yoshikawa (Jun Kunimura). Yoshikawa is a film producer and comes up with an interesting idea. He’ll put out an ad casting for a new film, an open casting call. Aoyama will look over all of the applications, choose a group of them, and then help with the audition process. Essentially, while Yoshikawa is casting his film, Aoyama will be casting the part of his new wife.

We see a good deal of the casting process, but it seems very much like he’s made up his mind far earlier. He is taken with Asami Yamazaki (Eihi Shiina) because of the short biography she wrote in her application. She talks about ballet and having to give up on her dream because of an injury. Aoyama is evidently moved by her obvious maturity, and the interview does nothing to change his mind. Yoshikawa is unsure, saying that there is something off about the girl, but Aoyama remains undeterred.

And this is when everything goes straight to hell. We see inside Asami’s apartment when Aoyama calls her. It is completely obvious That she has been waiting by the phone for the call, obsessively staring at it until it rings. And then everything really takes a hard turn when the large laundry bag in the back of the room starts moving and making noise.

From here, it becomes a case of Aoyama trying to track the girl down after a night of sex. The problem is that every lead he has from her application ends not only in a dead end, but in something terrible. The owner of the ballet school she attended has prosthetic feet. The owner of the club she claimed to work at was brutally murdered and dismembered, and when the police reconstructed the body, they found a few extra parts. And, of course, there’s still the giant bag and what it contains.

Regular readers of this site know I don’t pull out the potty mouth very often, but Audition warrants it. The last half hour of this film is some pretty fucked up shit. I’m not going to go into detail. If you’re a fan of this sort of thing and haven’t seen the movie, you should see it without it being spoiled. If you’re not, you aren’t going to want to read the description anyway. If you’ve seen the film, you know that I’ve undersold it by a half.

So let’s get to the heart of it. I didn’t like the experience of watching this film. It might have been better to go into this cold, knowing nothing, but I’m not sure that’s really possible. The shock of realizing that there is something far more terrible going on underneath all of this is still effective and still works, but this is not a film that has anything good happening to anyone in it, despite the opening act. It’s brutal and disturbing and stomach turning. It would be the same without knowing anything at all, but it would be more of a shock. It would also have the benefit of not anticipating the horror to come at the end.

Why to watch Funny Games: It’s a complete breakdown of film and expands the vocabulary of what film is capable of being.
Why not to watch: It’s truly horrifying.