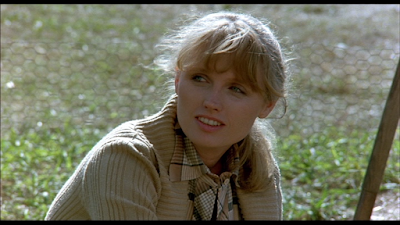 It honestly feels like 1983 is one of those years for actresses where the Academy just went with the biggest names in the biggest films they could find. For the most part, I don’t loathe any of the nominees, but in most cases I also find it difficult to get really excited about any of them. Melinda Dillon’s work in A Christmas Story didn’t have a hope of earning her a nomination, but I’m not sure she could have been better (honestly, though, it’s more of a supporting role). I’m not a huge fan of Cujo, and horror is Oscar poison, but Dee Wallace should get some recognition. El Norte does feel like an Oscar film, though, and the performance of Zaide Silvia Gutierez feels like the stuff of gold statues as well. Comedies tend to be overlooked, too, but I like Teri Garr in Mr. Mom. But really, the one I think we’re missing the most is Tess Harper’s work in Tender Mercies.

5: I said in my review of it that Terms of Endearment is a well-made film made for people who aren’t me. I stand by that. For me, though, the biggest hurdle to overcome was Shirley MacLaine and the character she is playing. I don’t see the charm of this sort of personality even if so many other people do. In fact, the first time I tried to watch it, I turned it off specifically because I couldn’t stand MacLaine’s character. I realize I’m damning the actress for the role, but there are times when that can’t be helped. This is one of them.

4: Within the past week I’ve praised Debra Winger, but I’m putting her just barely above Shirley MacLaine’s Aurora here. Again, I’m likely damning the actress for the role, but I don’t really see anything that extraordinary from Winger here. She is an actress of diverse talent and in a good role was capable of great work, but Emma seems to exist less as a character than she does as a plot device. I guess the only reason she’s fourth instead of fifth is that I like Debra Winger more than I like Shirley MacLaine.

3: My problem with Meryl Streep’s nomination for Silkwood is that I don’t think she’s the most memorable person in the film. That title goes to, surprisingly enough, Cher, who was nominated for a supporting role. Is Cher really better than Meryl Streep? Probably not, but I remember her character more. Streep can mold herself into any role that she is handed, and there’s a reason she seems to be nominated for something every year. Her work in Silkwood is good, but I’m not sure it’s “Meryl Streep” good, if that makes sense. Her winning for this role would feel like a career achievement for a role that didn’t deserve the win.

2: I didn’t really expect to like Educating Rita since it seemed like just another version of the Pygmalion story. As it happened, I liked it quite a bit and Julie Walters was a bit part of the reason why. Rita isn’t just a rehash of Eliza Doolittle. She has more guts, more brains, and has more to lose. I like what Walters did with the role and I love her chemistry on screen with Michael Caine. Of the five nominations, this is the first one I’ve gotten to where I think the nomination was wholly deserved, and had she won, I’d have been kind of okay with it. Oh, Rita will never replace Marge Gunderson or Ellen Ripley as one of my favorite film characters (of either gender, really), but everything she is comes from Julie Walters, and that’s a lot.

1: I tend to do these lists bottom to top. I start with what’s missing and work my way up to a winner. In this case, I knew the winner the moment I decided on this category and this year. Jane Alexander is absolutely gutting in Testament. It’s not easy (I would imagine) to portray someone who has lost everything—literally everything—and is still somehow finding a way to move forward and survive. Alexander spends the early part of the film working continually through the five stages of grief and comes out the other side as someone who is completely numb to the world. She walks a fine line next to melodrama and never steps over it. It’s a master class in handling a role and the Academy was right to nominate her and wrong to ignore her. She deserved the win.