Sometimes, I Hate this Pastime 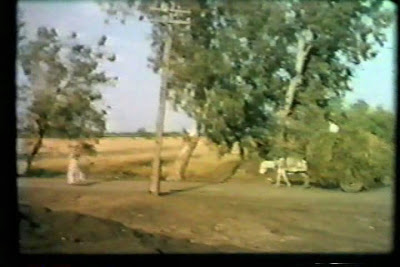 I dread films like Zu Fruh, Zu Spat (Trop Tot, Trop Tard in most places, Too Early, Too Late in English). I knew it was going to be a rough ride, and while I’ve certainly watched films that have been more difficult or that have tried my patience more significantly, there’s a level of annoyance at a film like this that I find difficult to express adequately.

See, here’s the thing. My habit in reviewing a film is to open up two browser tabs as reference points. One page I keep open is the IMDB page for a given film. This is used mainly for reference with the names of actors and their roles in the film. The other is the film’s Wikipedia entry (yes, I know I tell my students not to use Wiki pages, but they’re fine for quick reference, and I’m doing no real research). I use the Wikipedia page to keep myself honest with the order things happened. It’s a plot touchstone, ensuring that I more or less get the plot summary correct. This film has no Wikipedia page. Think about that for a second. Some of the most obscure crap ever made has a page on that site, but Zu Fruh, Zu Spat does not.

Any undertaking of this size and complexity—the creation of a definitive “must-see” list—will certainly have questions about what is included and what isn’t. There is a genuine feeling of cinematic hipsterism. A small percentage of the films on the big countdown are genuine obscurities. Deseret was one, certainly. This is another. I get the feeling that Zu Fruh, Zu Spat was included here not despite its complete obscurity, but because of it. “It’s great because I’ve seen it and you haven’t.” There are a few others here that gave me the same impression (Ceddo in particular), but none with the sort of force that this one did. It feels quite literally like this is here specifically because it is so hard to find, and thus completing the entire list becomes something achievable only by a small number.

So now that we’ve covered my objection to what seems to be the only reason this film showed up in the first place, I should probably talk about the film itself. It is most similar to the aforementioned Deseret in that it consists of panoramic landscapes and cityscapes with some voiceover narration that seems completely unconnected. The narration frequently stops for minutes at a time. In some places, the narration stops and so does the camera movement. More than once, I thought there was a problem with one of the files because nothing was happening.

Like Deseret, it makes sense to consider the images and the narration separately, since they have little direct connection with each other. The images are of France and Egypt. Frequently, the camera pans left or right, then finds something it likes looking at and stops. The Book calls these images beautiful, but that’s not a word that jumps to mind for me. No, these images look like someone’s faded home movies. They are blurry and washed out, the way someone’s personal 16mm film becomes worn and faded over time, the images starting to fuzz at the edges. Palm trees in the Egyptian distance are palm trees only by deduction. They are little but vague outlines from the perspective of the audience. This is a theme that continues through virtually every image presented. There isn’t a sharp line of contrast anywhere; even foreground images seem to fuzz into the sky.

The voiceover work discusses both France and Egypt in Marxist terms. In the case of France, we learn all about how there are lots of poor people at various places in the country. As regards Egypt, we learn about Marxist revolts and people dying. I’m going to say this and it will sound harsh: I don’t give a shit. Certainly I care about people living in poverty and people dying, but I don’t really care a whit about the Marxist perspective of same.

Additionally, it should be noted that there is a great deal of ambient sound in this film, much of it loud, strident, and painful. Frequently, this is incredibly loud bird noises that are particularly painful through headphones. In large sections, particularly in the part on Egypt, that ambient noise substitutes for anything like content. For long sections of the film, we see people pushing bicycles in front of a building (for instance) and hear lots of chatter and car horns. And nothing happens. People walk by. We hear a truck revving. After minutes of this, we watch kids play baseball in a train yard. This is little more than perceived importance by way of impenetrable obscurity. Frankly, I have little time for this kind of pseudo-artistic fuckery.

I remain convinced that this was something that ended up as a must-see for me because someone was feeling smug and self-important. Someone saw this, realized it was incredibly obscure, and decided that they could earn cinematic street cred by claiming its importance, full well knowing that the vast majority of people in the world had no possible way to dispute it. Zu Fruh, Zu Spat/Trop Tot, Trop Tard is a waste of time unless you harbor the same sort of OCD tendencies that I do.

Why to watch Zu Fruh Zu Spat: You’re a List completist.
Why not to watch: It’s a load of shit.