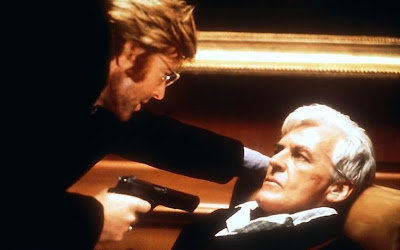 1975 is a strong year, and any group of five films from this year will certainly be missing something. Three Days of the Condor jumps out at me as a film that was worthy of some consideration for something; it’s an underrated film in general. The Man Who Would Be King is another that seems to fit the Oscar mold. Science fiction is never a favorite Oscar category, but I’d toss out both Rollerball and A Boy and His Dog as interesting films that had no real hope of any sort of nomination. On the foreign front, both Jakob the Liar and Dersu Uzala managed to be passed over.

5: I won’t disagree that Barry Lyndon is a well-made film, but it’s a well-made film that I don’t like that much. That’s not something I say in conjunction with the films of Stanley Kubrick that often, but I can’t not say it here. Barry Lyndon is long and dull. It’s well-made and beautifully filmed and I appreciate what Kubrick was trying to do. I just wish he’d decided to do it with a more interesting story.

4: I have a love/hate relationship with the films of Robert Altman, but I rather liked Nashville. It’s got a lot going for it, but it’s also up against a trio of movies that I like a hell of a lot more. I’d watch any of the other three before I’d select watching Nashville again. That’s not a slam against this film, because I liked this far more than I thought I would. It’s definitely worth your time, and I don’t question it’s nomination at all. That’s said, I wouldn’t pick it above the other three.

3. This is a tough one. I really like all three of these movies. As much as I love Dog Day Afternoon, it’s the one I’d drop out first only because I don’t have the history with this film that I do with the other two. That’s entirely a personal choice on my part, and if you told me that you think it should have won, I won’t disagree with you. Had it won, I’d have accepted it. It’s a fascinating story and it goes a lot of places that I found really interesting and mildly shocking. It might have been too much for the members of the Academy.

2. I dearly love Jaws, as evidenced by my banner. As the film that created the summer blockbuster film, it’s a difficult one to ignore. Spielberg managed to do something that isn’t all that common; he made a genuine horror film that became a crossover success. Non-horror fans saw and were terrified by and loved this film. It’s inventive and it’s also really scary, and it tuned just about perfectly. There are notes of humor just at the right time and played just right all the way through. It probably had no real hope of winning, but I’d have been very happy with it taking the top prize.

1. But I really can’t fault the choice of One Flew Over the Cuckoo’s Nest. This is another of those rare films that I can’t really think of a good way to improve. It’s very close to perfect all the way through. It also features what may be the best moments of Jack Nicholson’s career, and that says an incredible amount about just how good this is. It’s hardly a fun film, but it is (I think) objectively great rather than merely great in opinion. As much as I love Jaws and Dog Day Afternoon, this was absolutely the right choice. 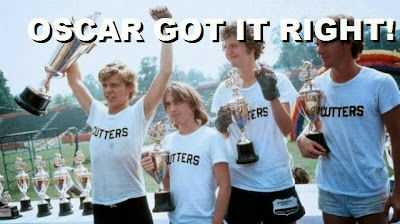