The Contenders:
Hamlet (winner)
Johnny Belinda
The Red Shoes
The Snake Pit
The Treasure of the Sierra Madre 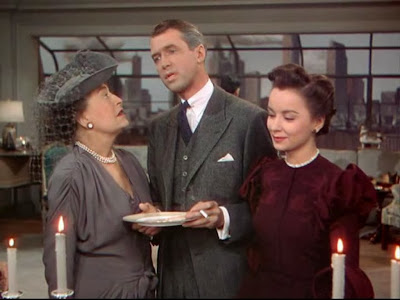 It feels like the first time I’ve said this, but Oscar did a pretty good job with the nominations this year. Naturally there are a few other films that were worthy but weren’t nominated, but overall, the five films named for the top award were all good choices. Sorry, Wrong Number is worth some consideration, as might be Key Largo, Rope and perhaps Red River. On the foreign side, Ladri di Biciclette is worth a nod. I’d love to toss in Orson Welles’s Macbeth or the comedy Mr. Blandings Builds His Dream House, but I haven’t seen either of them, so I can’t judge. 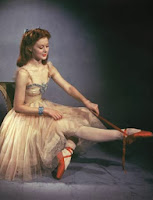 5: Since I’ll almost certainly catch hell for putting it last, I should say that I think all five of the nominees were worthy of the nomination. My problem with The Red Shoes isn’t the music or the dancing; it’s everything else. The plot is just too thin and the romance is too suddenly worked into the narrative for me to buy into it. Add 15 minutes and sell the romance and I’d be more willing to consider it. Without that buy-in, this is just a beautifully made dance film that tries to have a story.

4: Hamlet is considered the world’s greatest drama and this version stars Olivier, the world’s greatest actor at the time. How can it come in fourth? Well, because despite all of the guaranteed quality, it’s still only the second-best Hamlet on film at best. While good, even great, not enough is done here to separate it from a stage play. Oh, we get some interesting camera angles. And? It being “just” Hamlet should be good enough, but really, it’s just Hamlet.

3. Deciding between second and third was actually the toughest call for me, but I’ll put Johnny Belinda third. I was suitably impressed with this film all the way through, but it’s still too telegraphed for me. The biggest failing is that the whole plot could be solved with a two minute conversation that happens at any point before the climax of the film. That’s a weakness in the script. Good performances are worth a lot and I love the serious nod to family here, but I can’t get past the idea that two or three sentences end this half an hour earlier. 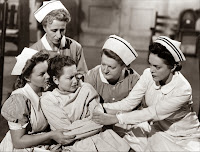 2. I went into The Snake Pit knowing nothing and came out the other side buying into it almost completely. It’s the sort of film that has everything Oscar wants. It’s about a touchy and delicate subject, it deals with that subject as well as it can, and it has a hell of a performance from Olivia de Havilland. Ultimately, though, it shorts the ending. We go from “she’s crazy” to “she’s cured” with a fade to black. Here’s another one where 10-15 minutes more would make it even better. 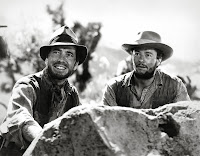 1. The Treasure of the Sierra Madre is clearly the winner here. I may have had to think about what I put second and third, but it took me no time at all to choose the winner. This is a truly iconic film, and one that works as well now as it did in 1948, no changes necessary, no need to look at it through the lens of when it was made. It’s one of Bogart’s best performances, too. I’d have been mildly okay with any of the five nominees winning, but I’d have been by far the happiest with this one being named.

Email ThisBlogThis!Share to TwitterShare to FacebookShare to Pinterest
Labels: 1948, Best Picture, Hamlet, Johnny Belinda, Oscar Got It Wrong, The Red Shoes, The Snake Pit, The Treasure of the Sierra Madre