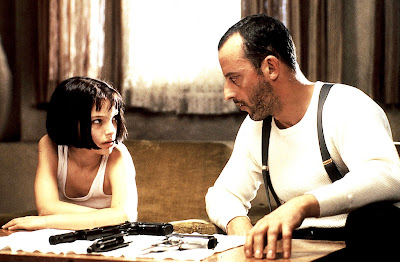 The Academy did a decent job with the nominations this year, although there were a number of notable films worth mentioning that did not have a shot at the top award. Preeminent among these is Leon: The Professional, arguably Luc Besson’s most impressive and best work. Also on the non-English language front, Kieslowski’s Three Colors: Red and Ang Lee’s Eat Drink Man Woman would seem potential candidates. With precedent of animated films being nominated for Best Picture, The Lion King certainly is worth a mention. Beyond this, Ed Wood and Natural Born Killers may have been too strange for this award, but would not have been completely out of bounds selections.

Weeding Out the Nominees

5: Since I’m basing this entirely on personal opinion, I see nothing wrong in immediately knocking out eventual winner Forrest Gump. There are plenty of technological reasons that this was an impressive film. Including Tom Hanks in stock footage, Gary Sinise’s missing legs—these were exciting moments for the film geek. But the story itself is maudlin and ultimately silly. This is bottom-level philosophy trumped up to look like wisdom. Every character in this film is either rock stupid or aggressively selfish and/or angry. None of this is appealing.

4: Four Weddings and a Funeral is a very good film, but I’m not entirely sure it’s worthy of a Best Picture nomination. It earns points for managing to avoid some of the obvious tropes of the genre, even for transcending its genre in a number of places. It’s a bit corny in places, but it is solidly written and performed. It’s biggest problem is the sheer size of the cast. It needs either fewer people or another 20 minutes to make some of those people more central to where the film wants to go.

3: I like Quiz Show pretty well, and it has all of the earmarks of a traditional Oscar film. It’s based on a real story, it has a sort of prurient appeal since it’s about a national scandal, and it’s beautifully acted all the way through. The best part of Quiz Show is the story itself, though, and while vital, interesting, and worth watching, I’m not convinced that it’s enough to catapult this to the top spot for the year. I like it being a nominee, but I’m also satisfied that it didn’t really deserve to win. 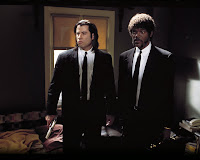 This leaves us with the two films that in my opinion should have really been up for this award: Pulp Fiction and The Shawshank Redemption. While perhaps not his greatest accomplishment, Pulp Fiction was absolutely Quentin Tarantino's emergence into national prominence as a filmmaker. It's a hell of a good movie, weaving a number of related stories into a something that reaches a logical ending despite not ending at the conclusion of some of those stories. It's smart, features great dialogue, and contains a host of characters who are memorable for good reasons instead of embarrassing ones. With The Shawshank Redemption we get everything that makes an Oscar picture an Oscar picture and it's all done perfectly. Again, we have memorable characters. We have people fighting against injustice. We have characters who have been treated unfairly and struggle just the same. And true to the title, we have that redemption in the end. The third act of Shawshank remains (my opinion only) one of the great sequences of film in the 1990s. 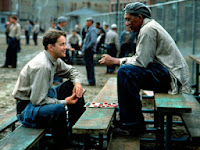 I'd have genuinely been happy with either of these taking the prize, but at gun-to-head time, both my heart and my head side with The Shawshank Redemption. It holds up 20 years after it was produced, and is just as vital now as it was in 1994. Sure, the ending might feel a little corny, but after everything we go through with Andy Dufresne and Red, it's exactly what we need. The Shawshank Redemption hits every note and hits them all perfectly.