The Contenders:
The Color Purple
Kiss of the Spider Woman
Out of Africa (winner)
Prizzi’s Honor
Witness 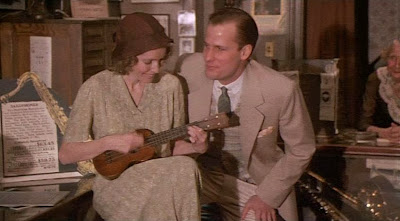 While 1985 was a great year for film, you certainly wouldn’t know that by looking at the five Best Picture nominees. Just looking at the nominees for Best Original Screenplay shows how good a year it was: Back to the Future, Brazil, The Official Story, and The Purple Rose of Cairo were all good enough for that nomination, but not for the big one. Toss in the missed films—and while Back to the Future is admittedly a stretch, the others mentioned aren’t—you don’t have to stop there. Films like The Breakfast Club, LadyHawke, Silverado and The Goonies aren’t going to get Best Picture nods, but are certainly worth seeing. On the foreign front, we have Ran, Come and See, Shoah, The Burmese Harp, Mishima: A Life in Four Chapters and the wonderful Tampopo, most of which were ignored completely. I’m sure there are a number I have forgotten.

5: The Color Purple is the sort of movie that you’re not supposed dislike, but dislike it I did. The overwhelming message of this film is that men are bad, weak, or both. It’s a film that is ugly in its intent, and I have significant problems with this. I’m fine with people who like this movie or find it important, but I’m not going to be guilted into thinking that it’s great. Spielberg often plays to maudlin, and he goes for it with both barrels here.

4: The biggest selling point of Out of Africa is the beautiful scenery. Come to think of it, in my world that’s the only selling point of this film. The romance is tepid at best; in a three-hour film, it doesn’t even become a romance until the final hour. Out of Africa is little more than a big budget Harlequin Romance with its exotic locations and people with dangerous jobs. I got less from this than I would a nature documentary, which would have the same beautiful landscapes and would actually teach me something.

3. Prizzi’s Honor is a good dark comedy as well as a mob film and it features the direction of John Huston. It’s got a lot going for it. I’m just not certain it was worthy of a Best Picture nod in a year with this many good films. I enjoyed the hell out of it, but can’t help thinking that there are at least a half dozen films I would have rather seen in this position.

2. With Kiss of the Spider Woman, we have the sort of film that on its surface is exactly what the Academy is looking for, but seems to have some additional problems under the surface. William Hurt winning for his portrayal of a homosexual prisoner may have been as far as the Academy could go in awarding this film. I like this film just fine, but I’m not sure it deserves to win. 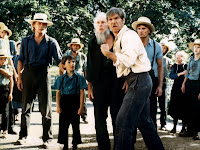 1. All of this brings us to Witness, which is a fine movie. There’s a lot to like with Witness, but there are also some significant problems with it. I don’t buy the way our Amish temptress acts throughout the film. I am disappointed in the way it bows to the conventions of its genre. I like Witness more than I like the rest of the nominees from this year, but I still don’t think it’s worthy of Best Picture. It's far too predictable in places and has too pat an ending for it to be anything more than a very good example of its genre. 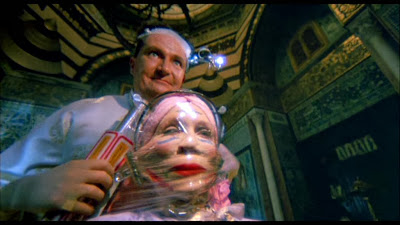 None of ‘em. Go back to the top paragraph here and pick a sampler of any five of those films mentioned and you’d have five films I almost certainly liked better than all five of these. For my money, the best English language film of 1985 was Terry Gilliam’s Brazil. The greatest movie of the year was Kurosawa’s Ran. My favorite movie of the year, though was Juzo Itami’s Tampopo. Any three of those would have been a better choice. 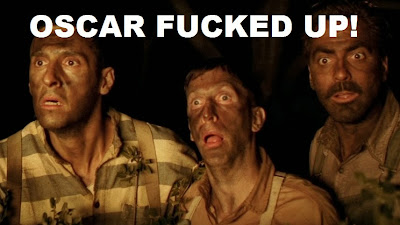 Email ThisBlogThis!Share to TwitterShare to FacebookShare to Pinterest
Labels: 1985, Best Picture, Kiss of the Spider Woman, Oscar Fucked Up, Out of Africa, Prizzi’s Honor, The Color Purple, Witness