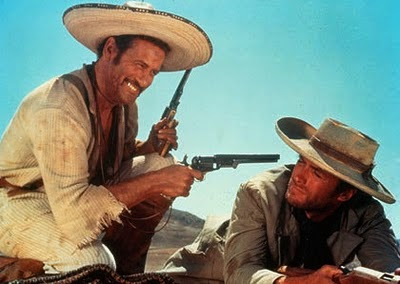 Are there actor performances worth noting from 1966? Of course there are. There are three from The Good, the Bad, and the Ugly right off the top in Clint Eastwood, Lee van Cleef, and Eli Wallach. David Hemmings in Blow Up might be worth a nod, and while most people probably won’t agree with me, I’d consider Rock Hudson in Seconds as a potential contender. I didn’t much like Morgan: A Suitable Case for Treatment, but I did like David Warner in it quite a bit. I like Fahrenheit 451, but Oskar Werner might be a longshot for a nomination. How about Vaclav Neckar from Closely Watched Trains? Other films I liked from 1966--Persona, Au Hasard Balthazar, and Daisies don’t really have a male performance of note.

5: All of that said above, this is actually a pretty tough pick. I’m putting Alan Arkin for The Russians are Coming, the Russians are Coming here not because it’s a bad performance but because it’s simply the weakest of the five and the nomination I understand the least. I’d much rather see several of the names above here in this spot. It doesn’t help that this film (I won’t type the name again) hasn’t aged well at all. Sorry, Alan. You got your Oscar eventually anyway.

4: I feel guilty sticking Steve McQueen’s only Oscar nomination in fourth place because I like Steve McQueen a lot. I think he was a genuinely great actor and had a lot of roles I really enjoy watching. The problem is that while The Sand Pebbles isn’t bad, it’s also not great and nothing new from him. He plays the same role here that he played in most of his movies. His nomination is not hampered by what he does, but more by the fact that he does the same thing in better movies during a lot of his career.

3: Paul Scofield ultimately won this Oscar and I have to admit that his performance as Thomas More is a good one. He brings a real dignity to the role and he’s worth watching during every frame. It’s also probably the best role of his career. The problem again is that there are better performances from this year. Scofield is the best part of a pretty good (albeit slow) movie, and while that might be good enough for the real world, it’s not good enough for the world inside my own head.

2: Ah, Michael Caine in Alfie is really Michael Caine hitting on all cylinders. He’s got the license to be naughty and chatty and fun throughout and he makes the most of it. Alfie as a character is a complete bastard, but he’s also likeable. Caine manages to make Alfie someone we enjoy spending time with even though Alfie is a jerk and treats others shamefully. That takes talent and serious chops, and Caine brings it all to bear in this film. 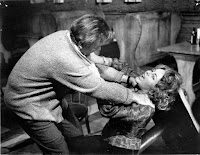 1: But really, this year and this award should have belonged to Richard Burton. Who’s Afraid of Virginia Woof? was nominated for a whopping 13 Oscars and it won 5, but it should have won at least one more. Burton is perfect in this role, begging the question of exactly how much of this was acting and how much of this was simply Burton being himself while people called him by a different name. I don’t care either way. Sometimes, even a known ham gets it right. He’s magnetic on the screen and he should have walked away with the gold.

Posted by SJHoneywell at 5:45 PM