Sex and the Suddenly Single Girl

Film: An Unmarried Woman
Format: Streaming video from NetFlix on The Nook. 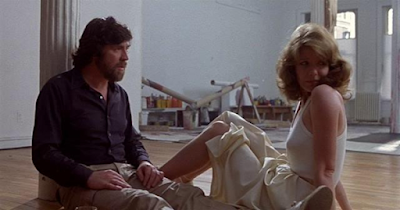 I had some qualms going into An Unmarried Woman. There wasn’t really anything to it beyond the name of it. As it turns out, there are things about this film that I genuinely like and a few things that I don’t. For me, the main detraction from this film is that if we switched the genders of the characters, we’d have a very different movie on our hands and a very different reaction to it. For all of its “I am woman” roots, there’s something sexist about An Unmarried Woman.

For the first 20 minutes or so, we’re involved in the apparently happy marriage of Erica (Jill Clayburgh) and Martin (Michael Murphy). They have a very active sex life and a teenage daughter named Patti (Lisa Lucas). So what happens after the first 20 minutes? Martin tells Erica that he’s been having a year-long affair and wants a divorce. Naturally this throws Erica’s world into an uproar.

So what happens? Well, Erica starts to explore the world as, well, an unmarried woman. This involves sex with Charlie (Cliff Gorman), an artist she knows from her part-time job at an art gallery. It also means going to a therapist (Penelope Russianoff) to sort out everything that’s going on in her head. It also frequently means looking at the world through a set of glasses that essentially sees every man as a potential sex fiend. She relies on her friends for some support, but mostly goes on her own here, looking for some way to restructure her life with some meaning now that all of the meaning she thought she had is gone.

Eventually, Erica meets Saul (Alan Bates), a successful artist. The two become interested in each other and start a relationship based on something slightly more than sex that starts to blossom. But it’s also soon evident that Saul is much more interested in Erica than Erica is in him, a fact that Saul learns to deal with in the closing moments of the film.

For me, the entire key to An Unmarried Woman comes in two conversations. The first is between Erica and Martin toward the end of the film. In one of the better woman-power moments of the decade, Martin essentially begs to come back since he’s been dumped by his girlfriend and Erica refuses to let him back into her life, having discovered that she likes being who she is without him. It’s a nice moment and I was completely behind it.

The second conversation is between Erica and Saul near the end of the film. Saul summers in Vermont with his kids from his failed marriage and he wants Erica and Patti to come with him for the summer. Erica doesn’t want to go for that long. Saul is clearly pursuing a more solid relationship but Erica isn’t buying. She asks him if he wants to see other women and he immediately says he does not. He asks here if she wants to see other men, and she says, “Not today.”

Now, switch the genders of Erica and Saul. Any guy in a film who did that—and maybe this is just film expectations talking—would immediately be branded as an insensitive asshole. But we’re supposed to see this as a moment that empowers Erica or is at least a continuation of the proof of her recent empowerment. Like it or not, that bothers me. It’s not the action that bothers me so much, but the evident double standard that we’re supposed to accept this act from a liberated woman of the late 1970s that we wouldn’t accept from a man.

There is a good bit of man hating in An Unmarried Woman because, with the exception of Saul (and even him a little), all of the men in the film aren’t merely sex crazed in Erica’s imagination, but are actually sex crazed. One guy even attempts to molest her in a cab at one point in what would normally be considered a criminal act.

So where does that leave us? It leaves us with a good performance from Jill Clayburgh, which is why she was nominated for an Oscar. It leaves us with a screenplay that is very up and down. Some of the moments here, when Erica talks to her therapist and at some other times, are very honest and real and come across really well. Other moments just seem ugly and kind of stupid, the sort of thing that really doesn’t belong in a film like this, like the taxi cab rape attempt.

And so, I end up torn here. There are definitely things about An Unmarried Woman that I really like, but there’s too much I dislike here for me to really love the film. It’s potentially great in spots, but it’s also pretty loathsome in spots. Ultimately, I’m pretty lukewarm on it.

Why to watch An Unmarried Woman: A strong female lead.
Why not to watch: It’s got more than a touch of man hater in it.