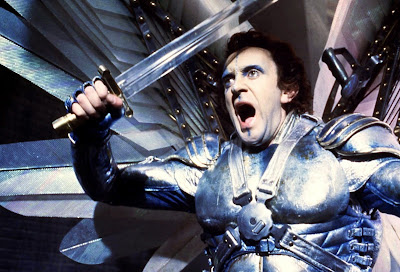 Oh 1985, you so crazy! Seriously, though 1985 is the sort of year that can shake the faith of anyone who watches the Oscars with any amount of interest. Directors who were not merely snubbed but kicked to the curb include Robert Zemeckis for Back to the Future, Terry Gilliam for Brazil, Elem Klimov for Idi i Smotri and Paul Schrader for Mishima: A Life in Four Chapters. I might throw in Woody Allen for The Purple Rose of Cairo, Juzo Itami for Tampopo, Agnes Varda for Vagabond, Andrei Konchalovsky for Runaway Train and even William Friedkin for To Live and Die in L.A. before I’d nominate a lot of what actually got nominated. I’m also absolutely certain that I’ve forgotten a bunch, since The Breakfast Club, Ladyhawke, Silverado, and The Goonies are from the same year, as is Shoah, which couldn’t even manage a nomination for Best Documentary Feature. 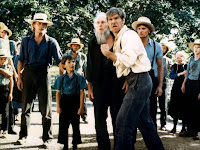 5: Witness? Really? This is a film that featured better direction than Brazil? The only minor innovation here is that we’re dealing with Amish people instead of people who actually use technology, and that comes from the screenplay and not the direction. I can’t think of a single thing that Peter Weir did to make this film better than the screenplay it started with. I don’t dislike Witness at all, but Weir’s nomination makes no sense to me.

4: Prizzi’s Honor? Really? This film features more interesting directorial choices than Mishima? I get the feeling that this was nominated because it was directed by John Huston and the Academy wanted to honor the man’s career. Don’t get me wrong; I love John Huston as much as anyone and there were plenty of films in his career that deserved nominations. Prizzi’s Honor wasn’t one of them, though. If you want to honor the man, give him an honorary Oscar. Don’t take away a nomination from someone who really deserved it.

3: At least Out of Africa is pretty. I’ll give it that. What it isn’t, at least in my opinion, is interesting. This is a bloated movie that doesn’t even really get started on what everyone wants to see (the romance) until the film has already played out for two hours. All of the reasons this film is worth watching belong not to our eventual winner Sydney Pollack, but to his cinematographer, David Watkin. Watkin won the Oscar and deserved it. Pollack won and didn’t deserve it.

2: Kiss of the Spider Woman is a film that I respect a hell of a lot more than I like. There are some good choices made in the creation of this film, and I respect the ideas that the film was made with. This is the first film that was nominated that I can kind of understand the nomination for, but if I was asked to come up with the five directorial performances of 1985, I don’t think that this would make my list. It’s a good effort, but I’m not convinced that it’s a great one.

1: Finally, with Ran and Akira Kurosawa, we get to a film where the director absolutely deserved to be nominated. I like Ran a lot, and a great deal of what I like about it is the way that Kurosawa tells the story. I’m not someone likely to push the pleasures of King Lear in particular, but make it with samurai and do it in color, and I’m transfixed by it. Ran demonstrated that Kurosawa, thought to be washed up, still had gas in the tank. I ultimately might not give him the statue, but he definitely belongs in the conversation. For me, it’s a toss-up between Kurosawa and Terry Gilliam, but since ties always go to the Academy, the Academy misses a complete fuck up by the narrowest of margins.

Email ThisBlogThis!Share to TwitterShare to FacebookShare to Pinterest
Labels: 1985, Best Picture, Kiss of the Spider Woman, Oscar Got It Wrong, Out of Africa, Prizzi’s Honor, Ran, Witness